Shares of Coal India have gained nearly 60 percent this year and rank among the top performers on the Nifty 50 index.

State-run Coal India Ltd. is likely to report strong revenue growth for the September quarter backed by better prices due to the global coal shortage and a strong demand for power.
A CNBC-TV18 poll expects the PSUs net profit and operating performance to double compared to the same period last year. 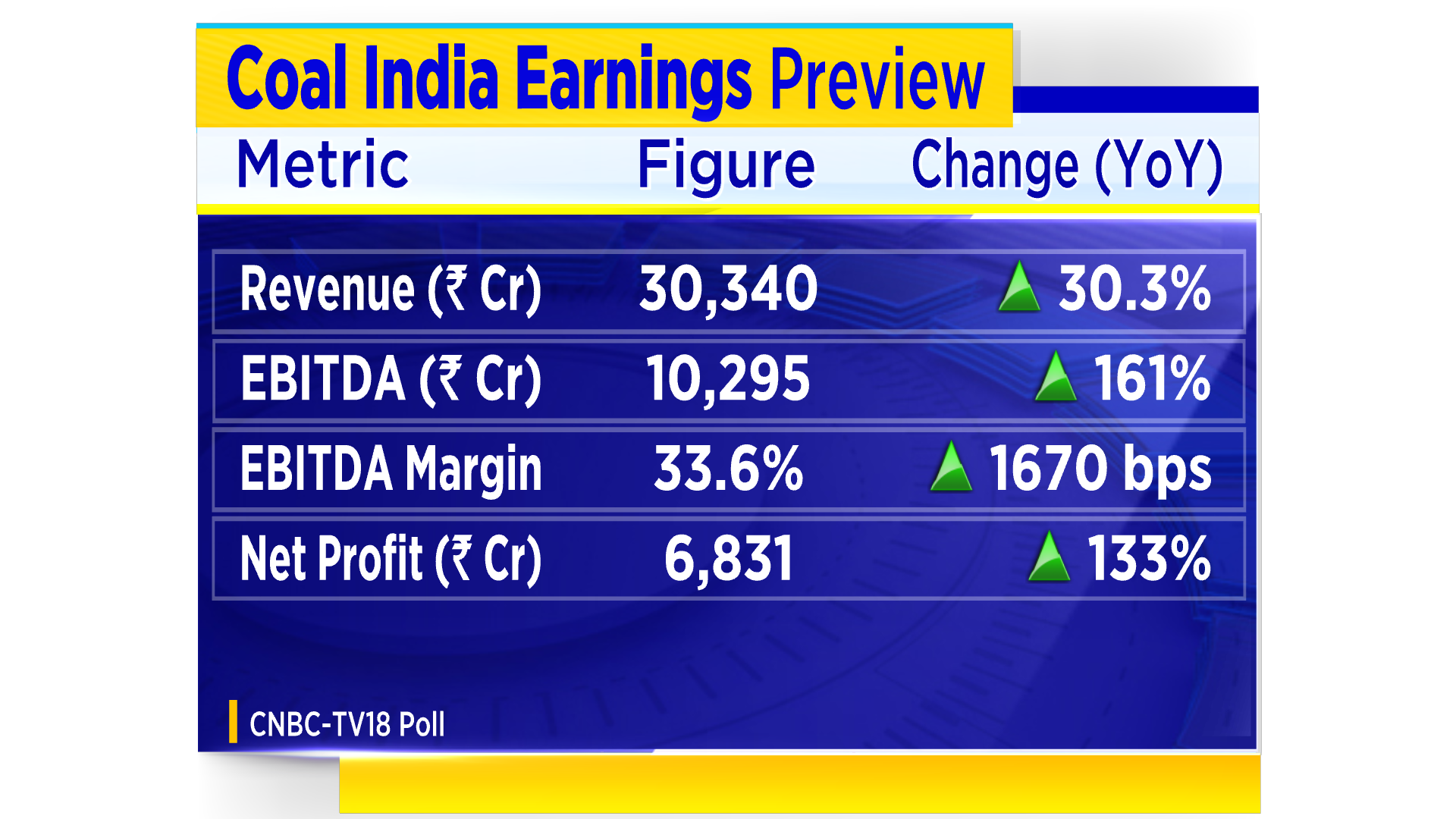 Most of the topline growth during the quarter is likely to be led by higher realisations. The company may benefit from higher e-auction premiums and the absence of discounts that were given during the 2020-2021 period. These factors may contribute to better blended realisations for Coal India during the quarter.
Blended coal is a mixture of coals of various qualities and predetermined quantities used to generate the final product.
Coal India's offtake during the quarter increased 5 percent from last year at 154.3 million tonnes. Volume growth has been supported as elevated international prices led to a higher degree of import substitution coupled with improved demand from power plants and industries. The higher e-auction premiums, operating leverage and stable fixed costs will also contribute to Coal India's operating performance.
Also Read: The world's fifth largest coal producer is the hottest blue chip stock in India this year - here's why
Among other factors that need to be tracked during the quarter include a possible roadmap for the company to achieve 1 billion tonnes in production by the next financial year.
Another key variable would be any possible provisions made for wage hikes. Clarity will also be awaited on the company's target on production and dispatches for the full financial year.
For the current financial year so far, Coal India's production has increased 18 percent from the comparable period last year while offtake has increased 6 percent.
Any possible dividend payout or clarity on an Offer for Sale by the government will also be closely tracked. As of the September quarter, the government holds 66.13 percent stake in the company.
Coal India has been one of the star performers on the Nifty 50 index this year and is on track for its best ever annual performance since it went public over a decade ago. The stock is currently trading above its IPO price of Rs 245, and has gained nearly 60 percent this year.
Also Read: Coal India plans 17 projects worth Rs 11,000 crore for green transport of coal
Check out our in-depth Market Coverage, Business News & get real-time Stock Market Updates on CNBC-TV18. Also, Watch our channels CNBC-TV18, CNBC Awaaz and CNBC Bajar Live on-the-go!