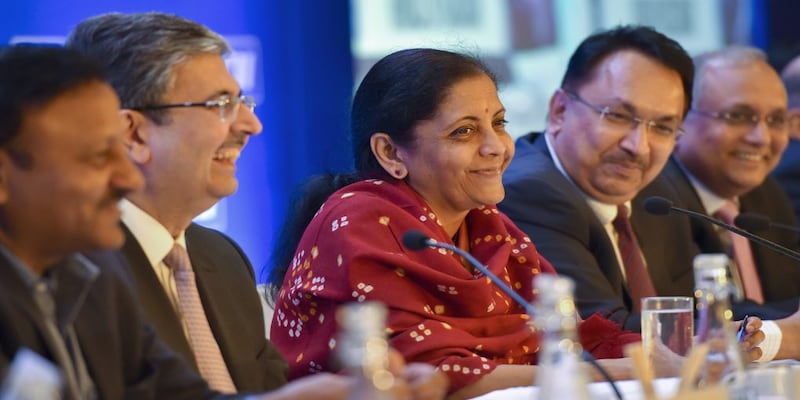 Speaking at 'Being Future Ready Business Summit 2022', CII President TV Narendran observed that a responsible and conscious industry must think beyond its own priorities to drive positive change for the nation.

India Inc must think outside the regime of incentives and subsidies and improve its competitiveness and productivity while ramping up research and development expenditure for being future-ready, Confederation of Indian Industry (CII) President T V Narendran said during the first edition of the two-day Being Future Ready Business Summit 2022.

The introductory session of the summit saw in attendance from top CII officials President TV Narendran, President-designate Sanjiv Bajaj, Vice-President Pawan Munjal and Director-General Chandrajit Banerjee. Apart from this, key industry leaders like Kris Gopalkrishnan, Rajiv Kaul, and Ajay Surendra also marked their presence.
The CII President observed that a responsible and conscious industry must think beyond its own priorities to drive positive change for the nation. Highlighting the economic opportunity lying for Indian business in the post-pandemic world, he said, "As the global supply chain gets recalibrated, Indian industry has an opportunity to embed itself more firmly in the international arena and expand its global footprints."
Also Read:
Experts say this could be a bigger enemy of economy than inflation
"The many new free trade agreements (FTAs) being signed with our key market partners open up immense opportunities for our international engagement and we must support and leverage these to the optimum," Narendran said.
He called upon the industry to shift the focus on building competitiveness through workforce skilling, innovation, quality and sustainability. "The Indian industry's share in total R&D spend in India is 37 percent, as against 77 percent in China," he said.
Also Read: India's $5 trillion economy ambition not before FY29
Bajaj spoke about how the industry must prepare for 'India@100'. He said the digital revolution, including fintech, e-commerce, etc., is creating immense opportunities for the Indian industry, which would make it future-ready to cater to community needs, and all this will be an integral part of the India@100 agenda.
Munjal said that India is a key player and has already made commitment to COP26. "To transform the whole economy into a low carbon trajectory requires multiple actions at the level of Industry. The industry's role has been notable in the areas of renewable energy. In renewable energy, India has already crossed a milestone of 150 GW of capacity including wind, solar, hydro and biomass."
"With Electric mobility becoming an integral part of the battle against climate change, Indian companies must take a strong position in accessing global markets. This will mean a robust engagement in meeting the stringent standards that many countries are setting."
Also Read: Will take 12 fiscal years for Indian economy to fully heal COVID wounds: RBI report
Check out our in-depth Market Coverage, Business News & get real-time Stock Market Updates on CNBC-TV18. Also, Watch our channels CNBC-TV18, CNBC Awaaz and CNBC Bajar Live on-the-go!