Britannia's net profit saw a decline of 13.2 percent compared with the corresponding period a year ago. The FMCG giant's earnings come at a time when the FMCG sector is reeling against margin pressure on account of surging input costs thanks to a broad surge in commodity rates.

Britannia on Thursday reported a net profit of Rs 336 crore for the April-June period, missing Street estimates, as steep inflation and a slide in domestic volumes ate into the FMCG major's margin despite a series of price hikes. The company's net profit saw a decline of 13.2 percent compared with the corresponding period a year ago.
The fall in net profit thanks to contracting domestic volumes — in contrast to expectations of growth — came about despite an 8.7 percent year-on-year increase in revenue to Rs 3,701 crore.
Analysts in a CNBC-TV18 poll had estimated Britannia's quarterly net profit at Rs 410 crore and revenue at Rs 3,750 crore. The company's earnings come at a time when the FMCG sector is reeling against margin pressure on account of surging input costs thanks to a broad surge in commodity rates.
Britannia's domestic volumes fell two percent in the three-month period compared with the year-ago quarter. Analysts in a CNBC-TV18 poll had estimated the volume to grow up to two percent in the quarter. Britannia's management said the company took price hikes to cover inflation in wheat and industrial fuel during the quarter. It expects easing palm oil and crude oil rates along with cost efficiency measures to aid the company's profitability in the quarters ahead.
“We have been delivering consistent topline growths in this challenging economic environment, reflecting our team’s execution strength and go-to market strategy, evident in our consistent market share gain over the last 36 quarters. We continue to expand our market leadership through reach and diligent market practices," said Varun Berry, Managing Director, Britannia.
He also said global factors continued to impact the economy, which led to a further surge in inflation during the quarter.
The firm's EBITDA margin — or the the amount by which a business's operating revenue exceeds its costs — fell by 280 basis points on year to 13.5 percent in the three-month period. That was much worse than the estimate of 15.4 percent by the analysts.
Ambareesh Baliga, an independent market expert, said, "Britannia had a price increase. But the issue was the input costs were still high in the first half of the quarter because their input prices started coming down in the second half of the quarter. So I think the full benefit of that will be felt in quarter two." 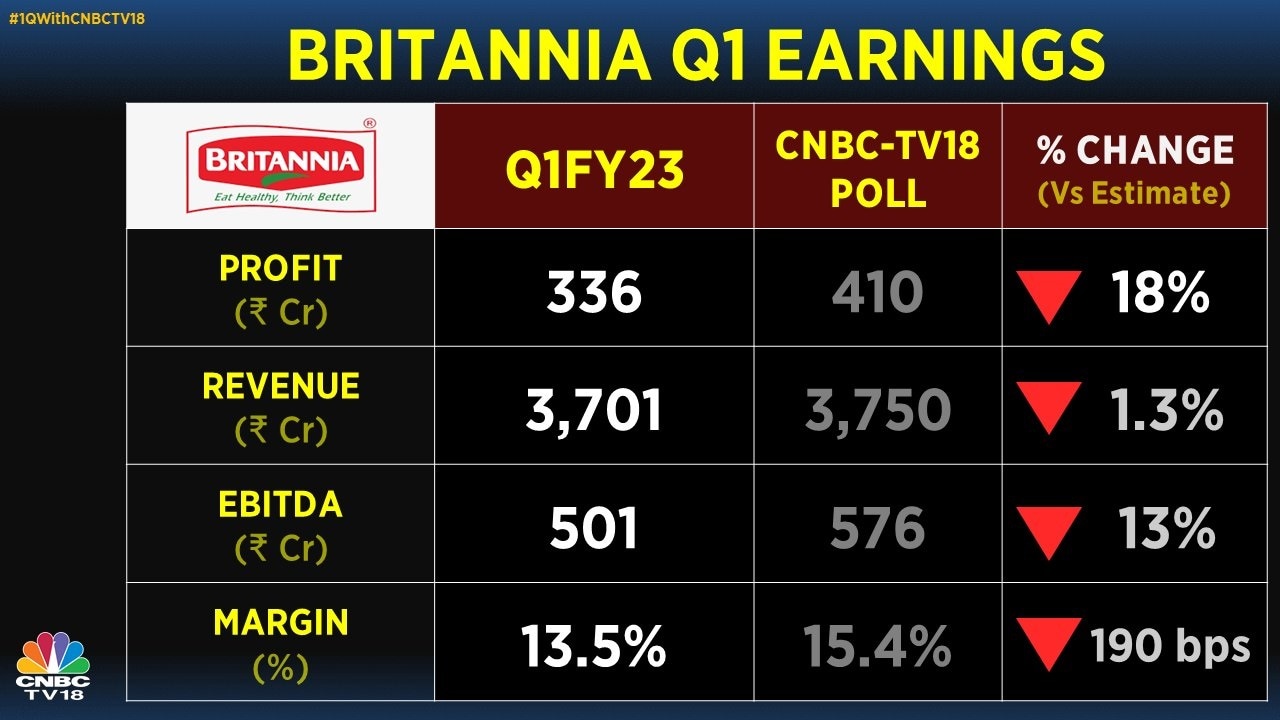 The Britannia stock finished a choppy session barely in the green minutes ahead of the earnings announcement on Thursday. 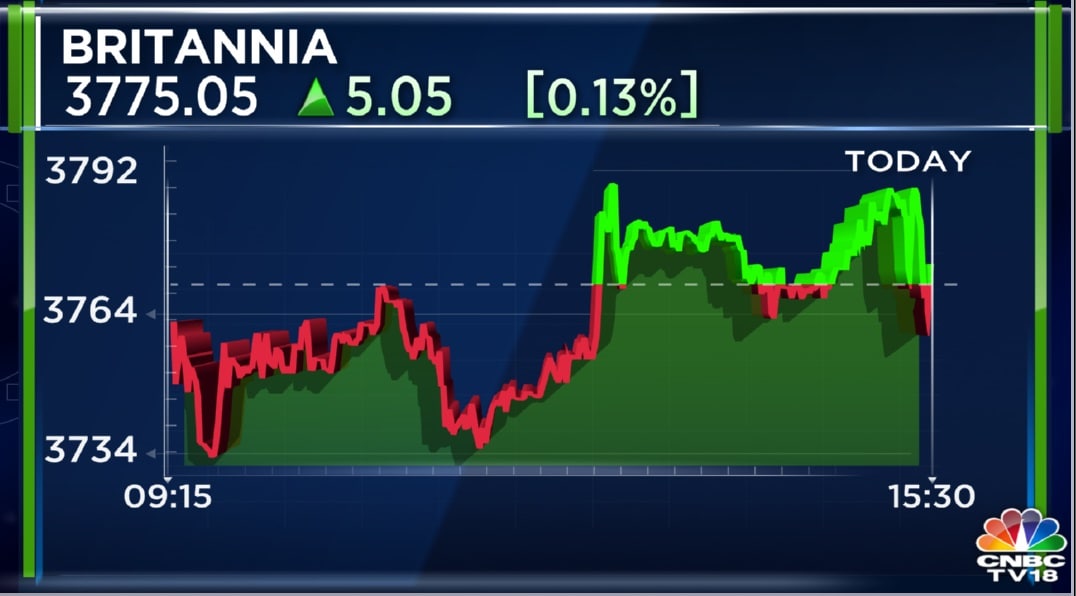