What is hurting the IT giants are the rising rates of interest being announced by central banks around the world including the US Federal Reserve and the Reserve Bank of India (RBI), macro economic uncertainties i.e. concerns surrounding an impending recession and global pressures.

2022 has been a brutal year for tech giants around the world, be it Amazon, Google or Meta in the US or Indian firms like Infosys and Tata Consultancy Services (TCS).

Apple's stock is down about 18 percent in 2022 and it must be noted that it was one of the better performers. Facebook owner Meta, Amazon, Netflix and Google's parent company Alphabet have all performed far worse, with Meta plunging nearly 65 percent in 2022. 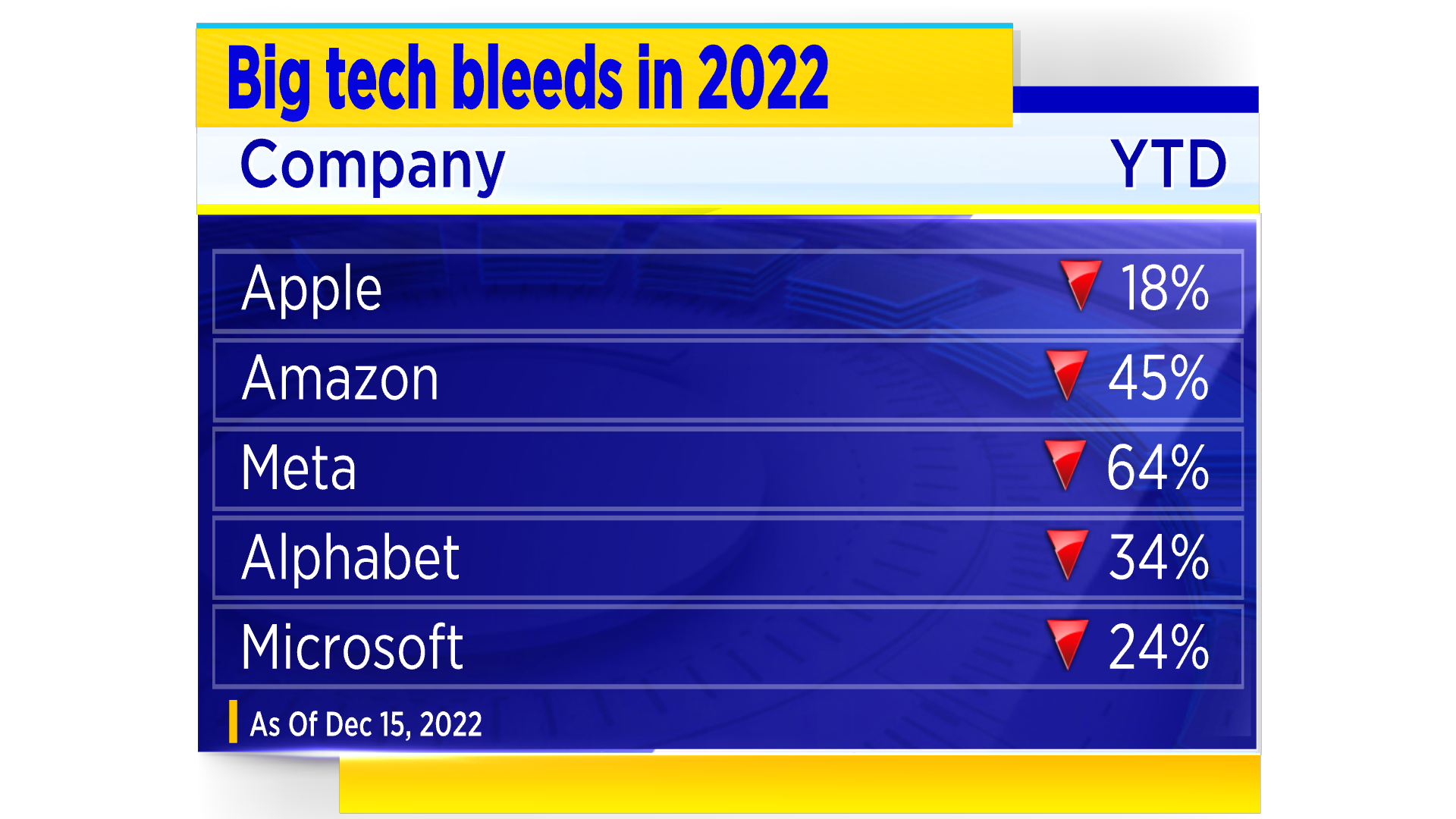 Other tech giants on the Nasdaq index, such as chip giant Nvidia and Elon Musk's Tesla are down 40-55 percent this year. 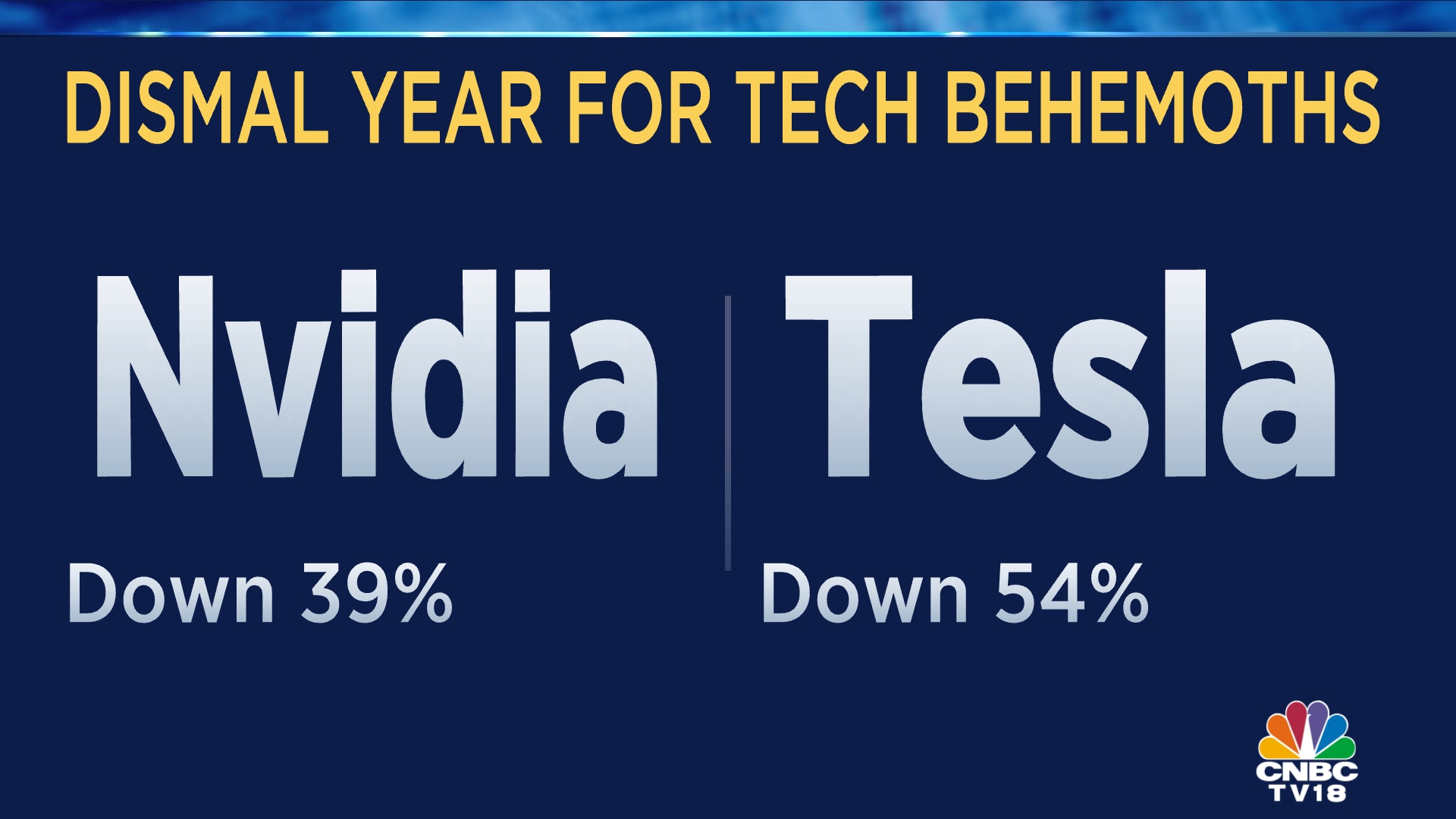 What's bothering the IT sector?
What is hurting the IT giants are the rising rates of interest being announced by central banks around the world including the US Federal Reserve and the Reserve Bank of India (RBI), macro economic uncertainties i.e. concerns surrounding an impending recession and global pressures.
Recession worries hurt Amazon and Apple and concerns about the strategy shift, for example Meta, going all in on Augmented and Virtual Reality or Netflix now embracing advertising have all hurt these companies.
Back home, 2022 marked a sharp decline in stock prices of Indian IT giants as they moved in step with their global counterparts. As things stand now, this year could be the worst since 2008 when the Nifty IT index was down 54.6 percent, the closest was in 2011 when the index slumped 18 percent. 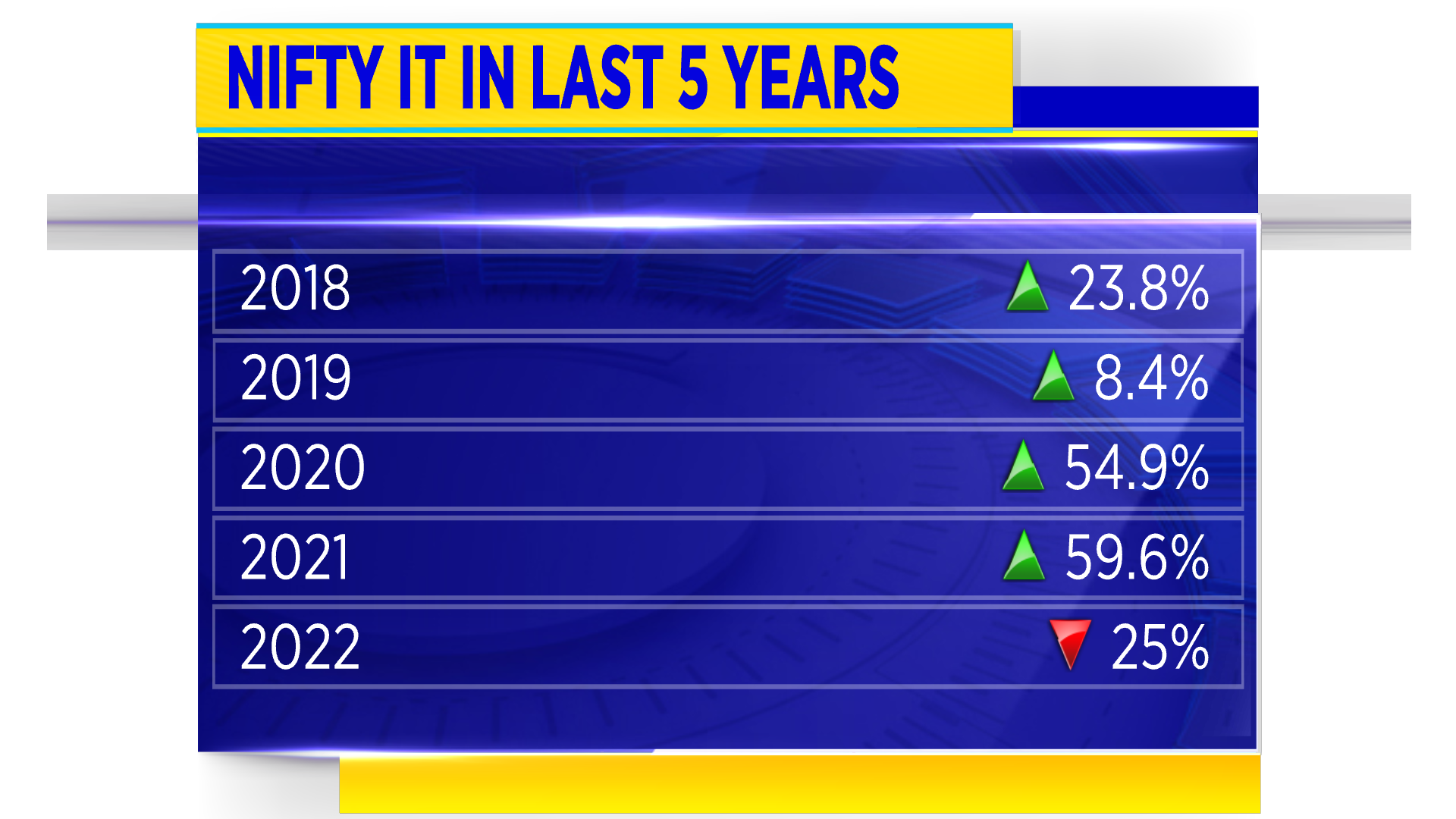 The decline comes against the backdrop of de-rating price–earnings ratio as global interest rates went up with some earnings per share (EPS) cuts as growth forecasts moderated.
TCS now trades at a forward multiple of 26 times versus peak of nearly 32 times and the trend follows for Infosys, HCL Tech and Wipro trading at much reduced valuations than their peaks. Tech sector marred by layoffs
The next big story of 2022 was the tech layoffs. According to layoff tracking website layoffs.fyi - data as of December 18, 2022 shows 986 tech companies laid off workers and 1.5 lakh employees were let go.
Also Read | Active job postings from Meta, Apple, Amazon, Netflix, Google 'low' to 'nearly none': Report
That includes biggies like Meta, Google, Amazon that laid off thousands of employees as they look to cut costs in the face of rising global uncertainties and challenging macro environment.
What 2023 holds for the tech sector?
Analysts estimate growth to slow further. Global brokerage Nomura expects the US dollar revenue growth to slow down to 8 percent in the 2023-2024 financial year from 12.7 percent in the 2022-2023 fiscal.
Another question is if the belt tightening i.e job layoffs will continue in 2023? The answer is probably yes, as many companies which have not announced job cuts yet are likely to do so next year.
Also Read | IT growth to further slow down in 2023 but these two tech giants may fare better: Nomura
HP, for instance, is looking to pull back on its workforce while reports suggest Google is looking to axe 10,000 employees next year.
While these developments are only from multinational tech giants, there are so many smaller companies and startups where there is not only a hiring freeze, but there have been big job cuts too.
Biggest newsmaker of 2022: Apple
i-Phone maker Apple has for the first time moved production to India. Apple has been assembling smartphones in India since 2017, but until this year, the i-phone-maker used manufacturing facilities in India to assemble older generation handsets and legacy models.
This is the first time that it will produce i-phone 14 in the same calendar year as its release, with a lag of a few months compared to China versus years before and India has just gotten started.
According to JPMorgan, every fourth i-Phone will be made in India by 2025.
What is the driver of this big shift? — The unrest in China, reduced dependency on China and an affirmation of India’s production-linked incentive (PLI) schemes.
Also read: Career cushioning replaces quiet quitting as the new workplace trend
According to India Cellular and Electronics Association (ICEA), India is likely to export handsets worth $9 billion in FY23 compared to $5.8 billion in FY22, which is a whopping jump of about 55 percent.
The next big question — Can India become the new smartphone manufacturing factory for the world, by uprooting China?
Also Read | Mass layoffs: What the Indian law says about severance package, notice period and more
(Edited by : Kanishka Sarkar)
Check out our in-depth Market Coverage, Business News & get real-time Stock Market Updates on CNBC-TV18. Also, Watch our channels CNBC-TV18, CNBC Awaaz and CNBC Bajar Live on-the-go!