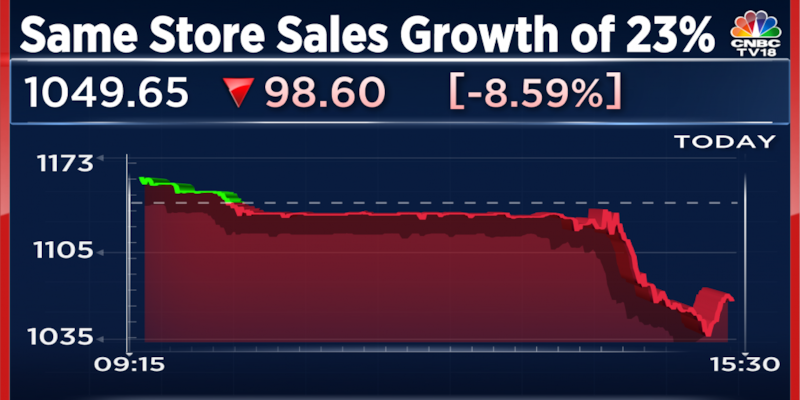 The bottom-line is also aided by an exceptional gain of Rs 3.3 crore during the quarter.

Shares of Barbeque Nation Hospitality, the proprietor of the Barbeque Nation chain of restaurants tanked on Wednesday after the company's September quarter earnings, in which its net profit more than halved compared to the June quarter.

The company reported a net profit of Rs 7.1 crore during the quarter, which was well below the Rs 15.2 crore profit it reported back in the June quarter. Compared to the September quarter last year, the company's net profit more than doubled.

The bottom-line is also aided by an exceptional gain of Rs 3.3 crore during the quarter, without which, the net profit would be flat on a year-on-year basis as well. The exceptional gain pertains to liquidation of damages received from lessors relating to outlets closed and termination of leases.
Revenue from operations increased 41 percent year-on-year to Rs 310 crore but were flat sequentially. Dine-in sales increased this quarter while sale via deliveries declined. The reverse took place last year as people were still coming to terms with the second Covid wave and relied more on door-to-door deliveries.

Dine-in to delivery revenue mix during the quarter stood at 87 percent and 13 percent respectively.

Same-Store-Sales growth during the quarter stood at 23 percent aided by both Toscano and the international business. It added 10 new restaurants during the quarter and remains confident of meeting its guidance to add 40 new restaurants this financial year.
Shares of Barbeque Nation ended 7.7 percent lower at Rs 1,061.50.
Check out our in-depth Market Coverage, Business News & get real-time Stock Market Updates on CNBC-TV18. Also, Watch our channels CNBC-TV18, CNBC Awaaz and CNBC Bajar Live on-the-go!