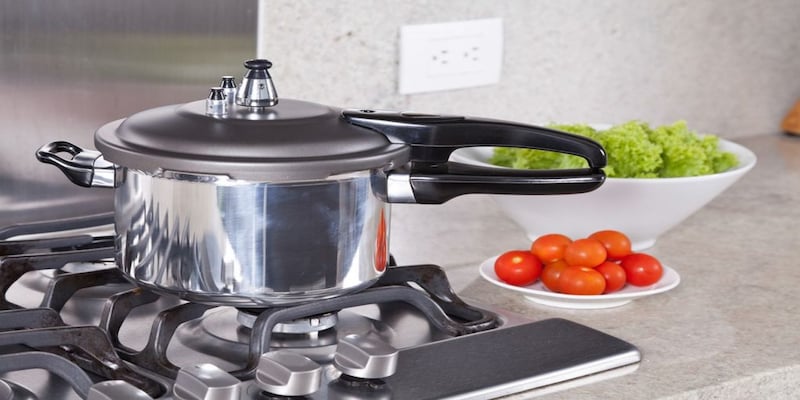 According to an official statement, CCPA — headed by Chief Commissioner Nidhi Khare — has passed an order against Cloudtail India Pvt Ltd for "violation of consumer rights and unfair trade practice" by selling domestic pressure cookers in violation of mandatory standards.

The Central Consumer Protection Authority (CCPA) on Saturday said it has levied a Rs 1 lakh fine on Cloudtail India as it was selling pressure cookers on Amazon by violating the mandatory BIS standards.

The CCPA has also told Cloudtail to recall 1,033 pressure cookers and reimburse customers the money as well.
According to an official statement, CCPA — headed by Chief Commissioner Nidhi Khare — has passed an order against Cloudtail India Pvt Ltd for "violation of consumer rights and unfair trade practice" by selling domestic pressure cookers in violation of mandatory standards.
The standards are prescribed as per Domestic Pressure Cooker (Quality Control) Order, 2020.
"The company was also directed to pay a penalty of Rs 1,00,000 for selling domestic pressure cookers to consumers in violation of mandatory standards prescribed under the QCO and violating the rights of consumers," the statement said.
The CCPA initiated suo-moto action against e-commerce platforms for sale of domestic pressure cookers in violation to compulsory standard.
The CCPA had issued notice to major e-commerce platforms including Amazon, Flipkart, Paytm Mall, Shopclues and Snapdeal as well as to the sellers registered on these platforms.
"Cloudtail India Pvt Ltd is the seller of pressure cooker namely 'Amazon Basics Stainless Steel Outer Lid Pressure Cooker, 4 L (does not give pressure alert by whistle)'," the statement said.
The pressure cooker was being offered for sale to consumers on Amazon e-commerce platform.
Cloudtail submitted in its reply to CCPA that after the QCO (Quality Control Order) came into force, it had suspended the import of the pressure cooker.
CCPA observed that though import was suspended, the company had not stopped the sale of such pressure cookers to consumers.
"In fact, this submission evidently indicated that despite being aware of the QCO, the company was still selling such pressure cookers to consumers at large," the statement said.
A total of 1,033 units of pressure cookers not conforming to mandatory standards were sold by Cloudtail through Amazon e-commerce platform after notification of the QCO.
In the order, CCPA has directed Cloudtail to recall the 1,033 units of pressure cookers sold by it and reimburse the prices of the recalled pressure cookers to the consumers.
Cloudtail has been told to submit a compliance report within 45 days.
CCPA noted that the violation of standards mandated by the QCOs not only endanger public safety, but can make consumers vulnerable to severe injuries including loss of life.
"This is a critical cause for concern especially in case of domestic pressure cooker, which is a household good, present in most homes...," the statement said.
CCPA has also issued safety notices to alert and caution consumers against buying goods which do not hold valid ISI mark and violate compulsory BIS standards.
While the first safety notice was issued with regard to helmets, pressure cookers and cooking gas cylinders, the second safety notice was issued with regard to household goods including electric immersion water heaters, sewing machines, microwave ovens, domestic gas stoves with LPG etc.
With PTI inputs
Also Read: Auto Expo 2023 to return after 3-year hiatus but these automakers to skip
Check out our in-depth Market Coverage, Business News & get real-time Stock Market Updates on CNBC-TV18. Also, Watch our channels CNBC-TV18, CNBC Awaaz and CNBC Bajar Live on-the-go!