What the grounding of the Boeing 737 Max 8 planes means for SpiceJet and its passengers, explained

What the grounding of the Boeing 737 Max 8 planes means for SpiceJet and its passengers, explained 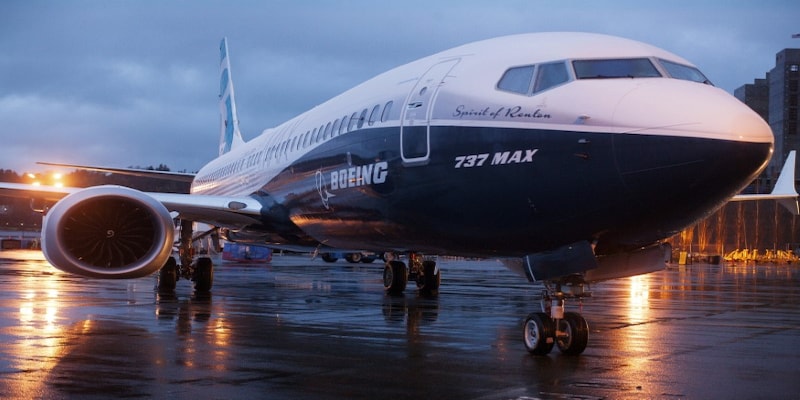 Late on Tuesday night, India decided to ground the B737 Max 8 aircraft amid global uproar triggered by the fatal Ethiopian Airlines crash and subsequent grounding and airspace closure for the B737 Max across the world. Country after country, led by China and followed by Indonesia, started grounding the planes as well as closing the airspace for the aircraft type. India was one of the last major aviation markets to follow suit.

As it stands, except North America and the Gulf, most other airlines across the world would have the B737 Max grounded by Wednesday evening. Indian regulator Directorate General of Civil Aviation (DGCA) added on Wednesday morning that the grounding will be effective 1600 hours Indian Standard Time and effective then, the airspace will also be closed for any airline operating the Max.
As the initial uproar dies down, some obvious questions are coming up. For an airline whose one-fourth of the narrow-body fleet comprises the Max 8, the impact on SpiceJet will be palpable. But thankfully not grave. Spicejet has a fleet of 75 passenger aircraft comprising 3 B737-700, 27 B737-800, 4 B737-900 and 13 B737 Max 8, which would be grounded until further notice effective 1600 hours Indian Standard Time today. The airline also operates 28 Bombardier Q400 turboprop planes.
>>The danger of flying on Boeing 737 Max planes
Workhorse For SpiceJet
SpiceJet started inducting the Max 8 in its fleet from the end of September 2018 and progressively introduced them to multiple routes. A total of 12 B737 Max8 have been operational; the 13 aircraft (VT-MXK) landed in India on March 7 and has not seen put into services yet.
The airline has been cautious with its expansion since the induction of Max and has not introduced flights which will keep all the 12 aircraft busy in incremental capacity. The airline has also not returned equivalent number of planes back to lessors or withdrawn them from the fleet.
As a matter of fact, the airline has re-delivered only one B737 since last October and has withdrawn the wet-leased capacity and increased four aircraft rotations on domestic routes with an aircraft each in Hyderabad and Kochi and two in Chennai. There is some slack available in the current aircraft patterns for SpiceJet, which it will definitely use to minimise passenger inconvenience and ensure that its passenger numbers and revenues are not impacted.
The airline has said that 64 of its aircraft would be operational, which includes all its turboprop fleet, which is capable of flying sectors up to 3 hours. These are critical times for any airline and broadly airlines have a contingency plan, always.
It only gets triggered in situations like these where the airline can cancel, combine, terminate, re-route or re-time the flight to ensure that it operates as many flights as it can. While schedule integrity might go for a toss, a customer may still reach is destination a little early or a little late rather than not reaching or being forced to buy a last-minute expensive ticket on another airline for lack of options.
The Problem Of Plenty
In matters like these, the airline has another challenge – its high load factors! When your flights are 90 percent full almost all the time, accommodating passengers on other airlines or in other flights is a challenge. For other airlines, they are too many and for own other flights – there is no space!
A lot of questions have come up on its operations to Hong Kong from New Delhi. In all probabilities, the flagship flight will continue. The airline has in the past operated to Guangzhou from New Delhi non-stop on the B737NG. Delhi–Hong Kong is 95 kilometers more than Delhi–Guangzhou by a great circle distance.
As a passenger of Spicejet, the only thing one should check, and re-check is the flight timings. There could be advancements or delays which the airline will have to plan to ensure that one aircraft can accommodate more number of flights than it currently does. The aim would be to ensure that the flights, which were hitherto planned with the B737 Max 8, are accommodated without any of the Max 8 in operation and minimise passenger inconvenience.
However, this could have an impact on flights that are announced but not yet operational. Example: flights to Jeddah from Kozhikode that are all incremental but start later in April. If the issues are unresolved until then, the new flights might be pushed or flights that are unprofitable could be pulled out to accommodate the expansion effectively.
Since the order for grounding has not come from the manufacturer – Boeing in this case — it will be unclear if the airline would get any compensation for the groundings, which will definitely impact its revenue. A few airlines worldwide have already started making statements that they expect the revenue loss will be compensated by Boeing, but these are early days yet and it will be long before answers to the Ethiopian B737 Max 8 crash are out, which will dictate when the ban will be lifted and the B737 Max 8 will fly again.
Ameya Joshi is the founder of Network Thoughts.
Check out our in-depth Market Coverage, Business News & get real-time Stock Market Updates on CNBC-TV18. Also, Watch our channels CNBC-TV18, CNBC Awaaz and CNBC Bajar Live on-the-go!