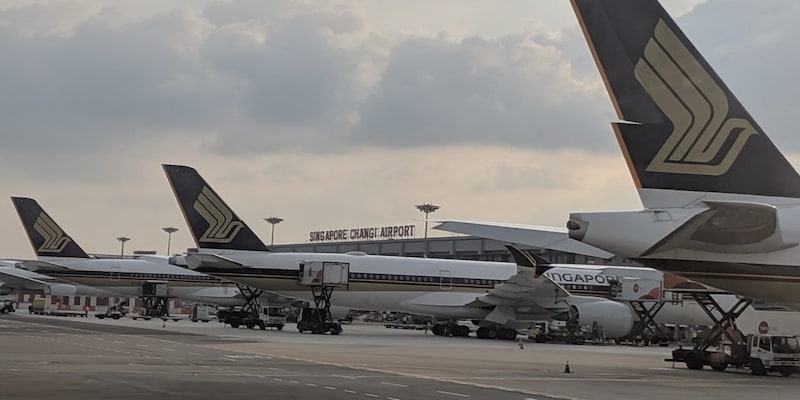 Vistara, a joint venture of Tata Sons and Singapore Airlines, expects to reach destinations across Europe and the Far East under the first phase of international expansion with six B787-9 planes.

In the run-up to its international expansion, Vistara is at an advanced level of discussions with several airlines to lease slots at London's Heathrow airport, the busiest airport of Europe.

"London is a popular destination. It makes sense for Vistara to launch operations to London. However, since slots at such a busy airport are a scarce commodity, we are talking to several carriers to take slots on lease. Simultaneously, we are also looking at London Stansted but we are trying to get Heathrow," sources aware of the development said.
Central London is over 20 km away from Heathrow and nearly 70 km far from Stansted.
The five-year-old joint venture of Tata Sons and Singapore Airlines started operations in January 2015 with two aircraft and two destinations. Its fleet has now expanded to 39 aircraft, increasing its coverage to 34 destinations. Of the 39 aircraft, there are 32 Airbus A320 and rest seven are Boeing 737-800 NG.
The airline's fleet is expected to expand with the induction of 11 aircraft, out which four are likely to be the wide-body B787 planes, two are expected to be A321neo and A320neos will comprise remaining five, CNBC-TV18 has learnt. However, the airline will witness a net addition of four planes as the lease of two B737 is expiring and five A320ceos are retiring.
In July 2018, the airline had signed a letter of Intent for 13 A320neo aircraft and committed to an additional 37 A320neo Family aircraft from lessors, taking the total incoming neo family fleet at 50.
In the same year, it had also entered into a $2.8-billion agreement to order six 787-9 Dreamliners, with options for four more jets at the 2018 Farnborough International Airshow.
"Vistara is likely to add the remaining two B787 in 2021 and at least two A321neos in 2021. Overall there will be around 10 A321neos," another source said.
With the wide-body B787 servicing long-haul routes and A321neos for medium-range Operations, the airline expects to achieve an equal distribution between domestic and international segment as it reaches a fleet count of around 70 aircraft by 2023, sources added.
"We are on the right path. We are clear that we will fly where we are certain that there is or will be substantial demand. That will decide international and domestic routes," another source said.
CNBC-TV18 has learnt that the airline expects to reach destinations across Europe and the Far East under the first phase of international expansion with six B787-9 planes and is expected to eye Australia and North America under the second phase where it may exercise the option to get four more wide-body aircraft.
The airline will be the first Indian operator of a B787-9 aircraft. The first two of these wide-body planes are likely to be delivered in February and March respectively.
"For now, the plan is to own these 787s. We may also look at sale and leaseback option in the future," another source said.
Check out our in-depth Market Coverage, Business News & get real-time Stock Market Updates on CNBC-TV18. Also, Watch our channels CNBC-TV18, CNBC Awaaz and CNBC Bajar Live on-the-go!