To fly or not to fly: Roster change spells confusion for Air India passengers

It was a night of confusion for air passengers as airlines had to rework their entire flight plan after important cities like Mumbai, Hyderabad, Vizag, Vishakhapatnam, Chennai, Kolkata and Bagdogra resisted to opening up of flights from May 25.

Finally, it was decided that West Bengal will commence from May 28 and that in Andhra Pradesh will begin from May 26.

Vijayawada and Vizag airports have decided to resume flights from May 26 with 20 percent of operations while Hyderabad has resumed from May 25 with 15 departures and 15 arrivals on a daily basis.

This constant back and forth between airlines, airports, state government and union government made changes to the flight plan until late night and with the quarantine guidelines getting clarified at the last moment, it was a nightmare for all those who were to fly on May 25.

The problem was more with Air India as several passengers reached the airport for flights which were cancelled as per the latest flight plan.

"Air India was the last airline to inform passengers regarding cancellation of their flights, many passengers reached airports as Air India had sent SMS to customers in the midnight at 1:30 am but failed to make changes on their website and the flights which were cancelled were still showing confirmed on their website," Nishant Pitti of EaseMyTrip said. 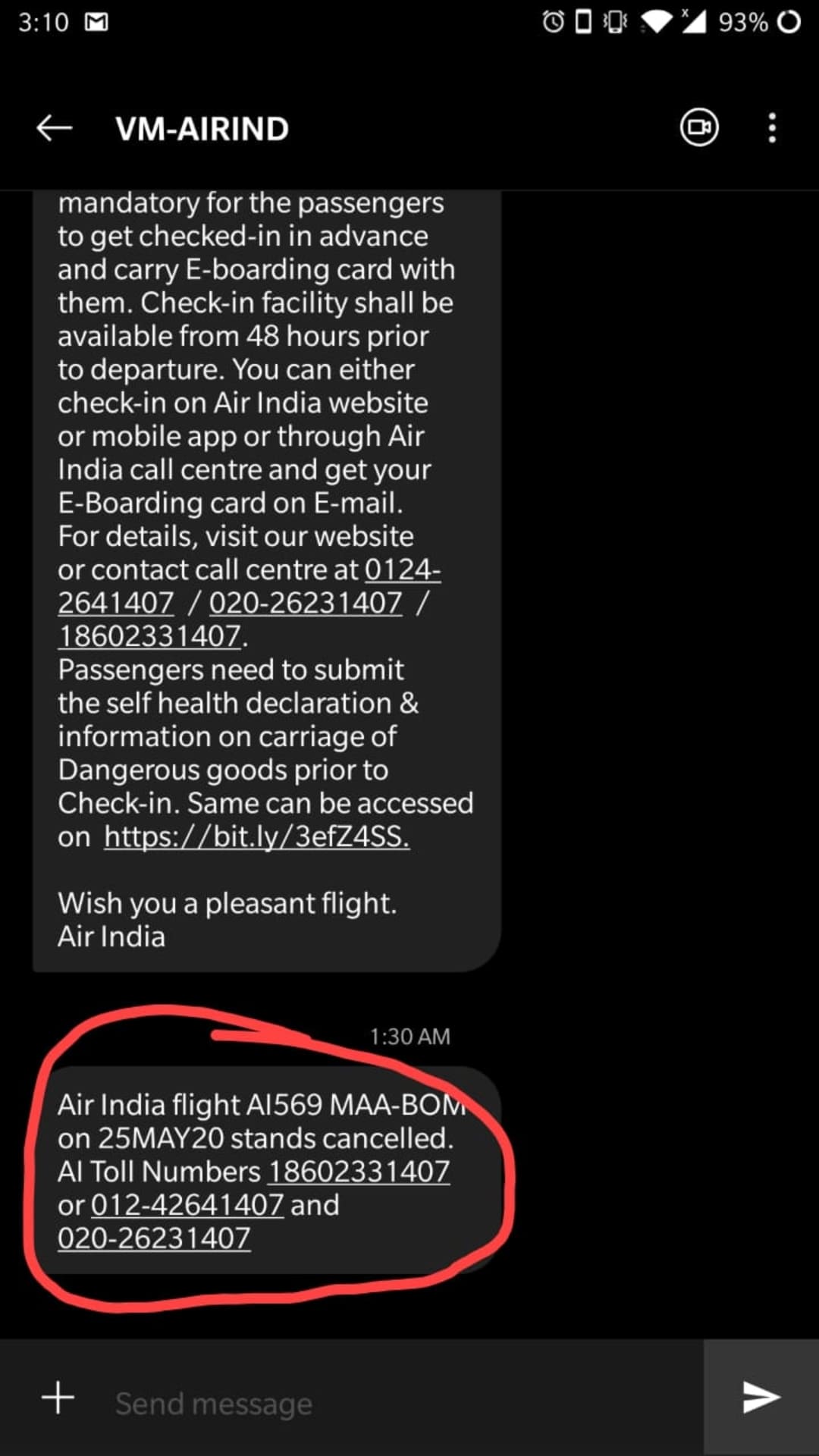 At Mumbai airport as well, several passengers who were scheduled to travel via Air India flights found out only after arriving at the airport early morning that their flight has been cancelled. The passengers also complained that even after repeated calls to customer care and multiple e-mails, there was no clarity leading to anxiety and worry. The cumbersome process of arriving at the airport and finding out a cancelled flight was disappointing and tiresome for many.

"Due to some last-minute decisions on general flight operations to certain states, flight schedules had to be redrawn late last evening by all airlines, including Air India, that could have led to some inconvenience to passengers of all airlines. Air India is doing its best to extend all support to its esteemed pax according to top-most priority to all safety norms and in sync with the flight movement and operational issues prevailing throughout its network," an Air India spokesperson told CNBC-TV18.
Tags Air India coronavirus