Up to 15 percent of all routes of Spicejet are monopoly routes. Spicejet has been quietly ramping up its presence on routes where it sees potential demand, lack of alternate transport and increasing disposable incomes.

Lets do a quick search for the cheapest air ticket between Mumbai and Pune. For the next three months, prices hover around Rs 9,452. The two cities, 150 kms apart, are well connected with a six-lane expressway, a rail link and one of the shortest flights in the country. But tickets on this route cost far more those for longer routes in India.

Reason? The Mumbai-Pune flight is a feeder to an airline’s network — not a primary one, which typically would allow an airline to offer better fares due to higher frequencies. That means fewer seats are available.
The Mumbai-Pune route offers several insights into how low-cost airline SpiceJet has consistently been able to record the load factor — a measure of an airline’s occupancy rates — in the country. That’s not all. Over the past few quarters, Spicejet has also consistently declared the higher RASK (revenue per available seat kilometer) and higher average fares than competitor IndiGo, India’s biggest airline. 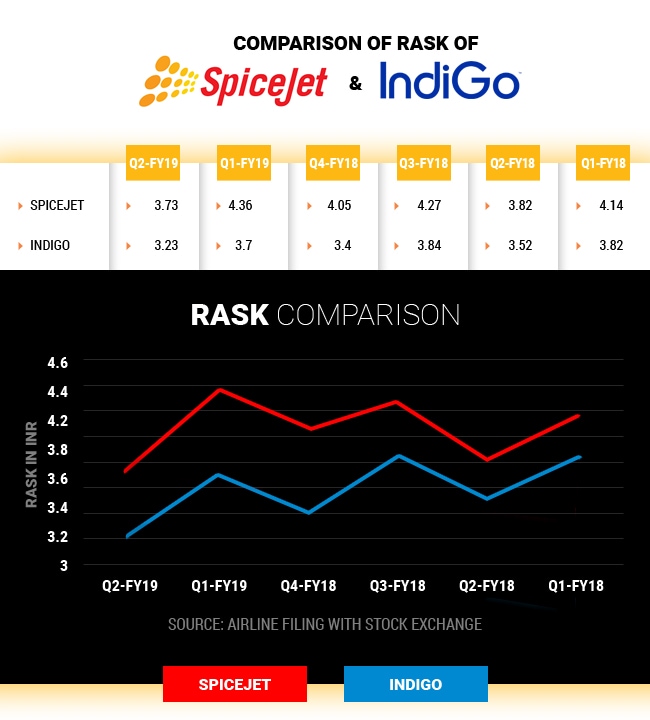