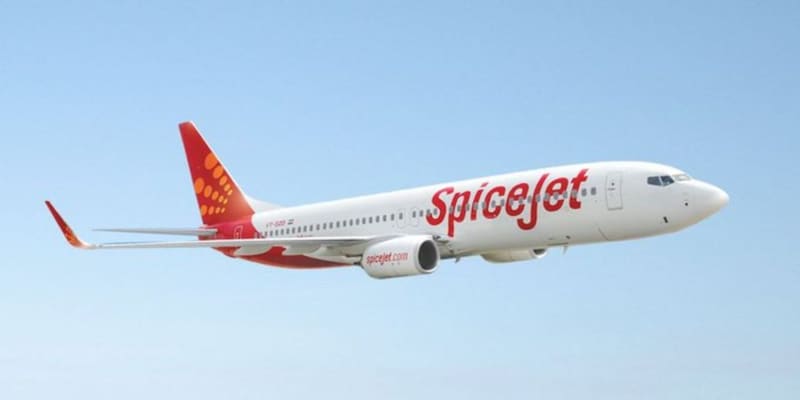 Domestic airline SpiceJet on Wednesday announced the revised salary structure for its Captains increasing their monthly remuneration to Rs 7 lakh a month for 80 hours of flying.

Domestic airline SpiceJet on Wednesday announced the revised salary structure for its Captains increasing their monthly remuneration to Rs 7 lakh a month for 80 hours of flying.

The hike, following which salaries of Captains will be higher as compared to pre-COVID levels, will be applicable from November 1 onwards.
The airline added that the salaries of trainers (DE, TRI, LTC) and Senior First Officers have also been increased commensurately.
“SpiceJet has been consistently increasing the base salary of pilots. As compared to August, the September salary saw an increase of up to 10 percent for trainers and 8 percent for Captains and First Officers. From October, the salary was hiked by another 22 percent for Captains and First Officers,” it said in a statement.
Also Read: SpiceJet likely to induct 7 Boeing 737 Max aircraft in next 2 months
Also, earlier this month, sources told CNBC-TV18 that the human resource department of SpiceJet wrote to its employees, informing them that it has submitted all tax deducted at source (TDS) dues and paid up a significant portion of all Employees' Provident Fund (EPF) contributions.
The airline was unable to pay employees' PF or deposit TDS dues with authorities for months due to a lack of funds.
The development comes days after the airline asked 80 of its pilots to go on a three-month leave without pay. “This measure, which is in line with SpiceJet’s policy of not retrenching any employee which the airline steadfastly followed even during the peak of the Covid-19 pandemic, will help rationalise the pilot strength vis-à-vis the aircraft fleet," the airline said in a statement.
Also Read: SpiceJet, Go Air apply under modified ECLGS scheme, to get funds in 4-6 weeks
SpiceJet airline had earlier reported a net loss of Rs 789 crore (Rs 420 crore, excluding forex adjustment) for the quarter ending June 30, 2022, as compared to a net loss of Rs 729 crore in the quarter ending 30 June 2021 as the business was severely impacted by record high fuel prices and a depreciating Rupee.
(Edited by : Sudarsanan Mani)
Check out our in-depth Market Coverage, Business News & get real-time Stock Market Updates on CNBC-TV18. Also, Watch our channels CNBC-TV18, CNBC Awaaz and CNBC Bajar Live on-the-go!