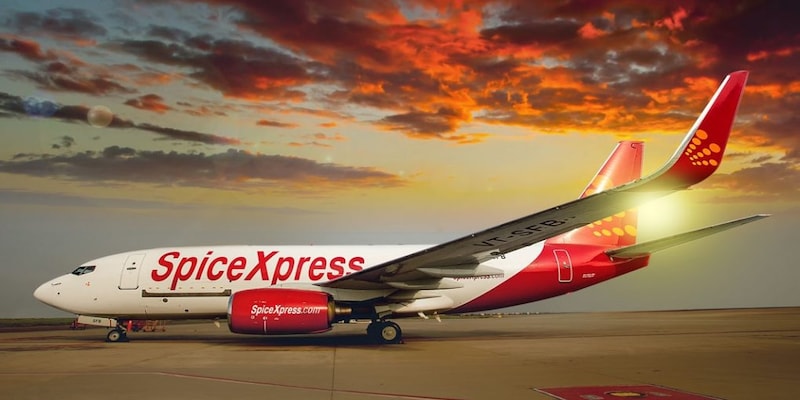 Banks and shareholders have given their approval to hive off SpiceXpress from SpiceJet airline.

SpiceJet, which has been hit by a series of technical snags leading to travellers opting for other flights, will be giving off its cargo and logistics company SpiceXpress.

Banks and shareholders have given their approval to hive off SpiceXpress from SpiceJet airline and the bifurcation will be done by the first week of August, the carrier's chairman and managing director Ajay Singh has said, according to PTI.
The airline had said in August last year that it was transferring its cargo and logistics services on a slump sale basis to its subsidiary SpiceXpress as it would allow the company to raise funds independent of the budget carrier and rapidly grow.
Also Read:
Most domestic passengers worried about flight safety after recent incidents: Survey
The airline has been making losses for the last four years. It incurred net losses of Rs 316 crore, Rs 934 crore and Rs 998 crore in 2018-19, 2019-20 and 2020-21, respectively. In April-December 2021, the airline posted a net loss of Rs 1,248 crore.
However, the revenue from SpiceXpress has been increasing. From October to December 2021, SpiceXpress saw its revenue jump 17 per cent on a quarter-on-quarter basis to Rs 584 crore.
Also Read: SpiceJet failed to establish safe, efficient and reliable air services, says DGCA in show-cause notice
SpiceJet is under the regulatory scanner. The Directorate General of Civil Aviation (DGCA) issued a show-cause notice to SpiceJet on Wednesday, saying that the airline had failed to "establish safe, efficient and reliable air services".

The aviation regulator's statement came after eight technical malfunction incidents involving the SpiceJet planes were reported in the last 18 days. The DGCA has given the airline three weeks to respond to the notice.

In response to the DGCA notice, a SpiceJet spokesperson said, "SpiceJet is in receipt of the DGCA notice and will be responding within the specified time period. We are committed to ensuring a safe operation for our passengers and crew."