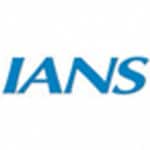 He said leading operators like Jet Airways, SpiceJet, Alliance Air and Turbo Airlines will operate to and from Jharsuguda.

Notably, Air Odisha had suspended flight operations from the Jharsuguda airport, which was inaugurated by Prime Minister Narendra Modi on September 22 last year. Air Odisha had bagged the permission to operate flights from Jharsuguda to Bhubaneswar, Ranchi and Raipur under UDAN.

The Minister also informed that Bhubaneswar will be connected to Varanasi, Rourkela, Kalaikunda and Jagdalpur.

Additionally, the new airport at Rourkela will be connected to Raipur and Bhubaneswar under UDAN-3, said Pradhan.

The Civil Aviation Ministry has also decided to invest Rs 1,050 crore for the upgradation of Biju Patnaik International Airport at Bhubaneswar.

A total amount of over Rs 160 crore has been sanctioned for development of airports at Jharsuguda, Jeypore, Utkela and Rourkela, taking the cumulative allocation to over Rs. 1,200 crore for development of airports and air connectivity in Odisha.
Tags aviation Bhubaneswar airport economy flights to raipur flights to ranchi jharsuguda airport jharsuguda airport odisha rourkela airport UDAN scheme udan-3 scheme