Aviation space is showing signs of recovery after the government allowed the domestic airlines to carry operations. Among the listed aviation players, IndiGo has managed to recover faster as compared to its peers with substantial uptick in volumes. Kotak Institutional Equities in its report has upgraded the stock to 'buy' from 'sell' with bullish comments.

The aviation sector has been under-pressure for several years now due to the higher fuel prices and eagerness of airlines to expand their network coverage. With current scenario of the falling crude oil prices, the brokerage feels that the top two private aviation players (IndiGo and SpiceJet) will be able to turn their losses to gains.

"IndiGo will benefit more due to the uptick in fuel-cost savings with increasing share of A320neos in the fleet over FY21-23, and reduction in maintenance cost related to retiring of the old A320ceos," added the brokerage report. 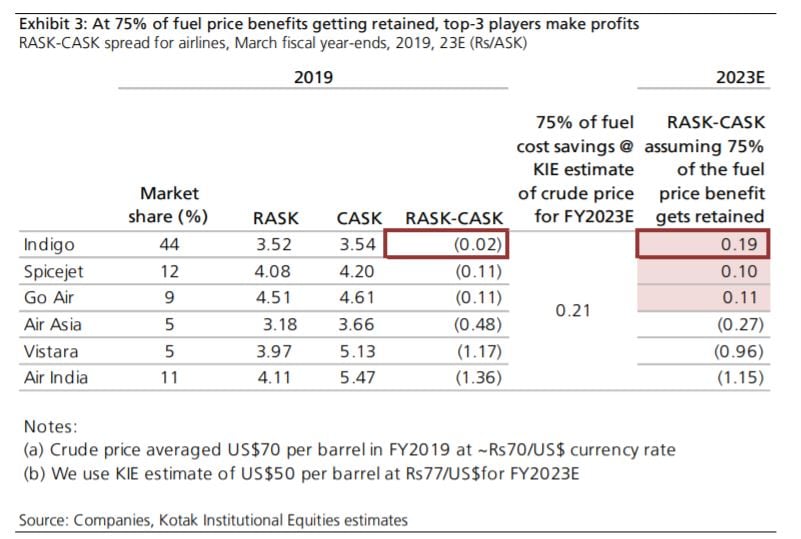 As per the ICRA report, the air passenger traffic has risen 25 percent month-on-month (MoM) to 26 lakh passengers in August. The airlines capacity has also increased 27 percent sequentially.

Furthermore, the brokerage estimates an 11 percent CAGR in air travel demand over the next decade as a combination of a base 8 percent growth and 3 percent add-on support from other airport cities. "We expect Indigo to be a key beneficiary of such a trend. Indigo had more than a 50 percent share in non-metro to non-metro travel in FY2015 and such share may have only increased since, as Indigo has doubled its count of domestic destinations over this period," the report added.

Kotak Equities upgraded the stock also on the back that IndiGo is reestablishing its lead over peers in terms of spread. It will continue to drive double-digit growth for air travel, said the brokerage.
Tags Airlines aviation IndiGo IndiGo promoters Kotak Institutional Equities