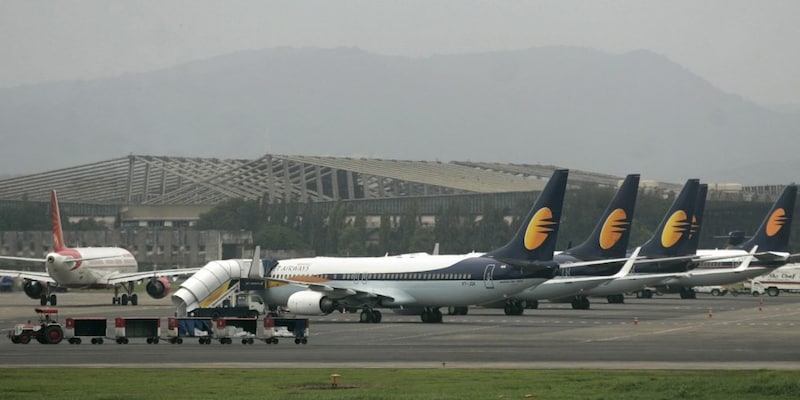 “Jet Airways has appointed Goldman Sachs as investment banking adviser to scout for potential parties to infuse funds into the company. It would also scout for potential bidders for a Jet Airways stake sale,” a source  familiar with the matter told Mint. The airline has roped in BCG to help improve its operational efficiency, the report added.
The Naresh Goyal – led airline is battling to keep the company afloat , which is facing severe financial crunch due to a spike in aviation fuel prices and weak rupee.
On Monday, Mint reported that the cash-strapped Jet Airways’ founder Naresh Goyal is seeking help from Reliance Industries' chairman Mukesh Ambani and Tata group's Ratan Tata to raise capital.
Disclosure:
RIL, the promoter of Reliance Jio, also controls Network18, the parent company of CNBCTV18.com.
Have you signed up for Primo, our daily newsletter? It has all the stories and data on the market, business, economy and tech that you need to know.
Check out our in-depth Market Coverage, Business News & get real-time Stock Market Updates on CNBC-TV18. Also, Watch our channels CNBC-TV18, CNBC Awaaz and CNBC Bajar Live on-the-go!