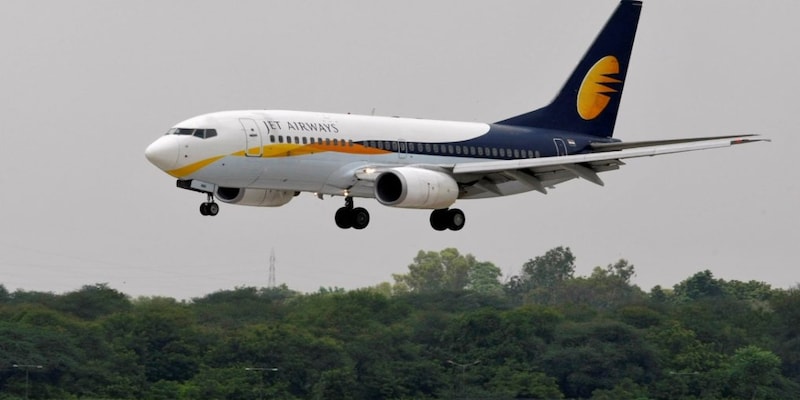 The airline has to make large debt repayments over the next few years, starting with about Rs 1,700 crore ($242 million) by the end of March, ratings agency ICRA said in a note on January 2.

Cash-strapped Jet Airways proposed to creditors that it would catch up with debt payments in arrears by September and from April would meet debt payments as they come due, according to a document seen by Reuters.

Jet met with lenders, lessors and vendors in India on Tuesday to discuss its financial situation and a debt-repayment plan, two sources with direct knowledge of the matter told Reuters on condition of anonymity.
Jet did not immediately respond to a request for comment.
The airline has to make large debt repayments over the next few years, starting with about Rs 1,700 crore ($242 million) by the end of March, ratings agency ICRA said in a note on January 2.
The airline last week said it had defaulted on a debt payment to a consortium of Indian banks, led by State Bank of India, that had been due on December 31, prompting ICRA to downgrade the carrier's credit ratings and sent its shares sharply lower.
The 25-year-old airline also owes money to pilots, lessors and vendors. Intense pricing competition, a weak rupee and rising fuel costs weighed on Indian airlines in 2018.
An instalment of interest and principal on debt due on December 31 was delayed "due to temporary cash flow mismatch", the company said last week, without disclosing the size of the missed payment.
In a presentation slide from the meeting with lenders on Tuesday seen by Reuters, Jet proposed a "resolution plan" that would involve making payments on loans originally due in December, January and February in several tranches between Mar. 31 and Sept. 30.
"The management is taking every effort to ensure that the arrears accumulated until now do not grow," the slide said. "Jet Airways shall be current on its payments for services beyond 01-Apr-2019."
Mint daily on Wednesday reported that the airline's lenders proposed a $900 million resolution plan at the meeting on Tuesday.
The controlling shareholder and chairman of Jet Airways, Naresh Goyal, and major shareholder Etihad Airways are likely to jointly inject $450 million into the carrier, while Indian lenders will restructure another $450 million of debt, Mint quoted sources as saying.
Check out our in-depth Market Coverage, Business News & get real-time Stock Market Updates on CNBC-TV18. Also, Watch our channels CNBC-TV18, CNBC Awaaz and CNBC Bajar Live on-the-go!