Updated : November 15, 2019 02:10 PM IST
JetPrivilege, the erstwhile frequent flyer programme of Jet Airways, stepped away from its 25-year history and rechristened itself as InterMiles.
JPPL said the name InterMiles suggests the interchangeable nature of the rewards currency where it can be earned and redeemed across platforms including airlines, hotels, dine, shop and fuel, among others.
The new programme now gives you a tier based on the travel and experiences you book with InterMiles as the intermediary or using co-brand spends.

On Thursday, JetPrivilege, the erstwhile frequent flyer programme of Jet Airways, stepped away from its 25-year history and rechristened itself as InterMiles. Seven months after the grounding of Jet Airways, another connection with the airline is now lost due to this move.

The loyalty programme has moved from the airline to a website called intermiles.com.

In a press release, Jet Privilege Private Limited (JPPL) said the company has been on an exciting transformational journey over the last five years to expand from an airline-centric programme to emerging as an everyday travel-and-lifestyle rewards programme because discerning consumers have shifted beyond transactional rewards and cashback. The number of InterMiles managed is 33 billion over the six months ended October 2019, it said. JetPrivilege, the erstwhile frequent flyer programme of Jet Airways, stepped away from its 25-year history and rechristened itself as InterMiles. Seven months after the grounding of Jet Airways, another connection with the airline is now lost due to this move.

JPPL said the name InterMiles suggests the interchangeable nature of the rewards currency where it can be earned and redeemed across platforms including airlines, hotels, dine, shop and fuel, among others. In other words, this is the first and fundamental essential shift from the loyalty programme of Jet Airways to a stand-alone loyalty programme. The programme also imbibes a red colour to adapt its new independent identity, shedding the blue of old.

Fundamental Changes in the InterMiles Loyalty Programme from JetPrivilege

Notice the move from being a privilege benefits programme to being a miles programme. The JetPrivilege loyalty programme, at its core, was a loyalty programme of an airline, meant to provide benefits to the customers of the airline. As the Jet Airways’ proposition went away, InterMiles has focussed on becoming a travel and lifestyle loyalty programme, providing benefits on largely no-frill carriers in India, where network, price and timings are the usual decision factors. 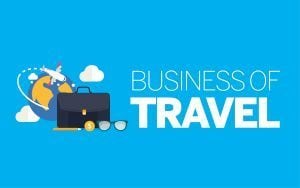 What does the programme ask for in return? To be loyal to InterMiles.com and its partners, which is very OTA’ish, again.

The new programme now gives you a tier based on the travel and experiences you book with InterMiles as the intermediary or using co-brand spends. The window of evaluating activity is now just 12 and 18 months, doing away with the 24-month window. Activities that count towards earning InterMiles include:

The more InterMiles tries to change, the more it also wants to remain the same. That is why the core set of benefits of this new programme still drive towards giving facilities to members such as Jet Airways used to do earlier even if the programme has to pay for these to the service providers. At the core, there are five tiers:

In many ways, InterMiles tries to compensate for the same things it tries to cut away from, benefits at the airport and on-board an aircraft. But unlike earlier where you could use your JPMiles and Upgrade Vouchers to upgrade domestically as well as internationally, everything is now just domestic.

In this, InterMiles uses some of the ideas of the past, from their Jet Airways days. The elite bonuses remain the same as the days of JetPrivilege, also the attempt to provide a meal, lounge access and seat selection to their members. However, while it was unlimited free earlier, you now get credits for each of these in your account, allowing you to use these benefits a finite number of times a year.

Here are the benefits explained:

The credit card partnerships all remain, at least for now. ICICI Bank and IndusInd Bank have already renamed their Jet Airways co-branded cards as InterMiles cards. American Express and HDFC Bank still have not, as of November 14, 2019. The new programme replaces the Jet Airways discounts with discounts on Etihad Airways tickets (10% for Business and 5% for Economy, booked via intermiles website), and a higher number of miles for Etihad Airways bookings made via the intermiles website. Platinum members continue to get the credit cards for free.

There are no longer any free ticket benefits  for Jet Airways on these cards, but there is an offer to get miles back on international redemptions via cards.intermiles.com. I am not sure if this is a one-off offer or will be ongoing at the moment.

JPPL continues to confuse us with how do they decide which trip will get how many miles. You could be paying the same fare for two different flights between the same cities, and get different miles credited to the account

In terms of redeeming miles, JPPL has removed their slabs, and just clubbed it into two chunks: Standard Flights and Flexi Flights. The standard flights look like the baseline option and the Flexi flights, are well, just a name to get higher miles for the same route. Standard flights have made some redemptions cheaper, for instance Mumbai Delhi and Mumbai Bangalore, but in the absence of a published award chart, it’s always difficult to remember how many miles are needed and these can change anytime.

Same thing for all the other routes I checked. All the redemption flights continue to be non-refundable, and you cannot cancel or change these flights at all.

With the programme moving away from the hands of an airline, to a website which is mainly akin to an OTA, the programme tries very hard to keep a sense of familiarity and change at the same time. Like I said earlier, this is more about miles than privileges. Then, the change starts from cosmetic ones such as colour and name. It tries to remain more of the same by trying to re-invent the same benefits one had on Jet Airways, but on no-frill carriers. However, due to cost aspects, these benefits are limited and not unlimited.

The most significant setback, however, is that you are forced to plan much for things which were a given in the earlier programme. For instance, let’s say I was planning to head to Delhi from Mumbai for a meeting. Later, I’ve decided I’d attend a friend’s wedding over the weekend as well, and will now need excess baggage. Also, while I was planning for the trip, I was going to eat lunch before getting on the flight. Now, I need to decide weeks or days in advance if I’d like to use my meal benefit on the plane. Also, does it mean I get a sandwich or a cookie jar, we don’t know. I think JPPL needs to add more functionality here than what is currently offered to amend bookings later, in which they need a stronger partner such as Cleartrip or MakeMyTrip than Easemytrip.com which is presently powering their backend.

Ajay Awtaney is a business travel & aviation journalist based in Mumbai, and the founder of the Indian frequent-traveller website Live From A Lounge (www.livefromalounge.com) Ajay flies over 200,000 miles every year, and tweets about The Business of Travel at @LiveFromALounge.
Tags air miles airmiles explainers Intermiles jet airways Jet Privilege loyalty programme Smart Living