Jet Airways collapsed 6 months ago. Air traffic growth has been lackluster since

Jet Airways collapsed 6 months ago. Air traffic growth has been lackluster since 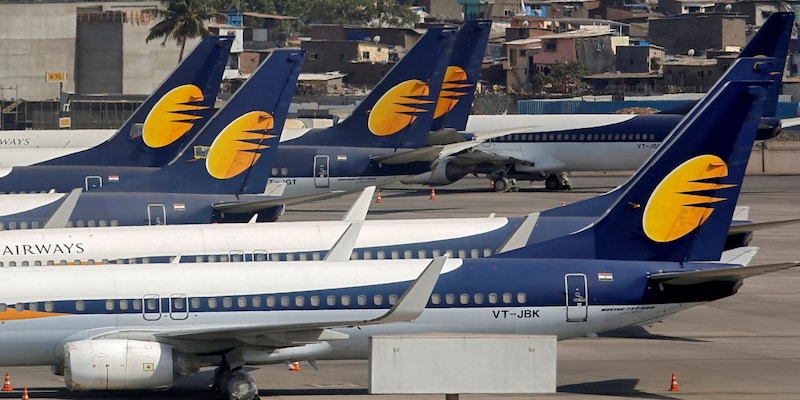 While every airline scrambled to launch flights with the slots freed up due to the collapse of Jet Airways, the airlines concentrated on metros — primarily Mumbai and Delhi, leaving out the AAI-operated airports. In this melee, there was a whole bunch of routes which Jet Airways operated at its peak that has been left out. Ameya Joshi takes a look.

It has been six months since Jet Airways — once the largest airline in Indian skies — collapsed. The last six months have seen quite a few debates about capacity, fares, market share, slots and a lot more. While each airline has its version of the story and strategy, the fact has been that the fall of growth in passenger numbers has coincided with the fall of Jet Airways. The air traffic growth in the country has been lackluster since the fall of the airline.

While every airline scrambled to launch flights with the slots freed up due to the collapse of Jet Airways, the airlines concentrated on metros – primarily Mumbai and Delhi, leaving out the AAI-operated airports. In this melee, there was a whole bunch of routes which Jet Airways operated at its peak that have been left out.
Jet Airways had been on a downward spiral for over six months before it shut down, starting with dismantling its mini-scissors hub of Guwahati for the North East and followed by reducing its ATR network, shutting down links and stations in the Gulf and concentrating the GCC operations via Mumbai and Delhi. But leading up to this fall, the airline had planned rapid expansion of its domestic network to take on the might of IndiGo and fend off the competition of Vistara.
Jet Airways operated its full planned schedule in the early months of last winter schedule. Aviation industry is divided into two scheduling seasons, the summer schedule which runs from last Sunday of March until the last Saturday of October, with the rest being winter schedule. It is wise to consider the Winter Schedule of 2018 to understand what Jet Airways operated or intended to operate and where those routes stand now.
The North-East routes
Jet Airways went big on the mini-hub at Guwahati at the start of winter schedule last year. The airline planned non-stop flights from Delhi to Jorhat, Imphal, Silchar and Aizawal, becoming the first non-stop operator for most of these sectors. While the flights were not daily, empirical evidence suggested that the airline is neither able to attract loads nor command a premium for these non-stop flights. Indeed, the problem was probably demand or the lack of right aircraft for the thin markets.
As the airline pulled out, except Imphal – no other sector sees a direct flight from Delhi and it has taken eight months for other destinations to see more than one daily flight. Go Air recently launched flights to Aizawal and IndiGo launched services to Silchar.
The UDAN routes and the hinterland connectivity
The airline had bid for a couple of routes under the Regional Connectivity Scheme (RCS) – UDAN (Ude Desh ka Aam Nagrik) and won exclusive rights on a few which it had started. This included operations by both – the B737 as well as the ATRs. The airline was the sole operator on the Delhi- Nashik route and the route was turning out to be promising with both passenger and cargo recording good numbers.
The central Indian runs of Allahabad to Patna, Lucknow and Nagpur under UDAN and flights connecting Tier II cities with each other like Jaipur-Chandigarh, Indore-Chandigarh, Lucknow-Chandigarh, Indore-Lucknow, Jet Airways had bid for a couple of routes under UDAN and had started operations pretty early after winning those routes. These includes the central Indian runs on the ATR and the sole connection between Nashik and Delhi on B737. The nature of the scheme is such that airlines will have to wait for the re-bidding, expected under UDAN 4.0.
The surprising ones
There have been some surprising routes on the list, those which have traditionally seen high-load factors and higher fares yet haven’t attracted attention of the competition. These include Pune-Indore and Mumbai-Pune where Jet Airways had monopoly and is unconnected now and routes like Mumbai-Vizag, which sees monopoly operations now with only Air India operating a non-stop flight. The route with Mumbai and Pune was one of the shortest in the country and one with consistently higher fares (in excess of Rs 8,000), for the flight was primarily used as a connector to Jet Airways domestic and international network from Mumbai.
The airline also operated or intended to operate flights to Guwahati from Ahmedabad and Pune along with connecting Pune to Patna and Coimbatore. A year later, IndiGo is starting flights between Coimbatore and Pune.
Tail note
Certain airports like Bhuj and Rajkot have been affected more than others after the suspension of Jet Airways. The UDAN routes will be re-bid and cannot be started by other airlines till they win it during the re-bid. The other central Indian hinterland routes have not attracted enough interest from either Spicejet or IndiGo – both of which have a sizable number of turbo prop aircraft, fit to operate such short and thin routes.
This gets us to many questions – was Jet Airways ahead of its time in connecting Tier-II cities with each other, which led to its fall with lack of profitability? Will the idea of Guwahati as a mini-hub to connect North Eastern airports to Delhi work with a smaller aircraft?
For every route added under UDAN, there still a lot of gaps which saw connectivity by Jet Airways and now remains wanting for connectivity. These routes will have to wait for another cycle of congestion at both Mumbai and Delhi to attract attention of airlines or be included in RCS-UDAN, with the later not being a guaranteed way to see flights, going by its dismal record so far.
Ameya Joshi is the founder of aviation analysis blog NetworkThoughts.
Read Ameya Joshi's columns here.
Check out our in-depth Market Coverage, Business News & get real-time Stock Market Updates on CNBC-TV18. Also, Watch our channels CNBC-TV18, CNBC Awaaz and CNBC Bajar Live on-the-go!