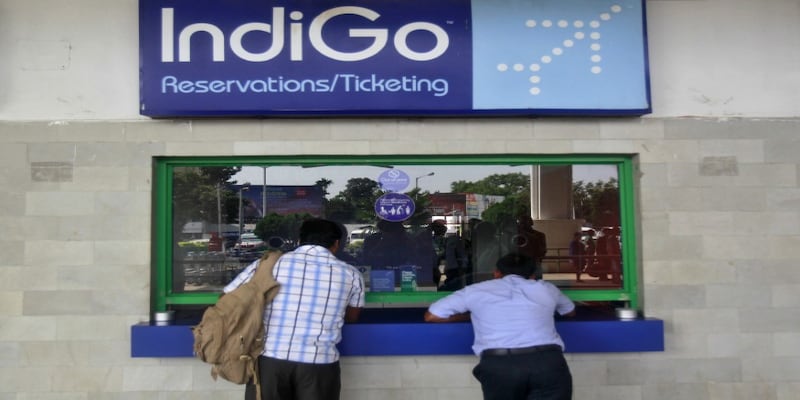 India's domestic airlines carried 11.84 million passengers during October 2018, up 13.3 percent for the corresponding month of 2017, a 14-month low since July 2017, according to data released by the Directorate General of Civil Aviation (DGCA).

India's domestic airlines carried 11.84 million passengers during October 2018, up 13.3 percent for the corresponding month of 2017, a 14-month low since July 2017, according to data released by the Directorate General of Civil Aviation (DGCA).

According to the DGCA data, low-fare airline, IndiGo, maintained its lead in terms of market share. The Gurugram-headquartered airline carried 5.07 million passengers during the month, which translates into a market share of 42.8 percent.
The Naresh Goyal-controlled Jet Airways (including JetLite) came a distant second, with 15 percent market share. National carrier, Air India, clocked 12.2 percent market share during the month.
The figures showed that SpiceJet continued to record the highest passenger load factor (PLF) at 90.8 percent during September 2018, followed by GoAir at 84.1 percent and Air India at 78.8 percent.
The 12 operational domestic airlines during the month reported an overall cancellation rate of 1.16 percent, as compared to 1.04 percent in the previous month.
Up to 46 percent of the cancellations were attributed under ‘miscellaneous’ reasons, 27 percent due to operational issues and 16 percent due to technical issues.
GoAir reported ‘zero’ cancellation rate during October. JetLite and Jet Airways also reported a low cancellation rate of 0.13 percent and 0.15 percent respectively. Air India reported a substantially higher cancellation rate of 4.2 percent during the same month.
All domestic carriers put together received 669 complaints in October, which translates into 0.56 complaints per 10,000 passengers carried during the month.
Baggage related issues were the major reasons behind passenger complaints with 35.4 percent. Up to 30.2 percent of passenger complaints were related to flight-related issues, followed by 21.8 percent of complaints related to customer service.
GoAir, once again emerged as the most punctual airline during October with an on-time performance rate of 90.5 percent for four metro airports – New Delhi, Mumbai, Bengaluru and Hyderabad. GoAir was followed by Vistara at 88.5 percent and SpiceJet at 86.5 percent.
Check out our in-depth Market Coverage, Business News & get real-time Stock Market Updates on CNBC-TV18. Also, Watch our channels CNBC-TV18, CNBC Awaaz and CNBC Bajar Live on-the-go!