Updated : November 20, 2019 01:43 PM IST
After having a slow day one, the Dubai Airshow gathered pace on the second and third days.
The Airbus fello’fly project, the latest demonstrator project inspired by biomimicry, aims to demonstrate the technical, operational and commercial viability of two aircraft flying together for long-haul flights.
Emirates, which was quiet on the first day of the airshow, came to the fore on the second day.

Dull moments at an airshow are rare. After having a slow day one, the Dubai Airshow gathered pace on the second and third days.

It seemed like another academic day here, with an exciting presentation from Airbus. The company said it is experimenting with new ways to reduce the fuel consumption of aircraft. Taking inspiration from migrating birds such as geese, Airbus unveiled a technology project called Fello’fly, which, if it works, could save 5-10 percent fuel per flight for airlines. The Airbus Fello’fly project, its latest demonstrator project inspired by biomimicry, aims to demonstrate the technical, operational and commercial viability of two aircraft flying together for long-haul flights.

Through Fello’fly, a follower aircraft will retrieve the energy lost by the wake of a leader aircraft, by flying in the smooth updraft of air it creates. This provides a lift to the follower aircraft allowing it to decrease engine thrust and therefore reduce fuel consumption in the range of 5-10 percent per trip. Airliners will have to fly separated by about 3 kilometres to be able to benefit from this concept, not as close as military formations.

In terms of the operational solution, Airbus is working with airlines and Air Traffic Control (ATC) provider, to identify the functional needs and suitable solutions for planning and executing Fello’fly operations.  Airbus is due to commence flight tests with two of its A350 aircraft in 2020. Emirates, which was quiet on the first day of the Airshow, came to the fore on the second day. To a packed room, Emirates confirmed an order it had first placed in early 2019 when the A380 programme was cancelled — that of the A350. While earlier on, Emirates had signalled an order for 30 A350 aircraft and 40 A330neo orders, the confirmation was made for 50 A350-900 aircraft in total.

Emirates did not comment on what it intended to do with the 30 A330neo orders and refused to take questions on the 40 787-10 orders which were first mentioned at the Dubai Airshow 2017. Airbus had the A350 order back in 2007 from Emirates, which was cancelled in 2014. Now, Emirates is back on the table and intends to utilise the A350s to fly up to 15 hours away, with an aircraft that would also include the yet-to-be-launched Emirates Premium Economy. 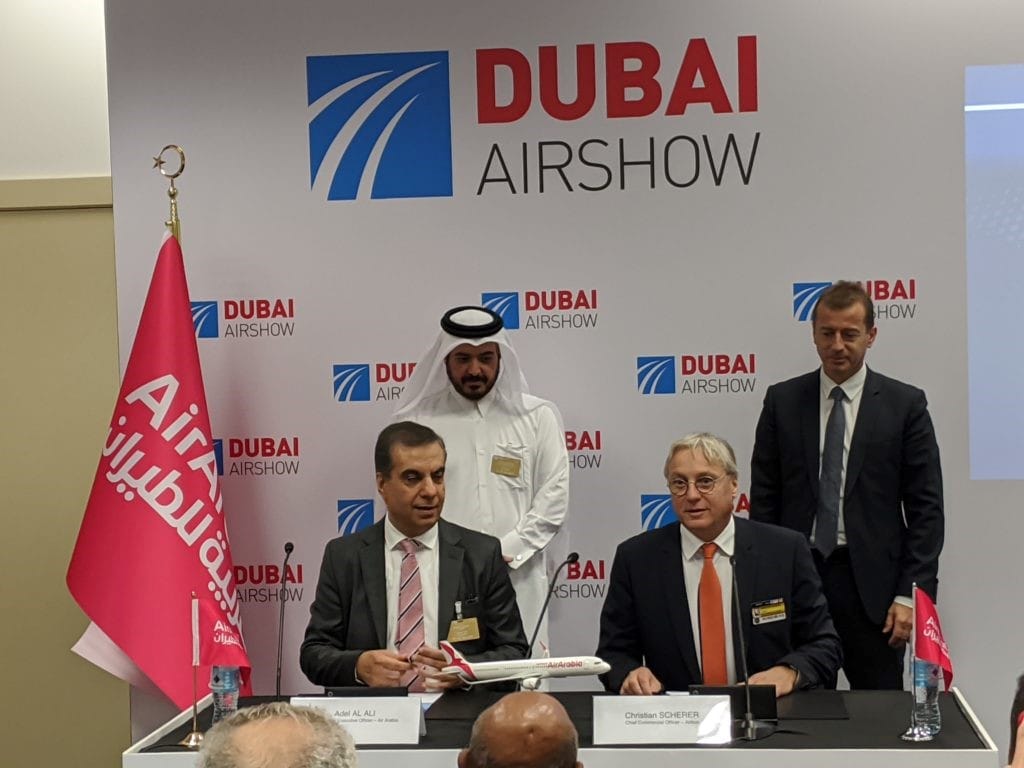 But that was not all. Airbus also received another big order for 120 aircraft, this time from neighbouring Air Arabia. While it is rumoured that this order would be passed on to AirArabia’s new tie-up with Etihad, the airline did not comment on that yet.  The deal is for 73 A320neos, 27 A321neos and 20 A321XLRs, which would allow Air Arabia to fly much further into Europe than they can at the moment. Delivery of the aircraft to Air Arabia will start in 2024.

Airbus continued its winning streak with Saudi Arabian carrier Flynas, which confirmed options earlier, making it an order for 10 A321XLR aircraft, hence taking their total A320 family tally to 90. The XLRs would primarily be used by the airline to fly deeper into Europe, lining up with the tourism ambitions of Saudi Arabia. 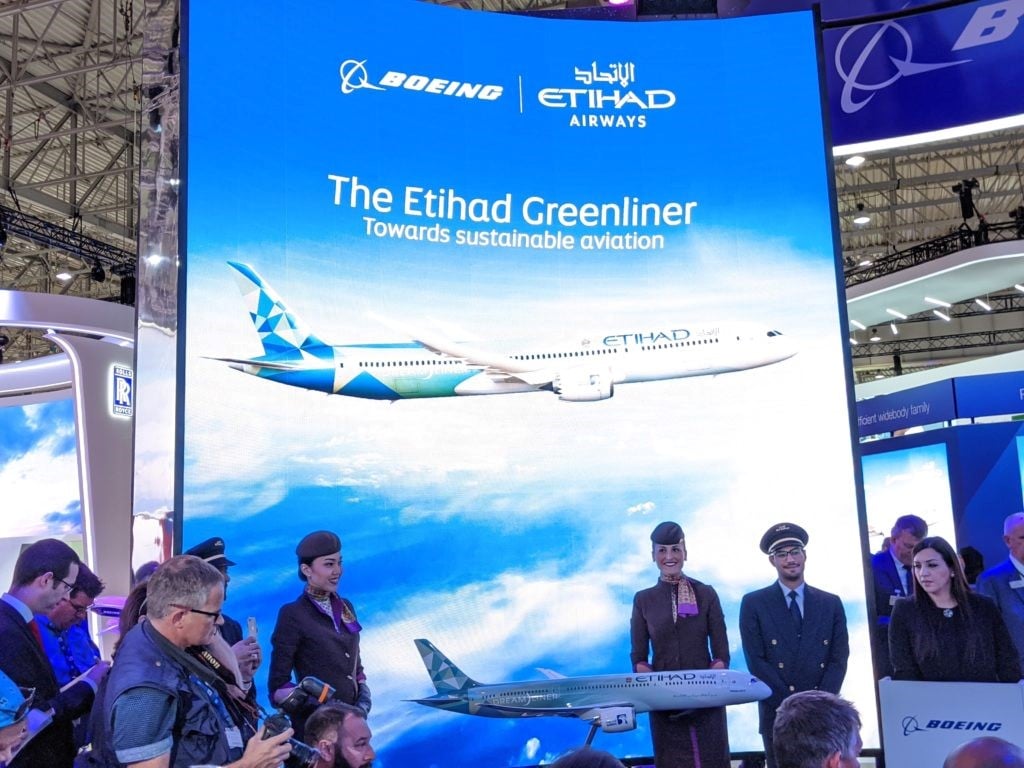 Etihad and Boeing to cooperate on the Greenliner

An interesting announcement was the Etihad Airways and Boeing collaboration, to use an upcoming Boeing 787 Dreamliner of Etihad Airways and brand it as the Greenliner. The Greenliner project would experiment with a whole bunch of aviation initiatives to make flying more sustainable. Etihad did not spell out a firm plan of action, but they did mention that they would both promote it on social media for sure.

A straightforward idea talked about was getting rid of single-use plastics from the aircraft, something Etihad has already tried out on another route, to Brisbane, Australia. Boeing would bring on board learnings from their EcoDemonstrator project. Further, the first flight of this aircraft would be to Brussels in January 2020, and after that, it would operate on other routes as well. Boeing also got a shot in the arm with FlyArystan, a newly established low-cost airline from Kazakhstan, which signed a letter of intent for 30 737 MAX 8 aircraft. This service is a no-frills airline from Air Astana, the flag carrier of the country.

Amongst all of this, the rumoured order for SpiceJet did not materialise so far at the Dubai Airshow.

The government of Ghana was out shopping at the airshow, signing up deals with Boeing for three aircraft, and then hopping over to de Havilland Canada for some turboprops. The intention is for the country to re-establish its national carrier, which would be largely privately held. After the small wins over the first couple of days, de Havilland, the new owner of the Q400 programme, now known as the Dash 8-400 programme, got itself a big backer. Aircraft lessor Palma Holding signed with de Havilland a letter of intent to purchase 20 Dash 8-400 aircraft. Subsequently, the government of Ghana signed up for six turboprops and other orders rolled in from Russia, and some leasing companies as well.

Thursday is the last day of the airshow, and Emirates still has booked time for one more press conference. Would this be an order for Boeing? We don’t know. Stay tuned.