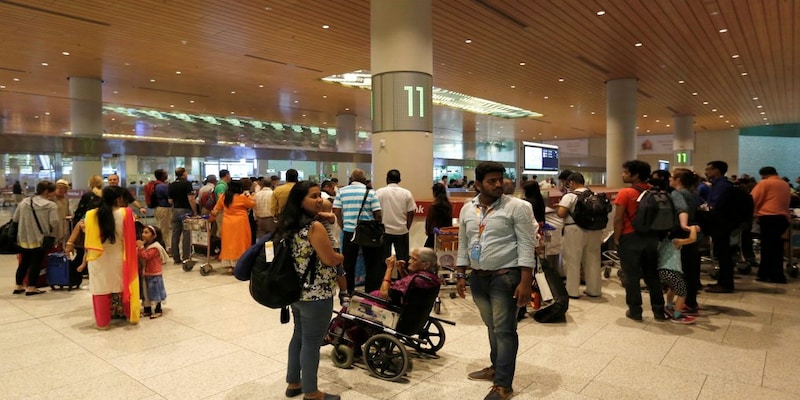 The $4.2 billion Jewar Airport project in NCR and Mopa project in Goa will herald a shift towards dual airport systems in India, but Indian aviation seriously needs to revisit the way it builds and operates airports.

In November 2019, Zurich Airports emerged as the successful bidder for the mammoth $4.2 billion Jewar Airport project. With this project, the National Capital Region (NCR) will see a dual airport system with a combined capacity of handling 112 million passengers per annum (MPPA).

This may also be the first dual airport system as the city of Goa struggles with environmental clearances for its second airport. The Mopa project in Goa, an estimated 450 million project, is currently embroiled in environmental challenges, and will take at least 18 months for a final clearance, assuming there are no more impediments.
As it stands, Mopa should be ready by end 2022 while Jewar is pressing ahead with an ambitious timeline of starting operations by 2022-23. The two airports will help India finally move slowly but certainly towards much needed multi-airport systems. But dual airport systems will also throw up interesting challenges for airports and airlines alike. And an impact on airport investors is certain.
Quality of growth will impact revenues
Under the current airport development model, the return on the regulated asset base is guaranteed for airlines. The model requires a complete rethink but until it happens, it is the travelling public that pays for cost-overruns, or faulty forecasts.
This has already been seen with the Mumbai and Delhi airport projects. At Delhi, the final project cost was 3.8 times the initial estimate and in the case of Mumbai, it was 1.7 times the initial estimate.
In both cases, the cost of these overruns was covered by the flying public. Both airports were allowed to levy development fees of nearly Rs 3,400 crore.  The contribution via fees levied on passengers was 1.2X–1.4X the equity contribution in the case of Delhi and 3.0X–3.2X in the case of Mumbai.
For both Mopa and Jewar, even the initial project costs have turned out to be exorbitant. In the case of Mopa, the forecast calls for a $500-million development project towards catering to 40 million passengers eventually while Jewar calls for spends of $4.2 billion for catering to 70 million passengers. These costs eventually will be recovered from passengers in one form or another.
Yet, that also poses a challenge for investors. Because high volumes do not always equate to high spends.  And as airports push towards greater non-aero revenue generation, this may be a point that haunts investors. Mopa has a hybrid till structure of 30 percent and Jewar will likely be at similar levels. Driving non-aero revenues will be key to profitability at both airports.
For instance, Goa has seen traffic levels dip and is losing out on high-spending segments that are increasingly choosing destinations in Bangkok, Vietnam and Sri-Lanka over Goa. In the case of Jewar, while traffic levels may be sustained, the quality of the growth and spending profiles could be starkly different.
Competition will force a rethink on pricing
With dual airport systems, the current slot portfolios will be enhanced. Thus airlines can be coaxed to leverage this towards offering better schedules. But airport marketing teams will face a challenge in convincing airlines whether to split operations or operate to both airports – a scenario that has simply not presented itself due to current monopoly positions.
As traffic profiles can be very different, attracting airlines can impact total returns. Compounded annual growth rates (CAGR) are forecast to be in the 8-10 percent range for both airports using a base case scenario. Airports, of course, prefer to use a more optimistic scenario but this does not assume segmentation of demand.
In both cases, segmentation of demand is inevitable and managing this segmentation proactively will be critical. Depending on the segments being catered to, airports will be forced to collaborate with counterparts. And eventually, given the market dynamics, the decision will come to competitive pricing.
Even for airlines that eventually choose to operate at both airports, the airport networks will have to be pushed. The Delhi airport network now has 68 domestic destinations and 72 international destinations while Goa has 14 domestic and six international destinations.
Some international multi-airport models include a split where one airport is categorised as domestic and the other fully international. This seems unlikely given the market dynamics.
Intensive lobbying for restrictions on second airport may backfire
With airports used to a monopoly position that is leveraged towards profits, both the proposed Goa and Jewar airports should be prepared for intensive lobbying by existing airports to impose restrictions on them. More so in Goa, where the current airport is a naval airfield and an argument for national security could possibly be made.
The goal in both cases is to alleviate traffic dilution. Yet, approval of any such restriction will effectively negate the effects of competition and thus must be carefully considered.
Airports may also have to factor in the virality of social media and how quickly messages can spread. After all, the very nature of public sentiment is changing and travellers are more connected and more aware than ever before.
Finally, in an irony of sorts, lobbying efforts may just be the catalyst that India’s airlines need to put up a united front. As of now, there is no single body that has membership by all airlines. And in this scenario, airport investors will also see an impact on returns.
Satyendra Pandey is the former head of strategy at a fast-growing airline. Previously, he was with the Centre for Aviation (CAPA) where he led the advisory and research teams. Satyendra has been involved in restructuring, scaling and turnarounds.
Read his columns here.
Check out our in-depth Market Coverage, Business News & get real-time Stock Market Updates on CNBC-TV18. Also, Watch our channels CNBC-TV18, CNBC Awaaz and CNBC Bajar Live on-the-go!