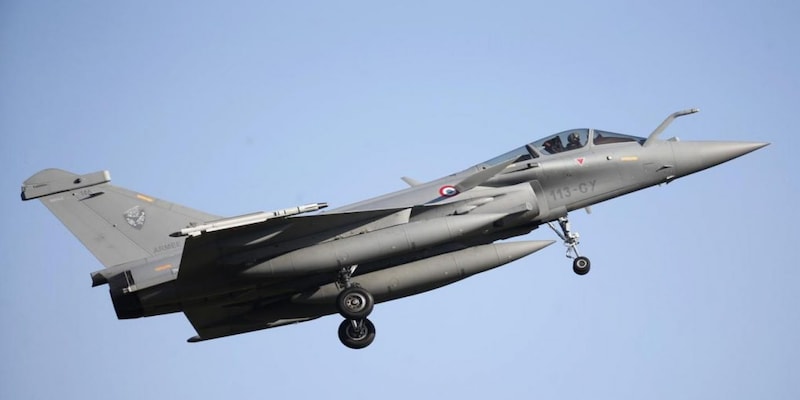 French company Dassault Aviation on Friday welcomed the Supreme Court order on the multi-billion dollar Rafale jet deal, saying that there are no irregularities in the purchase of 36 Rafale jets and its pricing and selection of Indian offset partners including Anil Ambani owned Reliance Defence.

In its ruling on a batch of petitions seeking a probe into the deal, the apex court said there was no occasion to doubt the decision-making process in the procurement of the 36 Rafale fighter aircraft from France.
Dassault Aviation, the makers of Rafale, had entered into an agreement with Ambani's Reliance Defence Ltd (RDL) for fulfilling offset obligations.
"Dassault Aviation has proudly supported the needs of the government of India and the Indian Air Force since 1953 and the induction of the Toofani aircraft," the company said in a release.
The company is fully committed in a strong relationship of mutual trust with India for over 65 years now, all resources of Dassault Aviation are entirely mobilised to make the Rafale, chosen by India in 2012 following a very complete competitive bidding process and evaluation, the spearhead of the Indian Air Force, it said.
"The deal is absolutely clean in accordance with Indian laws and regulations, as I have stated before, and the first Falcon part is currently under delivery out of our facility in Nagpur” said Eric Trappier, Chairman and CEO of Dassault Aviation.
The Congress has been alleging that the government had put pressure on Dassault Aviation to select Reliance Defence as its offset partner. The government, Reliance and Dassault Aviation rejected the charges.
Check out our in-depth Market Coverage, Business News & get real-time Stock Market Updates on CNBC-TV18. Also, Watch our channels CNBC-TV18, CNBC Awaaz and CNBC Bajar Live on-the-go!