Analysis: Why the “too big to fail” argument for Jet Airways cut no ice with banks

Updated : April 18, 2019 05:49 PM IST
There were many compelling circumstances that could have been used to argue against a closure of Jet Airways’ operations.
The plight of employees, the duress for travellers, an airline that had 119 planes just three months ago were all very pertinent issues that would have come up for discussion among lenders.
Given these circumstances, could the banks have extended Jet Airways a lifeline?

Jet Airways announced the suspension of operations as of April 17, 2019. The last flight flown was from Amritsar to Mumbai at 10.30 pm. The suspension was inevitable given that the cash-flow had dried up. An airline that only three months earlier flew a fleet of 119 aircraft was down to flying a fleet of 5 aircraft. More than 16,000 jobs are at stake. Hundreds of travelers bound to be impacted as the summer peak travel season is imminent. Stacked against these compelling circumstances — “too big to fail” comes to mind — could the banks have extended Jet a lifeline?

Banking by its very nature is risk-averse. When evaluating lending options, banks look at myriad measures including collateral, earnings potential, valuation drivers, default risk and the overall industry environment. In the case of Jet Airways, each of these gave out:

For banks that were looking at an exposure of more than Rs 8,000 crore and mounting working capital of another Rs 2,000–3000 crore, that too for an airline whose earnings potential was declining day-by-day, clearly, the lending options did not make sense.

For banks to lend, they would have to search for value in non-traditional sources. And on this front, they were found wanting If there was drastic action on cost reduction, it could have helped

For any sustainable business, revenues must be higher than its costs. This is especially true for airlines in price-sensitive markets like India. Jet Airways was operating at a loss per seat kilometer of Rs (0.77) as of the third quarter of this year. Put simply, the airline lost 0.77 paise on each seat it flew each kilometer. So if a flight was 1,000 kms the airline would lose Rs 770 per ticket. And this situation where the airline loses money on every kilometer flown is not sustainable.

For India, costs are the key criteria for airline success. With more than 1 crore passengers per month, the discernible trend is that when passengers book tickets in India, it is the price that drives the decision – followed by timing (schedule) and then other items such as frequencies/ frequent flier points (as a test to confirm if this is true, one can reflect about the last ticket they booked and what drove the decision).

Thus, airlines that have lower costs are able to offer lower fares and command a greater passenger share. Compare the costs of Indigo, SpiceJet and Jet Airways. While it cost Indigo Rs 3.61 to fly one seat one kilometer, SpiceJet’s cost was Rs INR 4.3 and for Jet Airways it was Rs 4.89. All airlines competed for similar domestic markets with significant overlap in short-haul international markets (mainly to the Middle East). It is no surprise then that low-cost-carriers (LCCs) now command more than 70 percent of the market.

In the case of Jet Airways, drastic action on costs was needed. Which would include selling off parts of the business such as the ATR fleet, eliminating several stations, significant retrenchment, aggressive renegotiation and revisiting the entire strategy. And while actions were indeed taken they did not cut as deep as required.

To draw a parallel, during the US election campaign when the bloated budget was being discussed, Barack Obama countered a proposal by his opponent to freeze spending stating that it was, “using a hatchet where you need a scalpel." In Jet’s case, the exact opposite approach was (and is) required.

The immediate challenge for Jet Airways was to generate cash. By delaying the inevitable the cash situation deteriorated. If Jet Airways had taken a proactive stance and simply grounded the fleet indicating they would run out of cash in a month’s time, it would have forced the banks and the government to take a decision – one way or the other. Such action is not without precedent. Indeed, the Australian airline Qantas took such action when faced with industrial strife. That forced a government decision and allowed Qantas to work with certainty.

In the case of Jet Airways, the airline continued to fly and generated dwindling cash while cancellations multiplied. So you had lesser cash coming in and more going out. And gradually the bank-lines dried up.  Forward bookings declined. Working capital liabilities mounted. Net income was impacted. Thus the requirement for interim funding.

In such a situation, if the banks were to infuse Rs 1,500 crore, most of it would go towards payables. If it did not, it could lead to a situation where vendors could put the airline on cash-and-carry, employees could strike (a walk-out was called by the pilots), and stakeholders that had a first lien on cash-flow could take legal routes.

From a risk perspective, this did not quite work for bankers. Add to that the lack of communication. 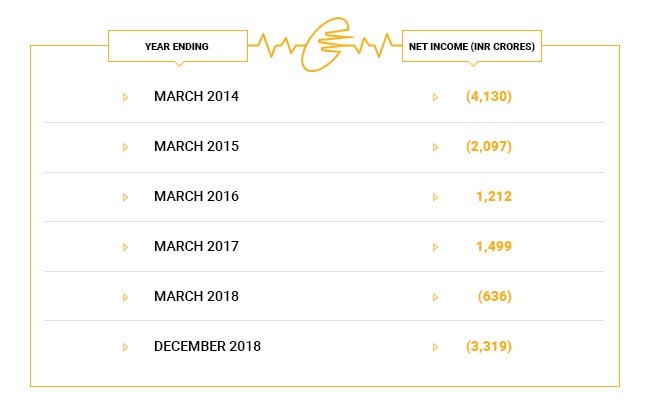 Communication – as critical as cash-flow

For any business communication is crucial. But in airlines, this is more so because a passenger trusts an airline with so much. With getting to the interview they are flying for; with getting to the honeymoon destination and back; with the family holiday; with the business deal; and once they board the airplane - with their lives.

In the case of Jet, since the troubles began one is yet to see a full-press conference or interviews with leadership that highlight that there is a clear plan going forward. The lack of communication led to uncertainty and thus uncertainty was (and is) bad for employees customers and suppliers alike. And a lack of communication led to speculation which did not help either.

In the current ecosystem, what Jet overlooked was that the old way of doing business via press releases is simply not tenable.  Senior management essentially has to be out and center to win the trust of stakeholders. Across cities, across crew bases and across media. No doubt there will be difficult questions but management has to show that they care.

Ironically this could have been a point in Jet’s favour. Because, Jet Airways has some of the most loyal employees, customers and suppliers and one would be surprised by how forgiving they are. But for that, the airline needed to communicate.

Clarity: what is the plan going forward?

As the bankers now wait for “binding bids” to be submitted, there is still a lack of clarity on what Jet wants to be. Clarity on this may indeed help bidders. For instance, one of the potential bidders, Indigo partners, is an expert in low cost and ultra-low-cost airlines. While TPG is an expert in turnarounds. Etihad is an established international airline that is facing its own challenges.

Even now, Jet must provide clarity on the plan going forward. Put out the plan and let the bidders evaluate if it makes sense or not. Look for valuation drivers in non-traditional sources. This includes:

As the Jet saga continues there are multiple perspectives and opinions on the situation. Some say let the airline fail, while others insist that there are significant impacts that must be evaluated and mitigated. Both sides are convinced that theirs is the right answer. And with each day, a confirmation bias convinces each side of the validity of their argument.

Without certainty or demonstrable actions on costs, cash-flow and communication, banks resorted to the traditional metrics to assess the airline. And based on that, the lending simply did not come through.

Satyendra Pandey has held a variety of assignments in aviation. He is the former head of strategy at a fast-growing airline. Previously he was with the Centre for Aviation (CAPA) where he led the advisory and research teams. Satyendra has been involved in restructuring, scaling and turnarounds. Has also provided policy inputs and suggestions. A certified pilot, he is an alumnus of the London Business School.
Tags Aviation industry employees Flights indian aviation jet airways jet airways crisis jet airways debt jet airways refund jet airways suspension Jet Airways tickets jet shares lenders Naresh Goyal Pilots refund SBI State Bank of India suspension