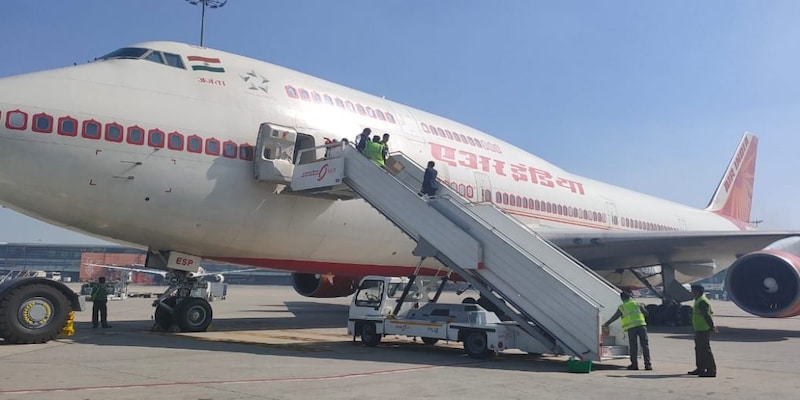 After a marathon disinvestment process, which was reinitiated in January last year, the government on Friday announced that Tata Sons' winning bid of Rs 18,000 crore was higher than the reserve price of Rs 12,906 crore set by it.
"We are most happy to hear that it will be the Tata group that is taking us over. We look forward to giving this company our best. "And, in return, we are sure that the Tata group will ensure that a mutually beneficial working relationship will be kindled over the years," said a committee member of the Indian Pilots' Guild, the Boeing pilots' union of Air India.
Also Read | Air India returns to Tatas: From bid size, future of employees to Maharaja logo, here are key highlights
Separately, the Guild in a tweet said, "@GuildPilots is proud that @airindiain is an airline founded by India's first licensed pilot and that the airline is going back to the Tata Group... We look forward to being a part of the #tatafamily."
The Indian National Commercial Pilots Association (ICPA), the Airbus pilots' body of Air India, said it has great hopes from the new employer.
ICPA General Secretary Praveen Keerthi said, "The Tata group is well known for taking care of its employees. Even during the pandemic, the employees of Vistara were better looked after than Air Indians. We have great hopes from the new employer and are excited and apprehensive at the same time."
Keerthi added that ICPA looks forward to meeting the new employer to take Air India to its former glory. "In this, they have our complete support."
The All India Cabin Crew Association, which claims to represent a majority of the cabin crew members in Air India, said in a tweet, "...it is a #Gharwapasi for our great #Airline... historic #aviation moment."
Rohit Nandan, Air India's former chairman and managing director, expressed hope that the airline is expected to be more professionally managed now with Tata Sons becoming its new owner." He added that the people in Air India are quite happy.
Also Read | Storyboard | A rebirth for Air India and its Maharajah?
"At least, Air Indians will have better times ahead. He said that the jobs of the pilots and engineers are secured, It is the other categories who might have difficulty but I think the government must have made some provisions to see that their jobs are safe," Nandan said.
Check out our in-depth Market Coverage, Business News & get real-time Stock Market Updates on CNBC-TV18. Also, Watch our channels CNBC-TV18, CNBC Awaaz and CNBC Bajar Live on-the-go!