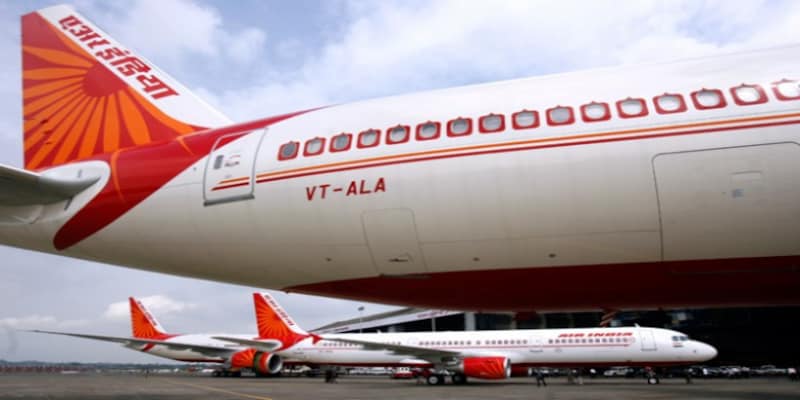 Previous attempts towards the sale of Air India had to be aborted due to failure to generate interest from investors for the loss-making national carrier.

As the government is preparing to invite fresh expressions of interest (EoIs) by December 15 to divest its entire stake in Air India, the airline's employees will be offered job protection for a period of one year, reported Financial Express, citing officials.

According to the report, the airline has more than 11,000 employees.
“The sale and purchase agreement (SPA) agreement will provide that strategic partner shall not retrench any employees of the company for a period of one year,” an official was quoted as saying in the report.
The decision is crucial as any prospective buyer could look to overhaul the current workforce of the carrier in order to increase its efficiency.
Earlier, finance minister Nirmala Sitharaman said that the sale of state-run Air India and Bharat Petroleum will be completed by March next year. The minister, in an interview to the Times of India, stated that there is a “lot of interest” among investors as evident in international roadshows ahead of the sale of Air India.
The statement came after previous attempts towards the sale of Air India had to be aborted due to failure to generate interest from investors for the loss-making national carrier. Air India has run into a debt of Rs 50,000 crore by some estimates and the special purpose vehicle (SPV) named Air India Assets Holding Limited (AIAHL) has mopped up Rs 21,985 crore by way of bond issues since September 16 with the proceeds being utilised to repay the debt of the national carrier.
Check out our in-depth Market Coverage, Business News & get real-time Stock Market Updates on CNBC-TV18. Also, Watch our channels CNBC-TV18, CNBC Awaaz and CNBC Bajar Live on-the-go!