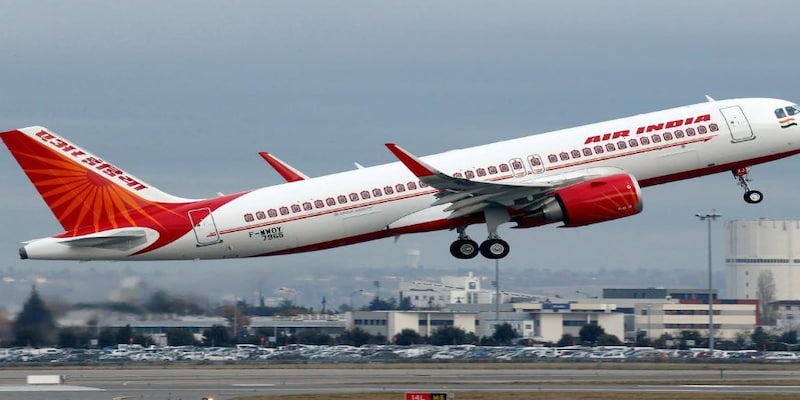 As Tata Sons wins Air India bid, the deal comes full circle for the Tatas as the group has again become the airline's owner after selling it off to the government in 1946. Here's a look at the key highlights of Air India divestment

Tata Group is taking over the debt-laden national carrier Air India as it has emerged with the winning bid of Rs 18,000 crore for the buyout of the 'Maharaja.’ As reports kept doing the rounds, life has come full circle for the Tatas, as the group has again become the owner of Air India after it sold the airline to the government earlier in 1946.

Air India returns ‘home’
Soon after the announcement, Tata Sons chairman emeritus Ratan Tata tweeted, “Welcome back, Air India,” along with an old photograph of the company's former chairman JRD Tata getting down from an Air India aircraft.

Air India was founded as Tata Airlines by JRD Tata in 1932 and was renamed Air India when it became a public limited company in 1946. JRD Tata remained as Air India chairman until 1978 and even Ratan Tata was at the helm of Air India between 1986 and 1989.
From the bid size to the future of employees, here are key highlights of Air India’s homecoming
Divestment process
The process for disinvestment of Air India and its subsidiaries commenced in June 2017 but the first round did not elicit any Expression of Interest, though the Tata group was then also at the forefront of buying a stake in the national carrier and even in 2001.
The process recommenced on 27 January 2020. The timelines had to be extended due to the COVID-19 pandemic. In April 2021, the government asked potential bidders to put in financial bids. The last day for placing financial bids was September 15 this year.
In view of the excessive debt and other liabilities of Air India arising out of huge accumulated losses, the bidding construct was revised in October 2020 to Enterprise Value (EV) to allow prospective bidders an opportunity to resize the balance sheet and increase chances of receiving bids and competition.
Also Read | Storyboard: A rebirth for Air India and its Maharajah?
The EV construct allowed the bidders to bid on the total consideration for equity and debt instead of a pre-determined, fixed debt with minimum cash consideration of 15 percent for equity.
How much will Tatas pay to buy Air India?
The government will sell a 100 percent stake in the airline to Tatas. This also includes 100 percent holding in AI Express Ltd and 50 percent holding in Air India SATS Airport Services.
Tata Sons' special purpose vehicle (SPV) Talace Pvt Ltd’s bid of Rs 18,000 crore comprises taking over Rs 15,300 crore debt and paying the rest in cash.
The transaction does not include non-core assets including land and building, valued at Rs 14,718 crore, which are to be transferred to the government's holding company AIAHL.
Also Read: Tata's back in Air India cockpit
The second bid was submitted by SpiceJet Chairman and Managing Director Ajay Singh, who took part in the process in a private capacity and put a bid of Rs 15,100 crore.
As of August 2021, Air India has a combined debt Rs 61,562 crore. Tatas will take over Rs 15,300 crore worth of debt and the remaining Rs 46,262 crore will remain with Air India asset holding company. Currently, Air India is incurring losses of Rs 20 crore a day.
Future of Air India employees
According to the Ministry of Finance, Tatas will have to retain all employees of Air India for one year. If the group sacks anyone in the following year, the employees need to be offered voluntary retirement. All employees will get gratuity and provident fund and post-retirement medical benefits.
Also Read | 20 years later: India's CPSE privatisation off to 'Maharaja' start
Air India currently has over 12,000 employees, out of these over 8,000 are permanent and more than 4,000 contractual employees. Meanwhile, Air India Express has 1,434 employees. On average, 1,000 permanent employees are set to retire every year
What happens to the Maharaja logo?
Air India brand has eight logos that will go to the bid winner. Tatas cannot transfer the Air India brand for at least five years and post this period, the group can transfer the brand to only a legally Indian person or group.
What's next?
The next step will be to issue the Letter of Intent and then sign the Share Purchase Agreement following which, the conditions precedent would need to be satisfied by Talace Pvt Ltd, Air India and the government. The transaction is expected to be completed by December 2021.
According to the share purchase agreement, Tata group is allowed to merge the airline among its own airlines. However, there is a 3-year business continuity clause that states the new owner will have to continue the business for three years.
(Edited by : Kanishka Sarkar)
Check out our in-depth Market Coverage, Business News & get real-time Stock Market Updates on CNBC-TV18. Also, Watch our channels CNBC-TV18, CNBC Awaaz and CNBC Bajar Live on-the-go!