Why EVs are catching fire; here’s what automakers say

Why EVs are catching fire; here’s what automakers say 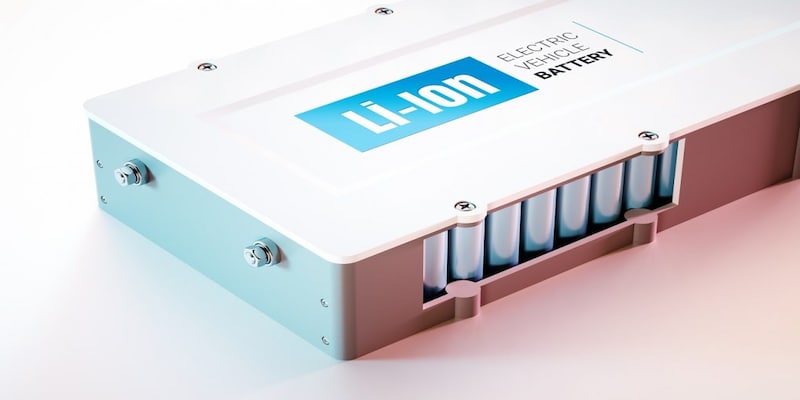 Vehicle fires are already one of the most common fire incidents across the world. But as EVs go mainstream, attention must be paid to their own fire hazards. The idiosyncrasies of lithium-ion battery units used in EVs make them susceptible to fire risks. Regulations and research are needed to ensure safety.

Electric vehicles (EVs) are in demand across the world and their popularity is only expected to increase in the coming years. They are expected to achieve a CAGR 29 percent growth over the next 10 years and reach over 30 million units annually by 2030.

But even as the popularity of electric vehicles is soaring -- as they reduce emissions and have lower long-term costs -- many forget about their potential fire hazards.
Recent instances of ePluto scooters catching fire have gone viral on social media. Even as Pure EV, an EV startup that manufactures ePluto, blamed the media for hyping the incident, it has brought into the limelight the potential hazard of EVs.
Companies like Tesla, Porsche, Hyundai, General Motors, Volkswagen, Mitsubishi, Fisker Automotive, BYD and others have seen their electric vehicles catch fire.
Also read:
Toyota to spend $13.5 billion to develop EV battery tech and supply by 2030
Automakers have often recalled their vehicles due to potential faults that increase the risk of fire. In August 2021, General Motors recalled its Bolt EVs for the third time in nine months. At the same time, Hyundai recalled over 80,000 of its EVs over similar concerns. In total, the cost of recalling the vehicles stood at $1.8 billion and $900 million, respectively.
Why are EVs catching fire?
Modern vehicles are complex creations with a tangle of electronics interacting with sophisticated machinery and fuel to achieve movement. A single error in wiring or a faulty fuel line can cause a fire in a vehicle without any outward appearance.
A study had found that vehicle fires in the US make up 17 percent of all reported fires in the country, with 287,000 vehicle fires per year, or 30 vehicle fires per hour.
While EVs forego some of the moving parts, they are even more complicated due to the science involved in their ‘fuel’ -- the battery packs.
Risk of lithium-ion batteries
Most electric vehicles run on lithium-ion or Li-Ion batteries. These are the same batteries that are often used in most consumer electronics and are known to catch fire when exposed to air. Lithium-ion and lithium metal batteries are known to undergo a process known as a thermal runaway when they fail.
During the process, the pressure and temperature rapidly increase and if the interior of the battery is exposed to the air then it can catch fire or even explode. The presence of organic liquid electrolytes in the battery unit only serve as fuel to the fire as they can ignite when the rest of the battery undergoes thermal runaway and start a fire.
Also read: Tesla Megapack fire in Australia blamed on undetected coolant leak
Manufacturing glitches
The failures that can cause thermal runaway can be due to manufacturing defects or even from errors in the software that monitors the battery, or just an overall design flaw. It can be hard to pinpoint the exact cause of failure in most battery units since it is extremely difficult to reenact the conditions of the fire.
Most battery manufacturers race against making safe yet highly energy-dense battery units for automobile manufacturers. With most factories located in China, where regulatory conditions and quality inspection can vary widely from region to region, the onus is on battery manufacturers to make safe products.
In the case of General Motors and Hyundai’s recall, LG Chem's battery unit LG Energy Solution (LGES) had produced faulty batteries that had a significant risk of catching fire.
What’s the solution?
As interest in EVs increases, there is a growing need for uniform standards and regulations for EV battery makers. Risk thresholds need to be measured and OEMs would need to facilitate procurement of battery units that exceed or at least make those risk thresholds.
Independent inspection units, and more regulation from governments are also needed to ensure that the batteries being fitted within EVs do not possess an excessive fire hazard.
Also read: Electric vehicle batteries: Major players and their expansion plans
At the same time, the development of other battery units, especially those that use less flammable materials, is necessary. More research and development should be on the way from OEMs as they refine the design behind battery units and also explore alternative materials that carry less of a hazard.
Companies are already willing to work with the government, and more proactive action is needed to ensure that the growing pains of the EV industry can be addressed.
"We welcome, if the government or the concerned regulatory body wants to issue detailed guidelines on the manufacturing, testing and validation methods, transportation, storage and usage of the lithium batteries to the EV OEMs, and safety manuals and checklists to the dealers and the end consumers, and the frequent service/health check-up/maintenance protocols of the lithium batteries while they are in use and idle conditions," Pure EV had said in its four-page official note.
Also read: How will solid-state batteries make electric vehicles better?
(Edited by : Shoma Bhattacharjee)
Check out our in-depth Market Coverage, Business News & get real-time Stock Market Updates on CNBC-TV18. Also, Watch our channels CNBC-TV18, CNBC Awaaz and CNBC Bajar Live on-the-go!