Tata Motors launched its much-anticipated flagship SUV, the all-new Safari, on Monday at a starting price of Rs 14.69 lakh (ex-showroom). The iconic SUV returns with a three-row set-up — available in both six as well as seven-seater options. The six-seater Safari will offer the captain seats in the middle row. ‘The Legend’, as it is widely known, will be available in six variants.

“The Safari tops the ‘New Forever’ range of cars and SUVs launched in 2020 and marks another milestone in Tata Motors’ strategic transformation,” Guenter Butschek, MD and CEO, Tata Motors, said. He added that the new Safari was an impressive endorsement of Tata’s stated intent of enhancing presence in the faster-growing market segments. “We will make the Safari rule the Indian roads once again,” he added. While the brand Safari needs no introduction, it returns at a time when there is no dearth of sports utility vehicles in the Indian market. But the SUV looks prepared to take on its competitors, primarily MG Hector, Mahindra XUV 500 and Toyota’s Innova Crysta.

Besides a powerful two-litre diesel engine under the hood, which generates 170 PS of power and 350Nm of peak torque, the car comes in six-speed manual and automatic transmission options.

Tata has made efforts to bring the ‘Legend’ on a par with contemporary SUVs. It features a panoramic sunroof, reclining second-row seats, ambient mood lighting, rear AC vents, multi-drive modes and comes with an 8.8-inch touchscreen infotainment system. 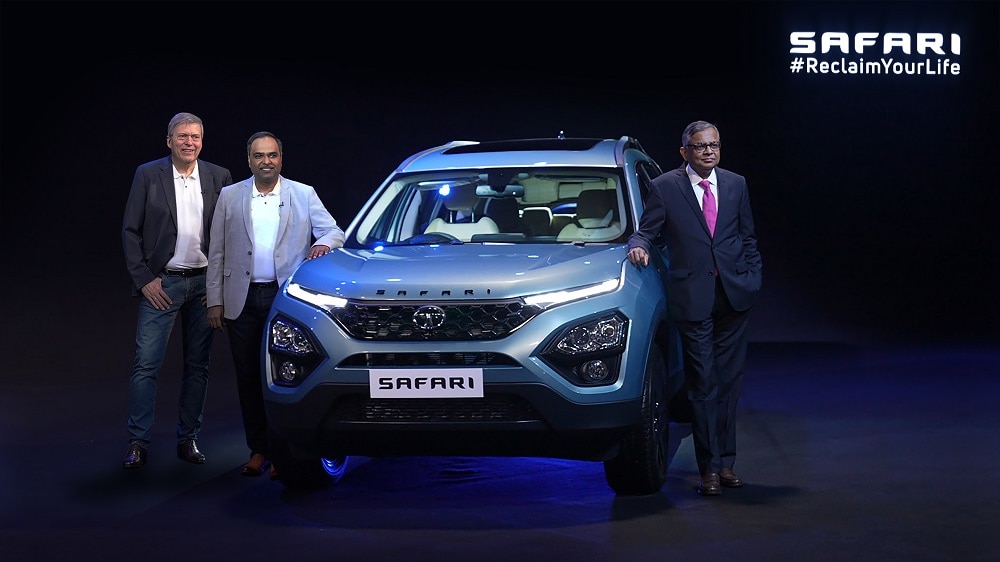 The car features a chrome studded tri-arrow front grill, something that differentiates it from its younger sibling, Harrier. The iconic Safari will also sport the iconic roof rails, carrying the legacy forward. Coupled with dual-function led DRLs are the xenon HID projector headlamps.

The build-up to the Safari launch was meticulously planned by the Indian automobile giant. Interestingly, the car was code-named Gravitas before the launch. It was called Buzzard when it was first presented as a concept car. Like Harrier, the new Safari, too, is based on Land Rover’s D8 platform. Not to forget, Safari’s exteriors look heavily borrowed from Harrier, which has slowly acquired the image of a leader in its class. But the ones looking for a slightly longer version of the car have set their eyes on Safari.