Stuck in the slow lane: Here is how automakers fared in August

Stuck in the slow lane: Here is how automakers fared in August 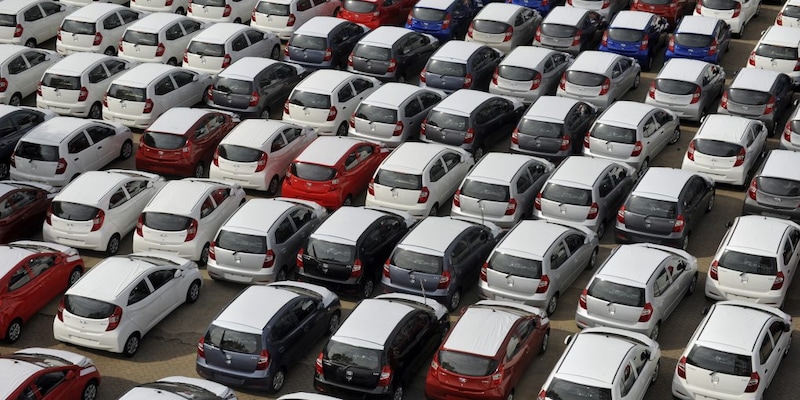 With the auto industry bearing the brunt of the economic slowdown, the most recent sales figures have only accentuated the decline. All carmakers have reported a decline in year-on-year sales.

With the automobile industry bearing the brunt of the economic slowdown, the most recent sales figures have only accentuated the decline. All carmakers have reported a decline in year-on-year sales.

In contrast to last year, auto companies have registered a massive year-on-year sales downturn of 30.9 percent in the domestic market, with the August 2018 sales of 2,82,809 units dwarfing last month’s 1,95,558.
Which companies saw a drop in sales? Which ones had similar figures? And which carmakers showed increased sales? Here’s an in-depth look at the auto sector.
Companies that sold less units
Mahindra: Registering a 25 percent decline from the previous year, the Indian carmaker also suffered a monthly loss in sales, from 40,142 in July to 36,085 in August, a 10.1 percent drop. Of the August 2019 sales, 33,564 accounted for domestic sales, while 2,521 were exports.
Tata: At a mammoth 60.3 percent, Tata Motors saw the highest drop in year-on-year sales for domestic passenger vehicles. In terms of all domestic sales, the decline from last year stood at 49 percent. It also reported a 11.5 percent loss in domestic sales from July to August, selling 29,140 cars compared to the previous month’s 32,938.
Honda: Honda Cars India sales saw a monthly decline of 19.5 percent, from July’s 10,584 units to 8,518 in August. As many as 8,291 of the August sales were domestic, while 227 units were exported. In contrast to the previous year, the decline was the biggest out of all, as sales were cut in half by a 51.65 percent drop.
Ford: The Ford Motor Company domestically sold 6,284 cars in July, which reduced to 5,517 in August, a 12 percent decline. Year-on-year domestic sales also saw a loss of 31.4 percent.
Volkswagen: The German automaker saw a 7.8 percent decline in domestic sales between July and August, selling 2,500 and 2,306 units respectively. It sold 30.8 percent less cars compared to August 2018 in the domestic market.
Companies that sold equal or similar number of units
Maruti Suzuki: India’s most-selling car company registered a 2.6 percent loss in sales from 1,09,264 in July to 1,06,413 in August. Out of these, compact cars sold the most, at 54,274 units. The domestic sector made up for 97,061 sales, while 9,352 cars were exported. Compared to August last year, sales were down 32.7 percent.
Hyundai: Sales of the South Korean automaker dropped from 58,807 vehicles in July to 56,005 in August, a loss of 4.8 percent. Domestic sales amounted to 38,205, while the carmaker registered the highest export sales at 17,800, a 10.5 percent jump from August 2018. The company also saw a year-on-year decline of 9.5 percent.
Toyota: The automaker saw a marginal increase of 2.2 percent in total monthly sales from 11,291 in July to 11,544 in August, of which 10,701 were domestic sales and 843 were exports. But, compared to last year, it registered a decline of 24.3 percent.
Companies that sold more units
Nissan: The automaker registered an 8.4 percent increase in monthly domestic sales from 1,304 in July to 1,413 in August. But it lost massive year-on-year sales of 54.5 percent in the domestic sector.
Renault: The French car manufacturer was the most successful in the market in terms of monthly domestic sales, with its 55.7 percent increase, the highest of the lot. In the domestic market, it sold 5,700 units in August, gaining from 3,660 in July. However, like all other companies, it also saw a decline from last year in domestic sales, at 13.1 percent.
Fiat: The American-Italian auto giant saw the lowest sales of the month, selling only 609 cars in August domestically, a 19 percent increase from the 511 units it sold in July. It also registered the second-highest drop in year-on-year domestic sales with 56.5 percent.
Skoda: Also seeing an uptick in domestic sales is Skoda, with a 7.8 percent increase. The car manufacturer locally sold 1,076 cars in July, which increased to 1,164 in August. It also saw the lowest year-on-year decline of all companies domestically, at 12.5 percent.
Check out our in-depth Market Coverage, Business News & get real-time Stock Market Updates on CNBC-TV18. Also, Watch our channels CNBC-TV18, CNBC Awaaz and CNBC Bajar Live on-the-go!