Sale of electric cars picks up in February; Tata sold 2,264 units, others didn’t do bad either

Sale of electric cars picks up in February; Tata sold 2,264 units, others didn’t do bad either 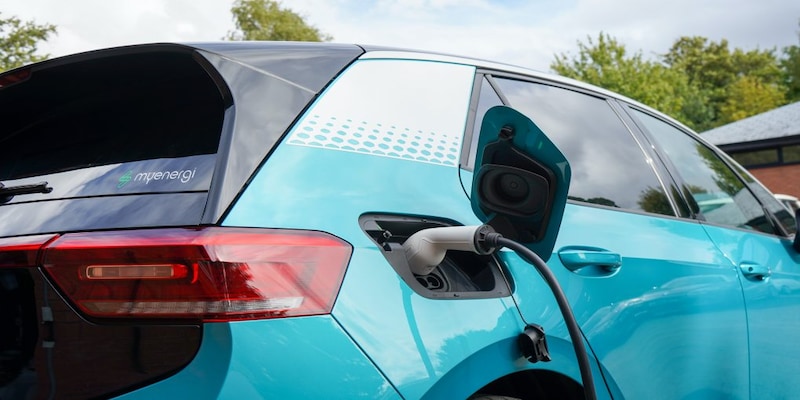 Sales in the electric car segment in India picked up in February after a blip in January, with Tata Motors leading the charge. Several automakers are now offering affordable electric cars to boost the electric vehicle (EV) ecosystem in the country. The total registrations of EVs in the first two months of 2022 surpassed the 1 lakh mark.

Here are the top 10 electric cars sold in India in February 2022.

Tata continues to dominate the electric cars segment with a whopping 96 percent share of the market. Its two leading electric car models Tata Nexon EV and Tata Tigor EV sold about 2,264 units in February and posted a massive rise of 421 percent compared to cars sold last year in the corresponding month. Tata Nexon EV comes with a price tag of Rs 14.29-16.90 lakh (ex-showroom, Delhi) while Tata Tigor EV starts at Rs 11.99 Lakh and goes up to Rs 13.14 Lakh (ex-showroom, Delhi).

MG Motors with its single electric offering in the Indian market, the MG ZS EV is the third-best seller. The company sold about 38 units of the MG ZS EV which received a facelift recently. However, the sales went down by 70 percent as compared to February 2021. It is priced from Rs 21.99 lakh to Rs 25.88 lakh (ex-showroom, Delhi). MG offers two variants, the Excite and the Exclusive models.

Mahindra and Mahindra is a key player in the Indian EV market. The company showcased the upcoming line up of electric cars at the Auto Expo 2020. Currently, the electric sedan eVerito holds the fourth spot in the list of best-selling electric cars in February 2022. The sales posted a growth of 20 percent over the corresponding month of last year. The Mahindra eVerito is priced at Rs 12.67 lakh and goes up to Rs 13.03 lakh (ex-showroom, Delhi).

The BYD e6 electric MPV is an exclusive B2B offering by the Chinese carmaker BYD Auto. The car is available for purchase by only fleet operators in India. The company sold 10 units of the electric MPV BYD e6 in the month of February. The car is priced at Rs 29.15 lakh (ex-showroom, pan-India).

One of the leading luxury car makers, Audi launched the Audi eTron in late 2021. Since then the luxury electric sedan has gained traction in the Indian market. The company sold about 7 units in February which is more than its main competitors Mercedes, Jaguar, and Porsche. Audi has priced the new e-Tron at Rs 1 crore and goes up to Rs 1.18 crore in India.

As claimed by Hyundai, the Kona EV is India’s first electric SUV. The company managed to sell 7 units of the Kona EV equalling Audi’s numbers. The sales of the car remain low as it faces competition from the more affordable SUVs in the market like the Tata Nexon EV and MG ZS EV.  Hyundai has priced the Kona Electric at Rs 23.79 lakh that goes up to Rs 23.98 lakh (ex-showroom, Delhi).