New six-light configuration can ramp up safety of motorcyclists: Study

New six-light configuration can ramp up safety of motorcyclists: Study 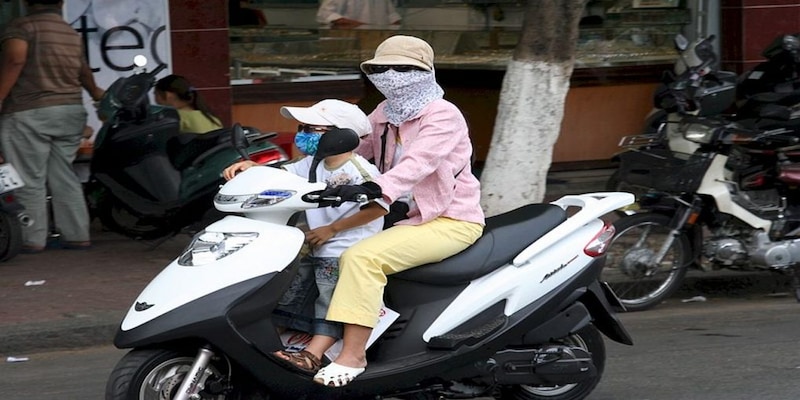 Researchers have come up with a new way to arrange lights on motorcycles to make them safer during night driving. In a new study published in the journal Transportation Research Part F: Traffic Psychology and Behaviour, scientists found that a six-light vertical configuration that stretches from the top to bottom helps motorcycles be more visible.

“Because motorcycles are smaller than many other vehicles, it is more difficult for other drivers to accurately judge their motion on the roadway,” explained researcher Bradley Weaver from Emory Healthcare, Emory University in Georgia.
The study took 35 individuals between the ages of 19 and 70 and ran them through driving simulations. The researchers measured how long it took the drivers to notice motorcycles using the standard headlamp configuration against motorcycles using different light configurations. The research team found that the six-light configuration resulted in the biggest improvement in perception.
ALSO READ:
Safest cars in India; know the brands and models you can prioritise
The team of researchers found that their new light configuration allowed drivers to see motorcycles up to 0.8 seconds faster than usual. While the less than a second improvement may not seem much on paper, it can be crucial when it comes to decision-making, explained the researchers.
With motorcycles' size, speed and lack of protection, they continue to be one of the most accident-prone forms of transport in the world. In India, 69,240 deaths were recorded from two-wheelers in 2021, according to the latest data from the National Crime Records Bureau (NCRB). The number of road fatalities from motorcycles was nearly three times as much as that from cars in the country.
With a large portion of vehicular accidents happening at night or during poor lighting conditions, making motorcycles more visible can lead to improved safety.
“It is particularly difficult at night when a motorcycle has only a single headlight because other drivers can’t see the motorcycle’s full height or width,” Weaver added.
ALSO READ:  Here’s a first ride impression of Ducati Desert X
(Edited by : Sudarsanan Mani)
Check out our in-depth Market Coverage, Business News & get real-time Stock Market Updates on CNBC-TV18. Also, Watch our channels CNBC-TV18, CNBC Awaaz and CNBC Bajar Live on-the-go!