Updated : August 09, 2019 12:41 PM IST
Dynamically, the Seltos is well sorted. The suspension is a good balance between soft and stiff.
It is comfortable over rough patches and undulations and doesn't crash over the bigger potholes.

It was the 7th of February, 2018 when Kia Motors first showcased the SP2 concept at the Auto Expo. This was the vehicle it would make its India debut with. Only 18 months later I find myself in Goa sitting behind the wheel of the Kia Seltos - the final production version of the SP2. In that time the company has set up its zero-emissions, zero-wastage plant at Anantapur in Andhra Pradesh and rolled out its first vehicle. That timeline of events is important. It gives a good idea about the company Kia Motors is. They made a plan and they stuck to it. Little wonder then that the company commands considerable respect in discerning markets like Europe.

But let’s focus on the purpose at hand, which is to tell you more about the Seltos. 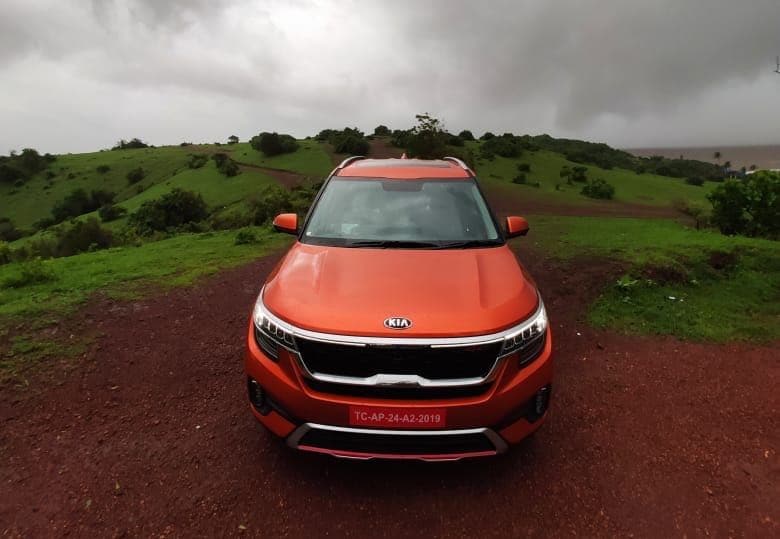 It looks contemporary like it was designed for 2019. The front-end features the familial tiger-nose grill, the top of which gets LED DRLs (daytime running lamps) stretching outwards to the end of the headlamps. The headlamps are full LED units, just like the vertically stacked fog lamps on the bumper below. Talking about the bumper, it has plenty of contours and the GT Line variants get a red stripe at the bottom for added effect. The hood also gets prominent creases making the Seltos look solid and muscular when viewed head on. The front-end is definitely the selling point of Kia’s exterior. The profile is proportionate with a prominent shoulder line split half between the front and the rear end. The crease at the bottom of the door also gets red stripes in keeping with the GT theme. The 17-inch wheels with 215 section tyres fill up the wheel arches quite well and importantly help the Seltos look proportionate.

The contemporary styling continues at the rear where the LED tail lamps are interrupted by a thick chrome strip running along the boot. That combined with the ambitious faux twin exhaust element on the bumper round out the rear. The overall feeling is that of great quality and superb fit and finish. Nothing to complain about here.

It’s a similar story inside the cabin, where shutting the door greets you with a nice damped thud. Always a good sign. The experience only gets better from here. On the GTX+ variant, the flat-bottom steering is leather-wrapped with red stitching and that theme continues on the door pads as well as the seats which are beautifully upholstered in light and dark leather. The middle panel running between the side and middle AC vents is also finished in leather. The quality of plastics is easily the best in the segment with the dashboard using piano black, ivory and brushed aluminium finishes to great effect. The door pads are plush. There is soft cushioning where the forearm mostly rests during leisurely driving and the door-opening lever is finished in brushed aluminium. You also get three ambient lighting options which are subtle but add vastly to the Seltos’ premium appeal. On the GT Line variants, the pedals also get an aluminium finish. The piece de resistance though is a 10.25-inch touchscreen mounted on top of the dashboard along with the heads up display (HUD) that pops up from behind the instrument console. Ergonomically too the Seltos is quite intuitive. For example, the sensitivity of the automatic wipers can be dialled up or down through a scroller on the stalk that can be operated from the front and the rear. But that is only one example of how well the switches fall to hand. It’s safe to say this interior is going to play a pivotal role in bringing home the sales for Kia. It’s a good indicator of what to expect from the company as the India portfolio expands.

Now to the part you’ve eagerly been waiting for. The features, especially the connected ones and how they fare versus rival-in-chief: The MG Hector. Purely because the price for the Seltos will most likely fall in the same bracket.

So here you get a 10.25-inch touchscreen with Android Auto, Apple CarPlay as well as navigation. But more importantly, you get what Kia calls UVO, short for 'your voice' if I remember correctly. So UVO gets 37 smart features including remote control where you can remotely start and stop the engine, set the AC temperature before stepping in, turn on the in-built air purifier, turn the locks on and off just like the horns and lights. It also gets AI-based voice commands. I used this feature extensively during the drive and it works as advertised. It picked up my accent well and responded accurately. That saved me from slowly shouting commands at the dashboard. But that's not all. The Seltos is packed to the gills with an array of other features. It gets a segment-first HUD which projects the current speed as well as arrows for navigation and the distance till the next turn. The top-spec variants get a 7-inch display for the instrument console, that also doubles up as a blind-spot display when indicating, courtesy cameras on the wing mirrors. The highlight of the experience is a Bose music system apart from cruise control, an electric sunroof, two-step recline function for the rear seat, ventilated front seats, power-adjustable front seat, traction control, hill-start assist and a 360-degree camera with front and rear sensors.

Safety features include 6 airbags, ABS with ESC, disc brakes on all four wheels and a tire pressure monitor.

Where Kia has really hit a home run is the number of engine and transmission options for the Seltos. Not to mention that all engines are BS-VI compliant. So there's a naturally aspirated 1.5-litre petrol unit making 115 HP and 144 NM of torque. This engine can be had either with a 6-speed manual gearbox or a 6-speed CVT automatic. The diesel gets a 1.5-litre turbocharged engine making 115 HP and 250 NM of torque. This has the option of a 6-speed manual or a 6-speed torque converter automatic. The third option in the line-up and one that is likely to garner the most attention is the 1.4-litre turbocharged petrol which makes 140 HP and 242 NM of torque. This comes mated to a 7-speed dual-clutch automatic transmission other than a 6-speed manual. 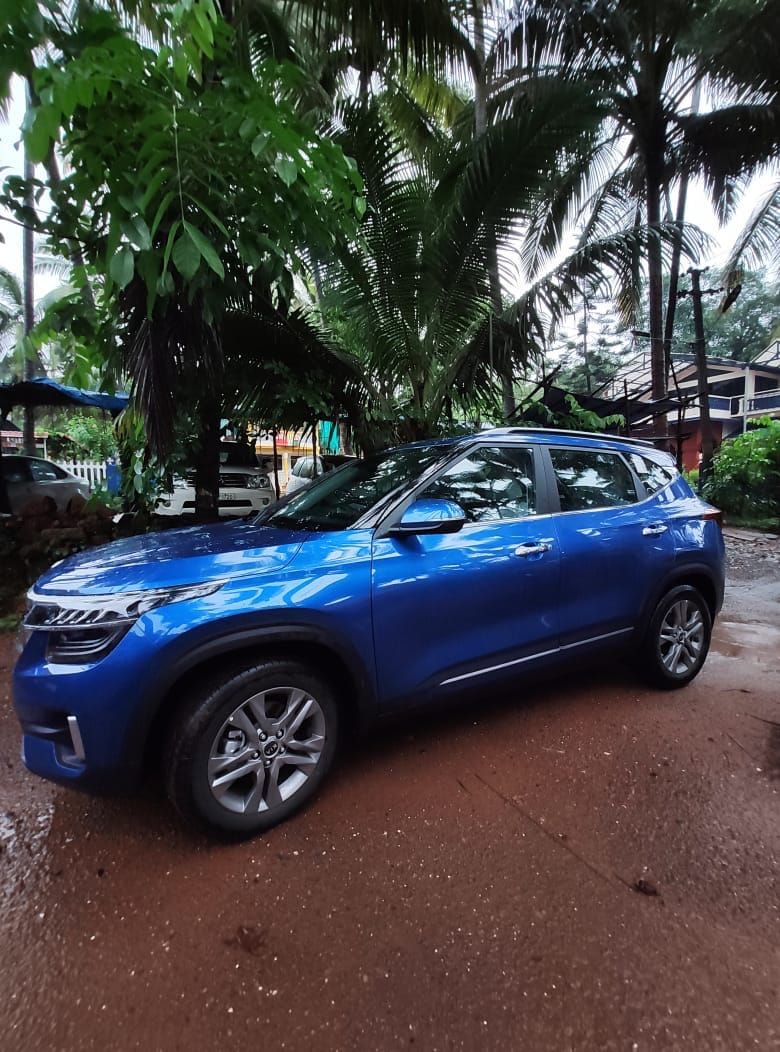 So I got to sample the diesel automatic as well as the two 1.4 turbo petrol. While the driving experience was marred by the incessant Goa rain, it was enough to glean some important details about how the Seltos performs. Let's start with the diesel which is wonderfully refined at idle, just like it's cousin - the Hyundai Creta. Paired with the torque converter, this engine likes to be driven sedately. Keep the throttle at around 50 percent input and gears shift smoothly and speeds build up progressively. It's when you ask for more is when some chunks appear in the armour. The engine does get noisier and you realise the shifts on the torque convertor are not very quick. Also changing from 'D' to 'S' makes no perceptible difference in the shift-times or in the duration it holds the gears. It's the 1.4-litre turbo petrol that lends itself well to more enthusiastic driving. Here the 7-speed DCT works well. It holds the gears longer if you ask more from the engine and the shifts are smooth. It also complements the engine well in the regular driving cycle. 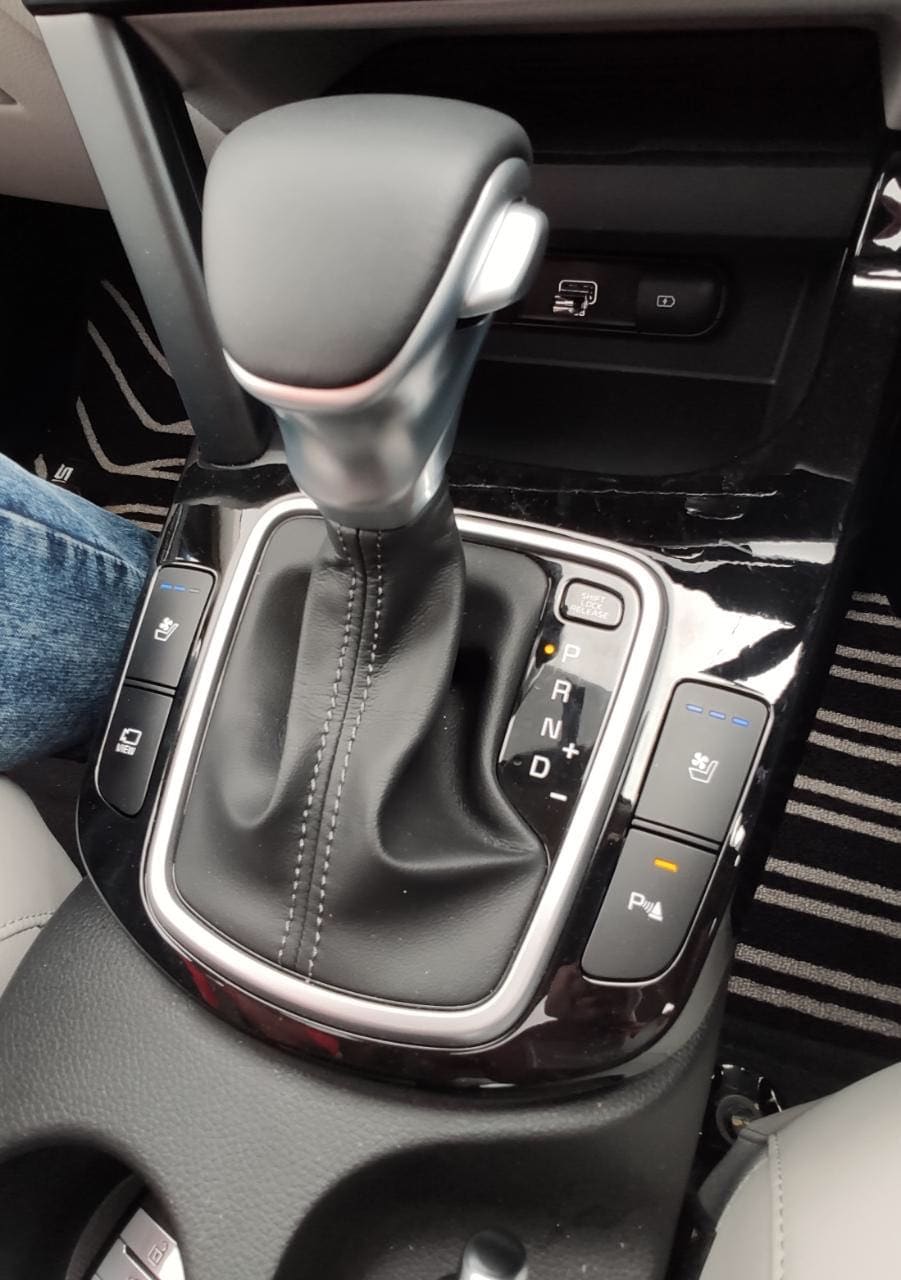 Being on the narrow stretches of Goa I didn't get to test how it fares on the highway but perhaps we'll leave that for a comprehensive road review. The variant I personally liked the most was the 1.4-litre petrol manual. It's got a light clutch and brings out the linearity of the engine's power delivery best. The shift quality is also fairly good.

Dynamically, the Seltos is well sorted. The suspension is a good balance between soft and stiff. It is comfortable over rough patches and undulations and doesn't crash over the bigger potholes. The steering is direct and weighs up well at speed and that combined with the stiffer suspension makes the Seltos a very good-handling SUV. 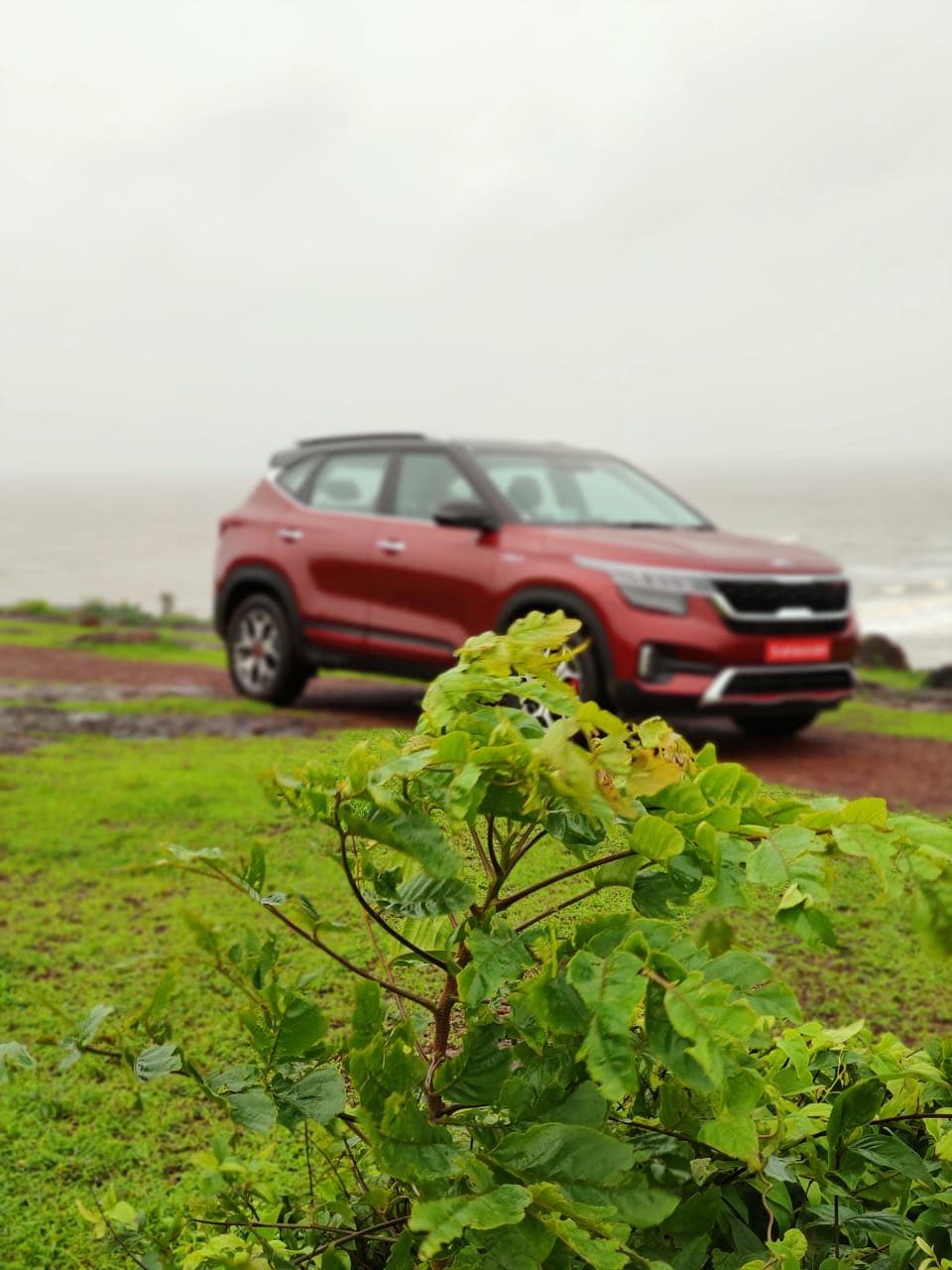 All in all the Seltos is a book you can judge by the cover. It stands out well in a crowd with its stylish design and top-spec finish. It is brimming with tech, some of which is first in the segment and even better than cars a segment above. The driving experience is good and the engine-gearbox combinations make this a car that has something for everyone. The only sticking point was the way features were distributed across the test variants. For example, the 1.4 petrol manual was available in the GTX+ top-spec guise with additional features that are missing on the 1.4 DCT variant. For example the Bose music system, 360-degree camera, powered front seats and a sunroof. But Kia has said that at launch it will have the turbo-petrol automatic also in the top GTX+ trim. So that sorts out the only fly in the ointment too.

It's safe to say that the mid-SUV segment has turned out to be the hotbed of innovation even in a slowing auto market. They are packing features that punch way above their weight and the Kia Seltos is a great example of that brimming innovation. I think if you're in the market for a vehicle in this price range, it would be unwise not to consider the Seltos.
Tags kia KIA Motors Kia Seltos features Kia Seltos review Kia SP2 MG Hector Seltos SP2