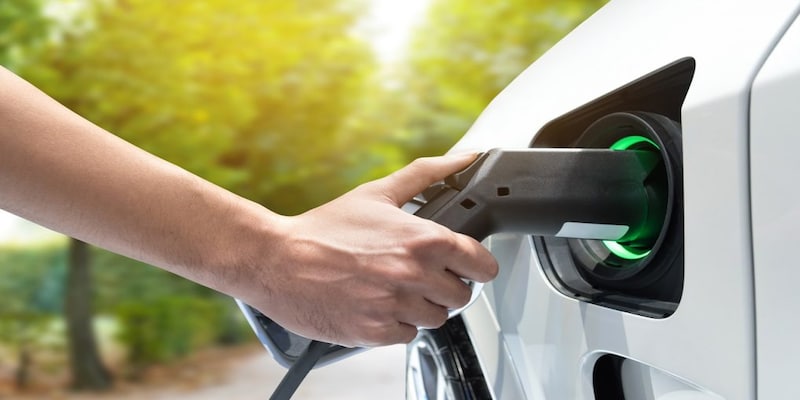 According to industry estimates, India will require more than 4 lakh charging stations by 2026. To fulfil this requirement, a robust network of charging stations is being developed by several large conglomerates.

The electric vehicle (EV) industry is proliferating as global leaders in the automobile sector are focusing on curbing carbon emissions. In India too, the EV segment is witnessing a paradigm shift as incentive-laden deals are being offered to buyers by the Centre and the state governments. Currently, one of the primary goals for EV makers and industry players is to build an expanded network of charging stations.

According to industry estimates, India will require more than 4 lakh charging stations by 2026.
To fulfil the requirement, a robust network of charging stations is required. The network will ensure that the end-user requirement is being successfully fulfilled.
Multiple conglomerates are working towards this goal and here are the top players.
Also Read // Types of electric vehicle: BEVs, PHEVs, HEVs, which one should you buy?
Energy Efficiency Services Limited (EESL)
EESL is a joint venture of four Public Sector Undertakings -- National Thermal Power Corporation (NTPC) Limited, Power Finance Corporation (PFC) Limited, Rural Electrification Corporation (REC) Limited, and Power Grid Corporation of India Limited (PGCIL). The company is backed by the Union Ministry of Power. As of January 2021, EESL reported a network of 207 public charging stations and had plans to install roughly 500 by the end of the fiscal.
TATA Power
TATA is another major player that is working to generate resources to meet the growing need for power for EVs. As per a press release dated October 25, 2021, the organisation announced that it has successfully created a network of more than 1,000 public EV charging stations across nearly 180 cities and multiple state and national highways. TATA Power is also partnering up with various EV charger manufacturers to align with their project goal.
Magenta Power
EV solutions and service provider Magenta is a new but significant player in the EV charging industry. The company has laid its network called ChargeGrid across the country. Recently, the company announced its plans to set up close to 4,000 charging stations in Maharashtra. The ChargeGrid stations are 24x7 functional and can cater to all kinds of EVs, including second-generation four-wheelers EVs.
Fortum
Under the project name ‘Charge & Drive,’ Fortum is gradually expanding its network with its primary nodes based in Hyderabad. The Finnish company has entered India, making it the first country outside Europe to have a cloud-based network of power stations supported with an application. The global corporation recently partnered up with a home-grown company, Charge+ Zone.
Charge+ Zone
Charge+ Zone is an EV charging station network company based out of Vadodara, Gujarat. The startup is a state government-recognised venture that got a seed funding of roughly Rs 2,220 crore by iCreate (International Centre for Technology and Entrepreneurship) under the aegis of the Gujarat Government. Currently, the company’s network is 120-station large that also provides charging facilities to buses.
Ather Energy
Ather is a company that manufactures e-scooters and developed the first electric ‘intelligent’ scooter manufactured in India, the Ather S340. The company is now working on setting up a widespread network of charging stations in the country. Ather, in September, grew its network to 200 charging units. The company has signed MoU with various companies to get access to locations for setting up charging stations.
ABB
ABB is a multinational conglomerate with businesses spread in 40 countries, now including India. ABB provided charging solutions through supreme quality AC chargers and fast-charging DC chargers. The company recently launched the fastest EV charger in the world that has the capability to deliver 100 kilometres in three minutes.
EVRE
EVRE is India’s one of the leading integrated charging infrastructure companies. It follows Energy-as-a-Service (EaaS) model, offering public and fleet charging infrastructure in over 12 cities in the country. It operates over 700 charging stations in these cities with over 50 hubs as the company is working with the country’s leading EV players like EDEL by Mahindra Logistics, Zyngo, LetsTransport, MoEVing, Park+, Meru and amongst others to support their fleets countrywide EV charging infrastructure.
EVRE is working with Hiranandani and Mahindra Lifespace Developer to create India’s largest EV-enabled residential and commercial townships. The company aims to delivery about 50,000 EV chargers by end of 2023.
(Edited by : Vijay Anand)
Check out our in-depth Market Coverage, Business News & get real-time Stock Market Updates on CNBC-TV18. Also, Watch our channels CNBC-TV18, CNBC Awaaz and CNBC Bajar Live on-the-go!