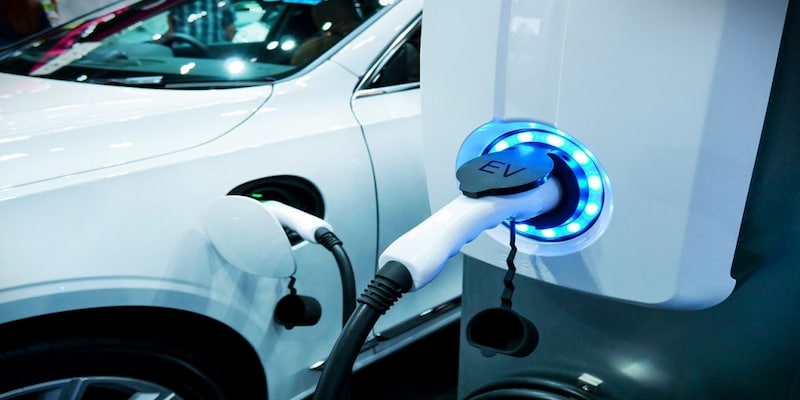 The penetration of electric two-wheelers is expected to be at about 13-15 percent of the new vehicle sales by FY25, according to the report which also expects electric three-wheeler and e-bus segment penetrations at more than 30 percent and 8-10 percent, respectively, by FY25.

India is likely to see around 48,000 additional electric vehicle chargers at an investment of around Rs 14,000 crore over the next 3-4 years amid an expected healthy electric vehicle (EV) penetration in the country, a report said on Wednesday.

As the EV penetration is expected to increase in the two and three-wheeler as well as bus segments, the expansion of charging infrastructure which is currently at a nascent stage will play a critical role, domestic credit ratings agency Icra said in its report.
The penetration of electric two-wheelers is expected to be at about 13-15 percent of the new vehicle sales by FY25, according to the report which also expects electric three-wheeler and e-bus segment penetrations at more than 30 percent and 8-10 percent, respectively, by FY25.
Also Read:
Jio-BP and TVS Motor Company join hands to set up EV charging infra across country
Currently, there are less than 2,000 public charging stations in India with a concentration in a few states, and that too primarily in urban areas, the rating agency said.
"India remains a laggard in EV charging infrastructure penetration. However, like most global counterparts, the policy push has been strong in India as well to increase the number of EV charging stations. To capitalise on the potential opportunity in the space, several PSUs and private players have also announced plans to foray into charging infrastructure," said Shamsher Dewan, vice president and group head, ICRA.
"Battery swapping is an alternative solution instead of developing EV charging infrastructure, especially for commercial applications. This is also currently in the nascent stage in India," Dewan added.
Also Read: Delhiites can charge their EVs for free in the afternoon from June 1
In order to increase the EV charging network, the central government has allocated Rs 1,300 crore in the FAME (Faster Adoption and Manufacturing of Hybrid and Electric Vehicles) scheme. Further, the government has proactively amended guidelines for charging infrastructure development in the country, Icra said.
Overall, the policies aim to proactively promote more EV charging stations, with a sizeable part of the population expected to have charging infra access in the next 3-5 years, it said.
While several Public Sector Units (PSUs) and private players have announced plans to foray into charging infrastructure to capitalise on the potential opportunity in the space, Icra said it expects an addition of around 48,000 chargers over the next 3-4 years at an investment of Rs 14,000 crore.
Also Read: EVs to make up over 80% vehicle sales in US by 2040: Goldman Sachs
However, the EV charging infrastructure business is capital intensive. Excluding land, the initial upfront cost is approximately Rs 29 lakh without subsidy, as per the report which also said that the operating costs are over Rs 10 lakh per year, thereby making asset utilisation critical. Icra estimates that it will take about four years for an EV charging station to reach break-even based on current expectations of EV penetration and commensurate asset utilisation (30 percent in four years), without accounting for any subsidy.
The localisation is only 10-15 percent currently with the hardware components largely imported from China and Taiwan, it said, adding that an increase in localisation can save cost.
Battery swapping is advantageous for it being a quick way of recharging a vehicle. It is cost- and time-efficient, and also reduces the upfront cost of EV as battery ownership is replaced by battery leasing, according to Dewan.
"There is increased predictability of battery life due to controlled charging conditions. However, ensuring interoperability, adequate financing availability, and maintaining sufficient battery inventory can prove to be challenging," he added.
(Edited by : Jomy Jos Pullokaran)
Check out our in-depth Market Coverage, Business News & get real-time Stock Market Updates on CNBC-TV18. Also, Watch our channels CNBC-TV18, CNBC Awaaz and CNBC Bajar Live on-the-go!