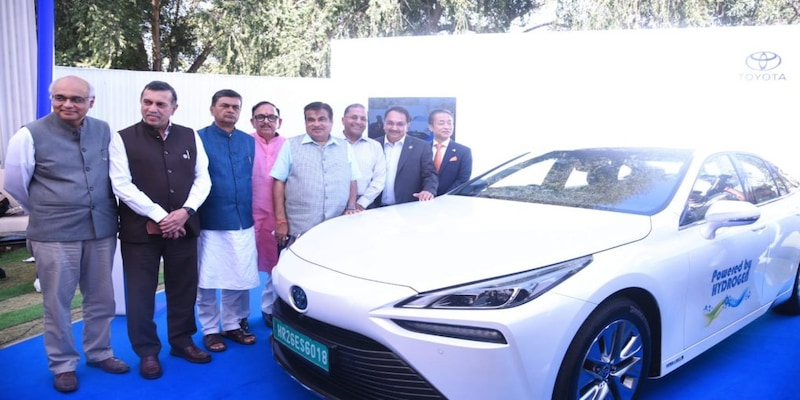 Toyota Kirloskar Motor launched the zero-emission Mirai -- which is powered by a hydrogen fuel cell battery pack that can provide a range of 650 km -- in association with ICAT as a part of a pilot project in India.

Toyota Kirloskar Motors, along with the International Centre for Automotive Technology (ICAT), launched the pilot project deploying the second-generation version of the Mirai to study and evaluate the world's most advanced FCEV on Indian roads and climatic conditions.

The project aims to evaluate the feasibility of FCEV technology in India and spread awareness about hydrogen fuel cells’ and FCEV technology’s benefits for the society. The Toyota Mirai is one of the few cars in the world that uses the FCEV technology and runs on purely hydrogen-generated electricity.

All you need to know about Mirai: