Updated : April 02, 2018 08:57 PM IST
Total order or around 200 electric buses in five cities will have to undergo another round of fresh bids.
Earlier, 11 cities were short-listed under the government’s FAME programme for the mega electric bus tender. 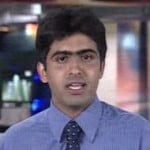 Barely a week after the country’s top state-run transportation companies announced its plans to acquire nearly 400 electric buses, the heavy industry ministry has thrown a curve-ball.

Top government sources told CNBC TV18 that, half of the total order or around 200 electric buses in five cities will have to undergo another round of fresh bids. This means, companies like BYD and Tata Motors that had won the bids for these buses will have to once again participate in the bidding process.

This development comes after the ministry issued a note to State-road transportation units or SRTUs last week questioning the bids in five cities. Originally, as per the plan, 11 cities were short-listed under the government’s FAME programme for the mega electric bus tender. These cities included Kolkata, Jaipur, Jammu, Mumbai, Delhi, Bengaluru and Indore among others.

“The tender for around half the buses have been technically cancelled,” a government source said. He added that the SRTUs in the affected cities of Mumbai, Hyderabad and Bengaluru will restart the process again shortly.

Sources said, the reason for the cancellation of the bids is due to the ministry’s unease with doling out funds under FAME for an operation expenditure led model (Opex) instead preferring a capital expenditure model (Capex).

Though much smaller in scale compared to EESL’s 10,000 electric car tender, the heavy industry ministry’s decision to give subsidy for acquiring up to 390 electric buses in December last year, was touted as a significant move toward electrifying public fleet.

Under the proposed plan, the ministry had set aside Rs 430 crore for subsidies to SRTUs to buy electric buses in bulk. As per the plan, around 60 per cent of the upfront cost of the electric bus would be borne by funds under FAME. “Hopefully the confusion gets cleared soon. It does not give the right signal if the entire bid process has to be done again,” said an executive of a leading automaker.
Tags auto Automobile electric buses FAME