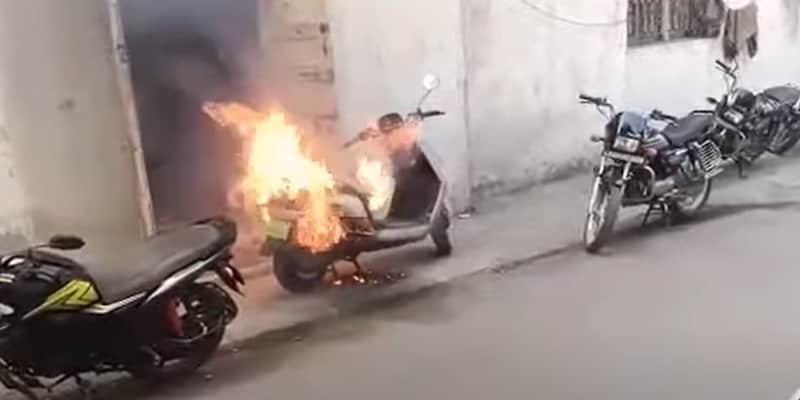 Earlier this month, CNBC-TV18 had reported that several EV companies may be using lower quality cells despite submitting A-grade cells for testing, taking advantage of the loosely-framed rules in the absence of surprise checks.

The Defence Research and Development Organisation's (DRDO) Centre for Fire Explosive and Environment Safety on Monday submitted the probe report regarding the electric scooters catching fire to the road transport and highways ministry (MoRTH) highlighting serious issues with EV batteries.

The probe has found severe defects in the batteries including poor quality cells, lack of fuse, issues with thermal management, and battery management system (BMS).
Earlier this month, CNBC-TV18 had reported that several EV companies were likely using lower quality cells despite submitting A-grade cells for testing, taking advantage of the loosely-framed rules in the absence of surprise checks. An Automotive Research Association of India (ARAI) source had told CNBC-TV18 that while almost all companies submit grade-A cells for testing, many may not be necessarily using the same in all the vehicles produced and sold. The report had also highlighted issues with the battery management system used by many EV makers.
The probe has also identified issues specific to each company and lapses on the part of testing agencies like the Automotive Research Association of India
(ARAI) and International Centre for Automotive Technology (ICAT) to carry out surprise checks on the manufacturers.
Also Read:
'India still in first few overs of a test match': Mahindra's Anish Shah on being late to the EV party
Further, it has also identified lapses in checking random samples and has directed companies to ensure all cells are thoroughly tested and global best practices are followed.
The MoRTH has shared the report with Ola, Okinawa, Jitendra EV, Pure EV, and Boom Motors and asked companies whose vehicles were involved in the recent fires to set up testing laboratories for cells. It has asked representatives of electric scooter manufacturers to submit an explanation on the report findings.
In recent times, there have been multiple incidents of EVs catching fire with some resulting in deaths as well as severe injuries to people.
Earlier, Union Minister Nitin Gadkari had said that companies found negligent will be penalised and a recall of all defective EVs will be ordered after receiving the report.
Check out our in-depth Market Coverage, Business News & get real-time Stock Market Updates on CNBC-TV18. Also, Watch our channels CNBC-TV18, CNBC Awaaz and CNBC Bajar Live on-the-go!