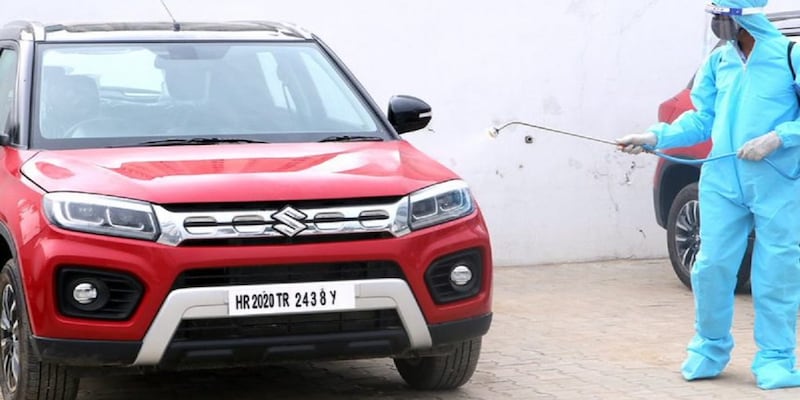 Despite the COVID-19 threat, the automaker is witnessing demand hold up well with fresh bookings continuing to pour in

India's largest passenger carmaker, Maruti Suzuki has said that COVID-19 related lockdowns in nine states have impacted 35 percent of its retail sales. Recognising the threat of a persistent second wave, the company told analysts that demand would quickly decline if things do not improve, as auto demand is closely linked to sentiment.

Despite the risk, the automaker said it was seeing demand hold up well with fresh bookings continuing to pour in. The company said it has an orderbook of 200,000 vehicles at the moment, with network stock at sub-optimal levels. At the start of April, Maruti Suzuki's network stock was nearly 32,000 units, which it has been able to build up to 85,000-90,000 units at present.
Even as automakers globally grapple with a shortage of semi-conductors, MSIL said it has not seen an impact on its production due to the lack of availability of these components. However, the company highlighted the impact of a steep hike in commodity prices, which is expected to keep margins volatile throughout the first half of the year.
Price hikes
Maruti Suzuki hiked price once in the fourth quarter of FY21 by 0.75 percent to 8 percent across its product portfolio, and again in April by 1.25 percent. This was done in order to offset an impact of a 400 basis points increase in commodity costs on a yearly basis, and nearly 300 basis points on a quarterly basis.
Changing customer mix
Perhaps the impact of the pandemic on Maruti Suzuki's business -- the automaker which sells one out of every two cars sold in India – is therefore an accurate indicator of the mass auto market, which is evident in its changing customer mix.
Maruti Suzuki's first time buyers increased from 43 percent to 47 percent during the fourth quarter of FY21, indicating a sustained preference for personal mobility. A growing preference for a personal vehicle is also evident in the increasing proportion of buyers purchasing a car as their second vehicle, which grew from 30 percent to 33 percent.
The segment of buyers which shrunk, on the other hand, was that of replacement purchases, which are more discretionary in nature, which went down to 19 percent from 26 percent.
While the share of top 10 cities in retail sales remained at 35 percent, the share of the next 10 largest cities was at 12 percent collectively. The salaries customer remained more resilient, growing 2 percent to 49 percent, while customers who were business owners dropped 5 percent to 28 percent.
Check out our in-depth Market Coverage, Business News & get real-time Stock Market Updates on CNBC-TV18. Also, Watch our channels CNBC-TV18, CNBC Awaaz and CNBC Bajar Live on-the-go!