Congestion tax sounds like a plan but how will Delhi implement it?

Congestion tax sounds like a plan but how will Delhi implement it? 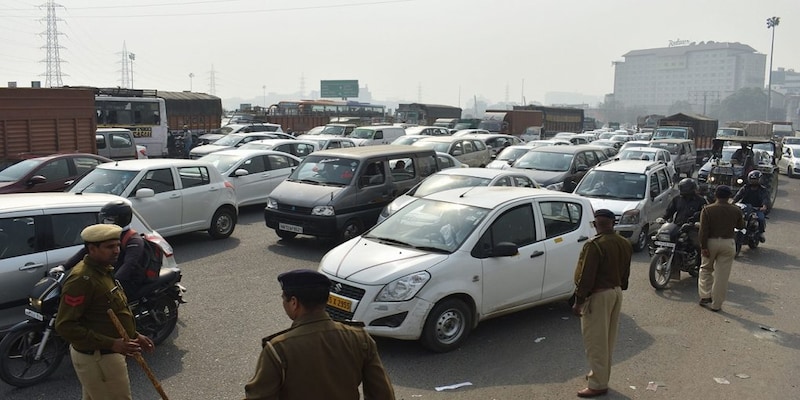 Authorities have reportedly zeroed in on 21 stretches in the capital that could be levied congestion tax during peak hours.

With its ever-growing number of private vehicles leading to Delhi being in a permanent traffic lock-down, the city is now exploring implementing a 'congestion tax'. The question, however, remains is how will the city-state and India's capital implement this?

This isn't the first time New Delhi has experimented with a method to contain its vehicular traffic. A few years ago, Delhi's Chief Minister Arvind Kejriwal implemented the 'even-odd' rule forcing drivers to leave their cars home for a fortnight depending on the last digit of their car's registration numbers.
Although, this was enforced to control Delhi's air pollution problem, it also eased traffic jams as its unintended consequences.
If Delhi goes ahead with ‘congestion tax', it will make the capital the first Indian city to introduce this unique method to tackle traffic.
As per Moneycontrol, Lieutenant-Governor Anil Baijal said that authorities are considering to implement the idea in the capital.   \

“In most countries, there is a congestion charge. We are also looking at this alternative as a way to decongest some of the roads which get clogged, particularly in the peak hours…It is still work in progress. We have invited experts to study it. The charges are yet to be worked out,” Baijal was quoted as saying in the report.

As per reports, authorities have zeroed in on 21 stretches in the capital that could be levied congestion tax during peak hours. These include the ITO intersection, Nehru Place flyover to Modi Mills flyover and areas near the Hauz Khaz metro station.
However, the plan still has a long way to go and many details have not been made clear. It is still not known when will the tax be implemented and at what rates.
Earlier, a similar plan mooted by the Delhi government back in 2015 had to be shelved due to the inadequacies in city’s public transport system.
London Congestion charge
The system of levying charges on vehicles to tackle traffic in key areas is a practice that has been implemented across major urban areas. While there exists several examples for the practice, the most famous one is that being implemented in London.
A fee is charged on most motor vehicles that operate in central London during weekdays between 7 AM and 6 PM. With the exception of few vehicles including electric cars and hybrids with low emission levels all others are charged 11.50 pounds for accessing the Congestion Charge Zone. First introduced back in 2003, the zone remains the largest congestion charge zone in the world and has not only succeeded in reducing traffic congestions, but also in tackling pollution.
Check out our in-depth Market Coverage, Business News & get real-time Stock Market Updates on CNBC-TV18. Also, Watch our channels CNBC-TV18, CNBC Awaaz and CNBC Bajar Live on-the-go!