10 things you need to know before the opening bell
Asian shares rise as investors count on vaccine relief
Oil prices gain 2% on hopes OPEC, allies will delay planned increase in output; vaccine news
Rupee slumps 35 paise to 74.76 against US dollar

Car launches of the future are here. This is what they look like

Updated : June 19, 2020 09:15 AM IST
When times get as worrying as they currently are, one would imagine the car world would put brakes on its plans to introduce models, but it is clearly not the case.

On May 26, Martin Schwenk, MD & CEO of Mercedes Benz India, and his team at the automaker's Pune office gathered for a one-of-its-kind dry run.

It was a day before they were to launch -- virtually -- two sports cars, the AMG C 63 Coupe and AMG GT R in India. When Martin spoke to me hours after the launch, the exhaustion and relief were both evident.

It was the first time Mercedes Benz India had pulled off a virtual press conference, and launched two products entirely digitally. The event, streamed live for members of the press, was complete with a live demonstration of the two cars, audio-visual presentations and Martin himself talking to viewers about the products and the unprecedented times - all of it, of course virtually. It was a program directed for exceptional times.

On the same day, in a separate part of the world, Skoda Auto India's Zac Hollis was getting ready for a day full of media interactions, on India time. Zac was in Prague, and Skoda launched its new range of products through a YouTube stream, where he was seen telling the viewers their new products will help fight the current negative sentiment, and find greater acceptance. While Zac told me the previous plan was to organise the event in a hotel with the usual razzle-dazzle that accompanies a car launch, they instead hired a studio in Prague, and recorded a stream high on production-value, complete with sophisticated slides and lively product videos.

Mercedes Benz India also launched its S-Class SUV, the new GLS on Wednesday. Once again, this was a virtual event on the lines of the earlier launch, making it the second such event the automaker pulled off in over two weeks. Santosh Iyer, Vice President, Sales and Marketing at MBIL, could be seen talking to the viewers through the features of the new GLS, and as far as the demonstration was concerned, things weren't very different at all except that, sitting distanced from the product behind your screen, you couldn't touch the metal. 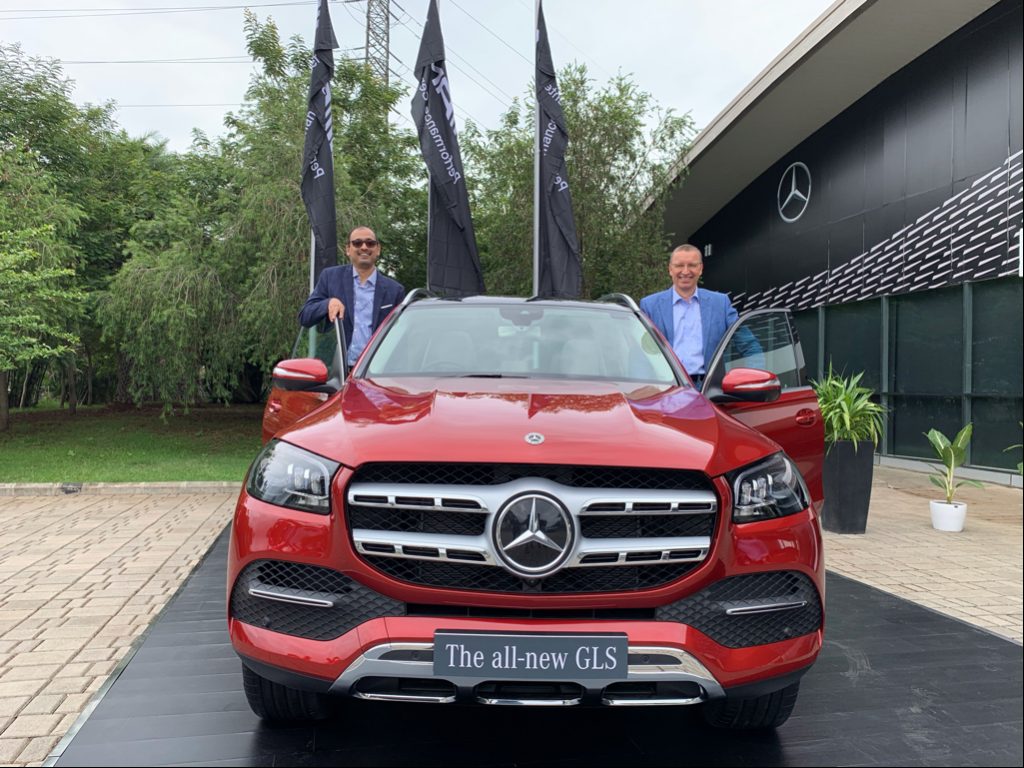 Could this become the new normal?

Despite both automakers choosing the online route for their product launches, and agreeing that being alive in the customer memory is critical in these times, they do not believe the car-buying experience will see a fundamental shift.

"Personally, I think the new normal in car-buying will be a co-existence of physical and virtual platforms. What we are doing today, some of that will remain with us for the future and we will benefit from both sides," Martin told CNBC-TV18, when asked about the "new normal" of contactless buying that has become a rather ubiquitous conversation in the wake of the pandemic.

"The one thing that will remain for sure is the drive experiences and we will continue to offer those. It could be a system of digital launches but physical drives," he added.

"Personally, I don't think car-buying will change a lot. We have added an end-to-end contactless channel for customers who don't want the experience of physically going to a store. But brick and mortar will not go out in the medium-term," he said.

That seems reasonable too, considering that in the world of high-end cars, purchases are driven far more out of a passion for wheels, and the love for a beautiful thing, than necessity.

When times get as worrying as they currently are, one would imagine the car world would put brakes on its plans to introduce models, but it is clearly not the case. The country's biggest luxury carmaker by market share, Mercedes Benz India, decided it is important to "build momentum" with new launches, so that prospective customers continue the conversation around buying a new car, even though, the purchase itself may be deferred.

"The timing of the product launches is to create some momentum, making it easy for the customer to buy the products when they want to," Zac said, adding, "I would encourage people to take test drives. All of our cars have new engines which haven't been seen in Skoda cars before."

For a while to come, it is safe to say that customers are likely to continue to meet their new wheels virtually first. The next big launch is the newest generation of the widely popular premium sedan Honda City, which will be launched in July, virtually.
Tags car launches Mercedes Benz