Automakers restart production amid lockdown 3.0; find out which companies have restarted manufacturing vehicles

Automakers restart production amid lockdown 3.0; find out which companies have restarted manufacturing vehicles 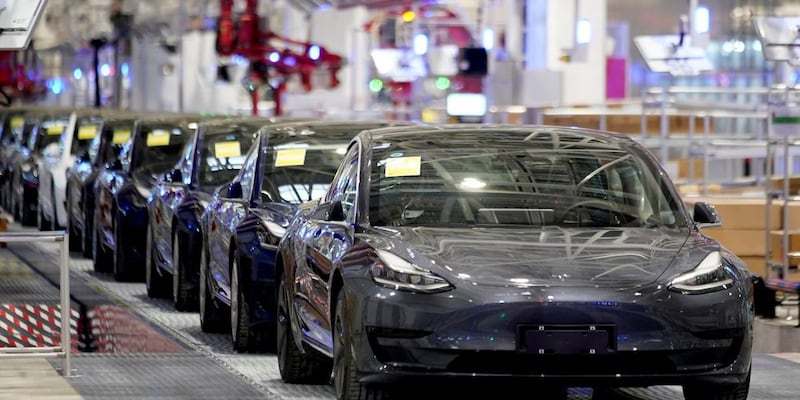 Automakers have cited issues with supply chain, logistics with housing and commute of workers, and a shut dealership network as hindrances in restarting meaningful production.

It is almost 50 days since the nationwide lockdown was implemented, and slowly but steadily manufacturing activity is restarting across the country, albeit on low levels and significantly reduced output.

India's manufacturing activity contracted at its fastest rate on record in April, but various automakers are planning to initiate preparatory operations from the current week. Automakers have cited issues with supply chain, logistics with housing and commute of workers, and a shut dealership network as hindrances in restarting meaningful production.
Even now, automakers will begin manufacturing at a significantly lower capacity, citing weak demand. Continuity of operations is a concern too, with a significant number of auto components vendors situated in red and orange zones.
So far, major two-wheeler makers including TVS, Hero MotoCorp, Royal Enfield, and Bajaj Auto have announced they are starting production at several factories and passenger car makers Maruti Suzuki, Toyota Kirloskar Motors, Merecedes Benz, and BMW have said they would certain operations from this week. Commercial Vehicle makers Volvo Eicher Commercial Vehicles (VECV) and Daimler India Commercial Vehicles (DICV) too said that they would begin lean operations this week.
However, a number of major automakers including Ashok Leyland, Mahindra & Mahindra, Tata Motors and the Skoda Auto-Volkswagen India group have held back from opening up factories at present.
Here’s a look at which company is starting operations and when:
Maruti Suzuki
Maruti Suzuki India Limited has said it would restart manufacturing vehicles at its Manesar plant from the May 12, while adhering to the state government's guidelines. The company, despite attaining permission for starting operations with limited staff in April itself, decided to hold off from doing so until its dealership network started reopening and sourcing components from vendors was streamlined. 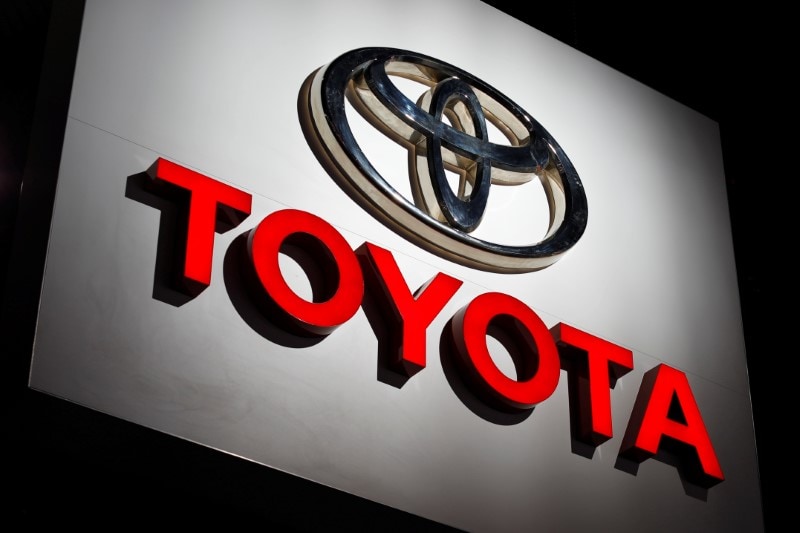 The Toyota logo is shown at the Los Angeles Auto Show in Los Angeles, California, U.S., November 30, 2017. REUTERS/Mike Blake
Toyota Kirloskar Motor
TKM said it has decided to restart some preparatory operations at the plant from May 5. "These preparatory operations are conducted to provide our workforce with an adequately safe environment to work in, duly prioritizing domains like spare parts supply as that is an important requirement from the markets where certain customer service activity has already started," the company said and added that these operations will resume in a phased manner at its Karnataka facility.
Merecedes Benz India
The luxury carmaker said it will commence operations in a graded manner at its Chakan facility in Pune. "The company will plan a gradual ramp-up in the coming weeks depending completely on the evolving current situation, which is being monitored closely by the Leadership Team", MBIL said in a press release and added, "Production has begun with only the essential staff at the production facility, adhering to all the required social distancing protocols and mandated safety and sanitization measures implemented." 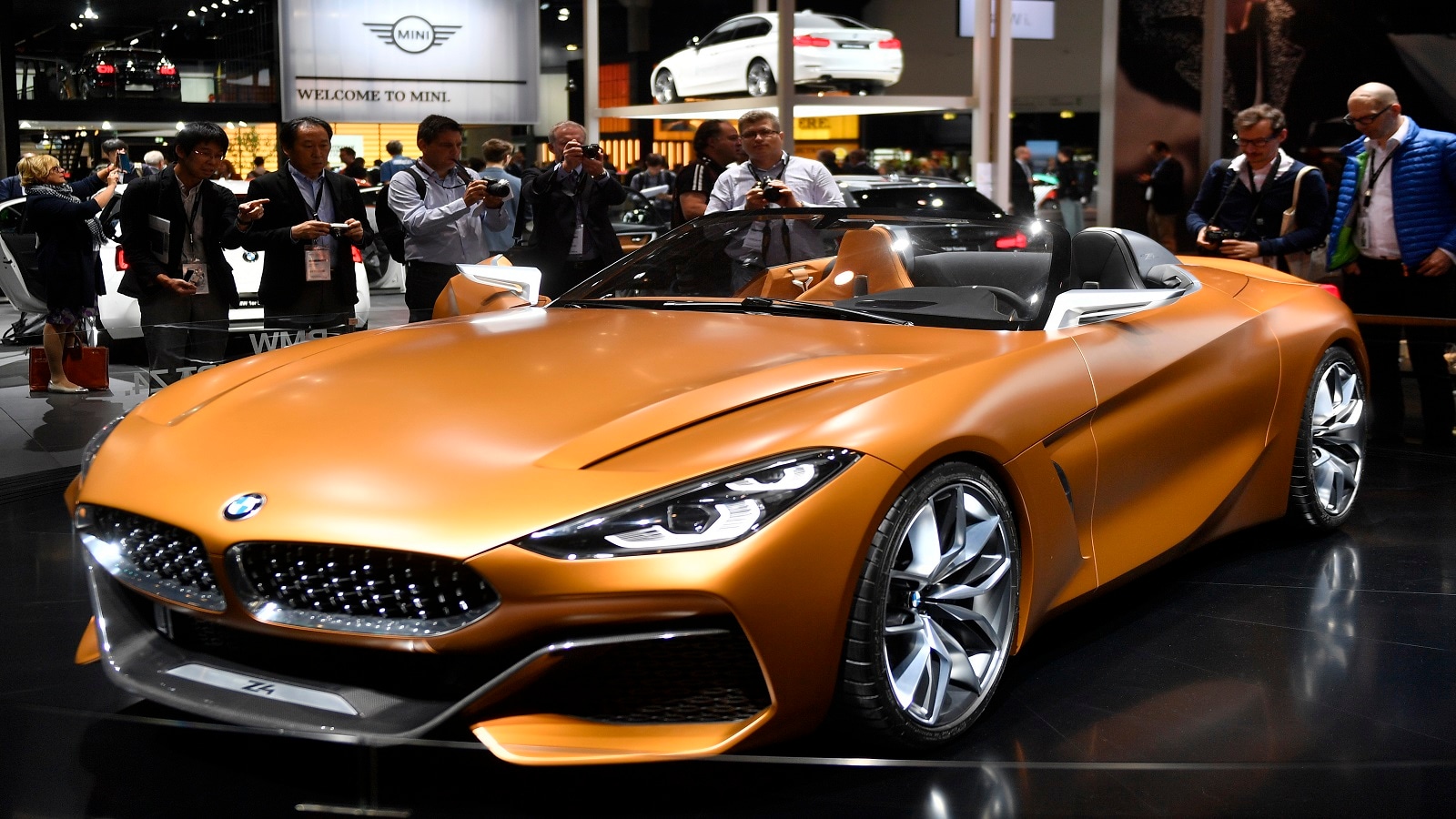 FILE - In this Tuesday, Sept. 12, 2017 file photo, Visitors surround a BMW Z4 Concept during the first media day of the International Frankfurt Motor Show IAA in Frankfurt, Germany. Doubts about diesel, Brexit, trade worries, tighter emissions controls. Those are the challenges that will be on the minds of auto executives when they gather this week ahead of the Paris Motor Show, starting with off-site events Monday, Oct. 1 followed by two days of vehicle unveilings and news conferences at the pavilion before the show opens to the public from Oct. 4 to Oct. 14. Both BMW and Daimler cited trade concerns in issuing profit warnings this year. BMW is the largest U.S. auto exporter, shipping SUVs from its plant in Spartanburg, South Carolina. So when China imposed tariffs on U.S. cars, it took a hit. (AP Photo/Martin Meissner, file)
BMW Group India
BMW Group India said it has started operations at its Chennai plant on May 7, with less than 50 percent of its regular workforce. The plant will resume operations in a single shift. "BMW, MINI and BMW Motorrad Dealerships across the country will restart the operations in adherence to local government directives and advisories while maintaining necessary safety and hygiene measures," the company said.
Hero MotoCorp
To begin with, Hero MotoCorp is commencing operations in a graded manner at three of its manufacturing plants – Gurugram and Dharuhera (in Haryana), Haridwar (Uttarakhand) and additionally the Global Parts Center (GPC) at Neemrana in Rajasthan. The manufacturing plants reopen from May 11 and production at these facilities will commence from May 13.
Hero added that the company’s other manufacturing plants have obtained the necessary permissions to reopen and these will commence operations after most of the supply chain partners get permission to operate.
TVS Motor
TVS Motor Company on May 6 had said that it restarted operations in India across all its factories at Mysuru and Hosur in Karnataka and Nalagarh in Tamil Nadu. "At all its manufacturing facilities, the company has undertaken exhaustive measures to ensure safe workplace for employees with appropriate social distancing and highest standards of hygiene," the company said. RoyalEnfield (Image: Company)
Royal Enfield
Eicher Motors on Wednesday said that Royal Enfield had resumed operations at its manufacturing facilities on May 6, starting with its unit at Oragadam, Chennai. RE said operations at Tiruvottiyur and Vallam Vadagal manufacturing units will be restarted in a phased manner.
Daimler India Commercial Vehicles
Daimler India Commercial Vehicles said its operations in Chennai resumed on Thursday with a phased approach, less than 24 hours after receiving permission from local authorities to restart operations. The company said it was ramping up gradually with a minimum workforce of essential employees to start and will proceed to full capacity as and when the lockdown ends.
Volvo Eicher Commercial Vehicles (VECV)
VECV on Thursday said it had received permissions to restart manufacturing at six of its plants located in Pithampur, Dewas, Thane and Baggad. A company press release added that lean operations have already been initiated in Eicher Trucks and Buses Pithampur, VEPower Train, Eicher Engineering Components (EEC) - Dewas and Eicher’s Bus Plant at Baggad, with strict adherence to the guidelines laid down by the central and state government. Additionally, permissions have been received for EEC plant at Thane where lean operations will resume in line with directives and guidelines issued by relevant authorities.
Check out our in-depth Market Coverage, Business News & get real-time Stock Market Updates on CNBC-TV18. Also, Watch our channels CNBC-TV18, CNBC Awaaz and CNBC Bajar Live on-the-go!