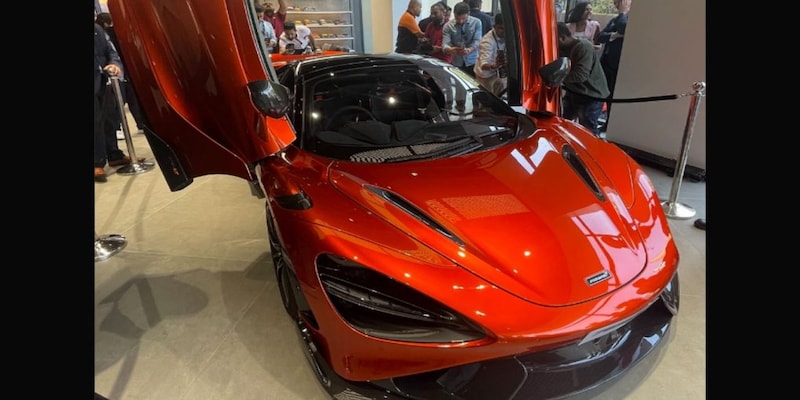 From the launch of Jeep's new edition of Grand Cherokee to Toyota teasing the Innova Hycross, here are the headlines from the world of automobiles that you need to be aware of.

BYD and McLaren finally entered the Indian passenger vehicle market. While EV-major BYD has been present in India’s commercial vehicle segment, Atto 3 is the company’s first passenger EV on sale in India. Here are the other headlines from the world of automobiles that you need to be aware of.

Two people were killed and another three injured after a Tesla being driven in China went out of control. In an incident captured through CCTV cameras in the Guangdong province, a Tesla Model Y was seen trying to park before launching off at rapid speed through the city’s roads.

BYD, the global Chinese EV maker, has launched its electric SUV BYD Atto 3 in India. The SUV’s price starts at Rs 33.99 lakh (ex-showroom). Deliveries are expected from January 2023, with the vehicle already crossing 1,500 bookings since October 11.

Toyota has teased its upcoming SUV-inspired MUV, the Toyota Innova Hycross this week. The company will be unveiling its latest offering on November 25 with booking opening on the same day. Toyota is expected to announce prices around January at the Auto Expo 2023. The new Innova will most likely be sold alongside the current Innova Crysta.

Jeep launched the fifth generation of its premium SUV, the Grand Cherokee in India this week. The updated Grand Cherokee has been priced at Rs 77.5 lakh (ex-showroom) and will be going up against the likes of Audi Q7, Mercedes-Benz GLE, BMW X5, and Range Rover Sport.

British luxury car manufacturer McLaren opened its first showroom in Mumbai. The dealership will be operated by Infinity Car, with models like the GT, Artura, 720S, 720S Spider, 765LT, and 765LT Spider on sale in India.