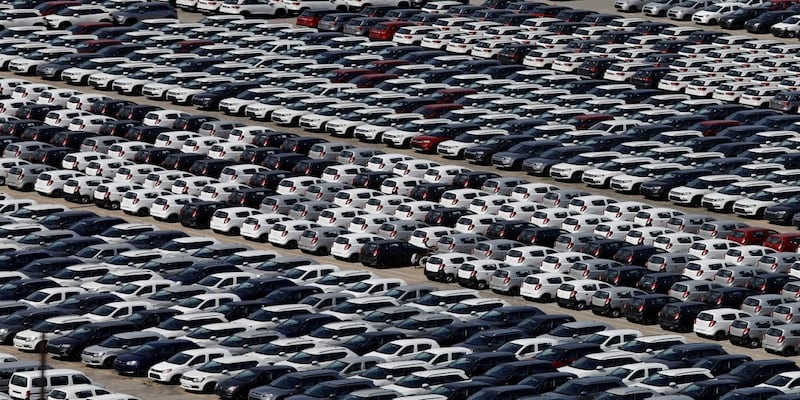 Af​ter consecutive months of no sales, automobile dealers have some reason to cheer as the economy opens up after coronavirus-forced lockdown.

Af​ter consecutive months of no sales, automobile dealers have some reason to cheer as the economy opens up after coronavirus-forced lockdown.

Auto dealers say demand for two-wheelers and entry level passenger cars has led to a positive sales month in June amid pent-up demand back due to preference for personal mobility amid the pandemic. A delayed wedding season has given sales a boost.
There are, however, supply challenges in some states, but low inventory levels are keeping dealers optimistic.
On average, retail sales in June were at 80 percent for two-wheelers and 60 percent for passenger vehicles, but the numbers were significantly lesser for commercial vehicles at 25 percent on year-on-year basis, according to the dealers CNBC-TV18 spoke to.
While factors such as apprehension in using public transport in the wake of the pandemic, and an absence of public mobility options in tier-2 and tier-3 cities has led to some demand picking up, generating new demand is still a challenge, dealers say.
Dealers will keenly watch if demand sustains in July or remains short-lived.
Nevertheless, one clear trend is customers’ willingness to downtrade to more affordable options
The commuter segment is recovering well in the two-wheeler space led by market leader Hero MotoCorp, while in the passenger cars space the entry-level segment is outperforming the market. Maruti Suzuki and Hyundai are especially positioned to benefit from the trend given the surge in first-time car buyers and the two OEM's wide product portfolio in the segment.
Most demand pull was also seen to be coming from rural areas and tier-2 and tier-3 towns as businesses reopen. Mahindra & Mahindra, a popular up-country brand, sold well in these regions.
However, dealers were particularly encouraged by the low inventory levels in the system in June. On average, dealers had a third of the inventory they usually maintain, and were able to sell the stock they had going into the lockdown.
Moreover, these vehicles were sold largely at zero cash discounts. Lean inventory levels and good demand have halted the heavy discounting cycle for auto dealers—at least for now.
For BS-VI vehicles with a higher price tag, opening up after the lockdown also meant better price acceptance, as all models being sold are BS-VI, and customers have no choice but to pay the new prices.
However, dealers, especially of two-wheelers in regions with extended lockdowns such as Maharashtra, Tamil Nadu and Gujarat were negatively impacted with delays of up to 7-10 days in procuring new vehicles.
Check out our in-depth Market Coverage, Business News & get real-time Stock Market Updates on CNBC-TV18. Also, Watch our channels CNBC-TV18, CNBC Awaaz and CNBC Bajar Live on-the-go!