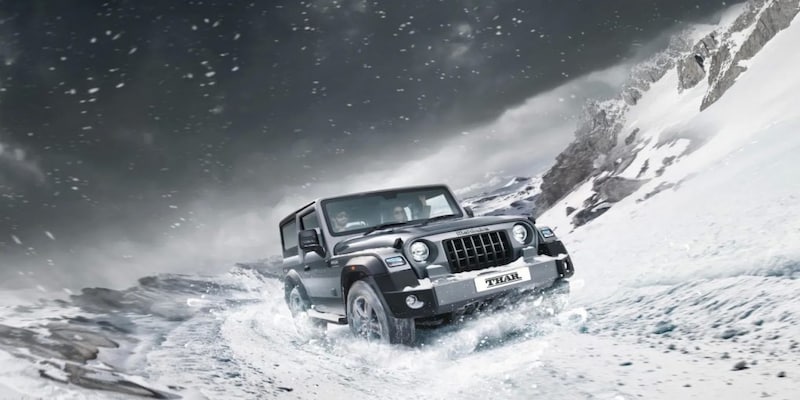 Chairman of Mahindra Group, Anand Mahindra shared a tweet of a talented automotive artist, expressing his interest of asking the artist to create a painting of one of Mahindra’s SUVs.

Anand Mahindra, who regularly shares posts on Twitter, has yet again posted a video on the social media platform, which shows automotive artist Chris Dunlop aka Pinstripe Chris at work. Impressed by his art, Mahindra said that the company must get Chris to paint one of its SUVs and asked his 10 million followers for their pick. Dunlop is an automotive design and render artist based out of Southern California, US.

He started his career as an automotive painter specializing in custom paint and high-end restoration of classics and exotic cars. He now creates content, automotive paintings and custom automotive gear.

The man has a gift. The final painting emerges like magic. Must get him to paint one of our SUVs. Which one? https://t.co/y57eXWlRXR

In the video shared, Chris says he doesn't like to create his paintings from photographs, and he rarely plans a piece. He likes to leave his art work to his imagination and spontaneity. However, looking at his paintings one may find it difficult to believe that they were drawn free hand without planning.
Chris says most of his paintings start messy, but his detailing and confident brush strokes bring life to the paintings.
Also read |
Anand Mahindra hits 10 million followers on Twitter: A look at his quirky and popular tweets
Mahindra's tweet received over a thousand likes within an hour with several users sharing their suggestions on which vehicle should the artist paint.
The most popular suggestions were the flagship SUV of Mahindra, the XUV 700 and Mahindra Thar.
However, there were some vintage lovers who suggested the classic Mahindra Willys ahouls get  paint job from the artist.

Mahindra Willys ! Its a statement of art in itself ! wish i could get one ... total vintage stuff.

On the other end of the spectrum, a user suggested that the Dunlop should try painting the latest EV offering of Mahindra XUV 400.
Also read | Anand Mahindra tweets prescription for 'lack of sleep', it says…
(Edited by : Jerome Anthony)
Check out our in-depth Market Coverage, Business News & get real-time Stock Market Updates on CNBC-TV18. Also, Watch our channels CNBC-TV18, CNBC Awaaz and CNBC Bajar Live on-the-go!