Parikshit Luthra is a Senior Anchor and Associate Editor at CNBC-TV18.

He has over 14 years of experience in the Indian broadcast industry.

Starting off as a researcher and crime reporter, he moved on to covering politics, international affairs and business news.

Parikshit is a graduate of St Stephen’s College and thereafter got a law degree from Faculty of Law, Delhi University.

Parikshit attended the US State Department IVLP fellowship in 2018 and CNN Journalism Fellowship in 2012 and was awarded the best young journalist at NT awards in the same year.

In his present position at CNBC-TV18, he closely covers foreign affairs, the automobile sector and economic policy.

He is the host of the channel’s weekly show on foreign affairs called the Global Eye and has anchored various auto shows on electric mobility and global trade.

He also takes a keen interest in Indian politics and has extensively covered state and general elections over the last decade. Budget 2023 is a unique opportunity to draw investments away from China into India, says CSIS 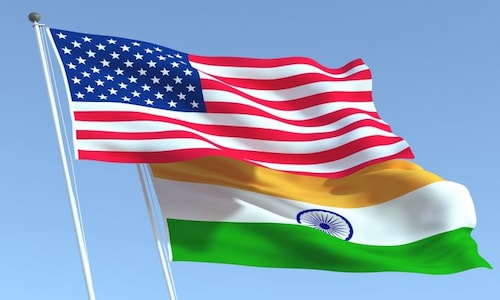 Defence cooperation a growing area of interest between India and US: Former Ambassador Latest From the Anchor

The Global Eye : What Does The 20th Indo-Russian Bilateral Summit Mean for Indian Businesses ?

The Global Eye : Will Domestic Compulsions Allow US & India to Conclude a Trade Deal ?

The Global Eye :Are India-USA Ties on a Stronger Footing at the End of the PM's Week-long USA Trip?

The Global Eye: PM Modi Takes Xi Jinping On A Tour Of Temples