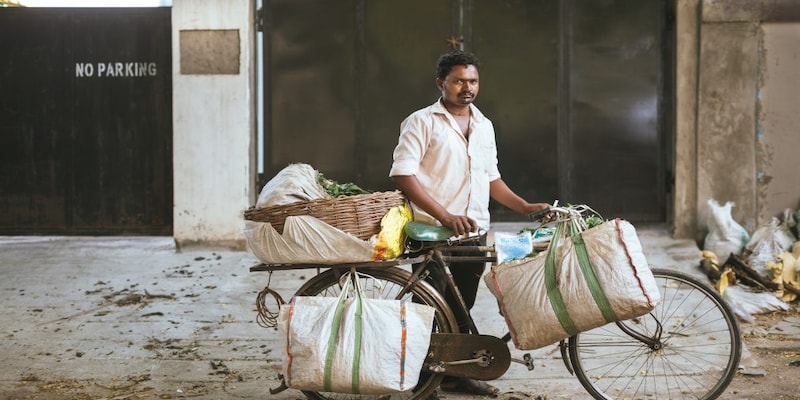 Vegetable and fruit farmers have been the worst affected during the 21-day lockdown which now has been extended until the end of April. These being perishable commodities and with limited storage and holding capacity of farmers, the losses for the sector have been steep.

Maharashtra has started taking food directly from the farmers to housing societies, skipping the market yard or the APMC.

Vegetable and fruit farmers have been the worst affected during the 21-day lockdown which now has been extended until the end of April. These being perishable commodities and with limited storage and holding capacity of farmers, the losses for the sector have been steep.
The arrivals into mandies have been declining steadily since mid-March. The APMC data shows a decline of 40-60 percent for various food articles over the past month. Even as this has been a good rabi crop season with an abundant supply of fruits and vegetables, lack of labor and transport have led to losses to the farmers.
The Mumbai Vashi APMC shut its potato, onion, vegetable and fruits market after traders in this market called for closure. The opening date of the market remains undecided until now.
>> Also Read: Coronavirus crisis: Industry needs post-lockdown restart calendar, says CII’s Banerjee
The APMC Act regulates buying selling of farm produce – perishable and non-perishable in approximately 5,000 mandies across India. According to the Act the Markets can cater to a specific area only and the farmers can sell in their designated markets only. The central Government on Friday recommended that states allow farmers to allow to sell their harvest from multiple locations and to any buyer. This would discourage hundreds of farmers, traders and buyers from gathering at the market place. And this would also help farmer to help sell his produce. The Reforms in the APMC Act have been long overdue, with the Model APMC act asking states to join the eNAM – the online platform for Agri trading. Things could change now as more states push for direct dealing between farmers and consumers. The farmers save the Tax and commission paid to the APMC and the consumers get direct produce at lower price.
Maharashtra is among the early adopters of direct selling. The Maharashtra Cooperative Development Corporation Limited is 100 percent owned by the state government. While it was registered in 2000 to operate as a non-banking finance company to co-operative organizations in Maharashtra. Over the last year, the MCDC has started to finance agribusinesses, co-operatives, and farmer producer organizations (FPO) and entrepreneurs of Agri business activities. They also have been supporting these FPO and Primary Agricultural Cooperative Societies in forward and backward market linkages.
MCDC also has launched its own FMCG brand called “Maha Farms”. MCDC has now, during the lockdown started direct transport of food from the farmers to the housing societies in Mumbai. With the help of a form , they access the demand and generate a matching order with the farmer producer organization and charge the consumer the cost to farmer and the transportation cost only. What started as one of the functions has now become a need in the hour of lockdown and going forward may change the way farm produce moves in the state.
Check out our in-depth Market Coverage, Business News & get real-time Stock Market Updates on CNBC-TV18. Also, Watch our channels CNBC-TV18, CNBC Awaaz and CNBC Bajar Live on-the-go!