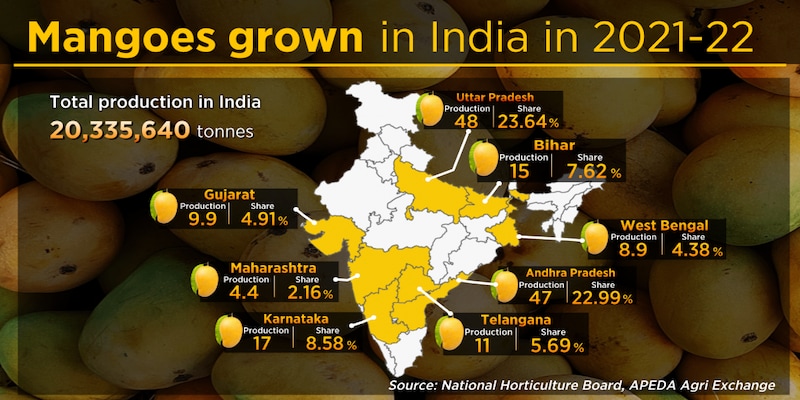 US exports of Indian mangoes had halted for the past two years amid the COVID pandemic as US authorities could not carry out physical inspections due to travel restrictions.

Mango lassis and aam pannas made it to the tables of representatives of the US department of agriculture, commerce, and trade when India's ambassador to the US Taranjit Singh Sandhu received them to celebrate the resumption of the export of Indian mangoes to the US.

US exports of Indian mangoes, a celebrity among star chefs such as Gordon Ramsey, had halted for the past two years amid the COVID pandemic as US authorities could not carry out physical inspections due to travel restrictions.
For the event, Rainbow International, an exporter from Pune, flew the produce to the US this week. Abhijeet C Bhasale, director of Rainbow International, said five varieties — Kesar, Alphonso and Goa Mankur from Maharashtra, as well as Hiimayat and Baiganpalli from Andhra Pradesh — were sent via air freight.
"We received a request from the Indian Embassy, and we diverted the same to our distributor in Washington DC," Bhasale told CNBC-TV18. 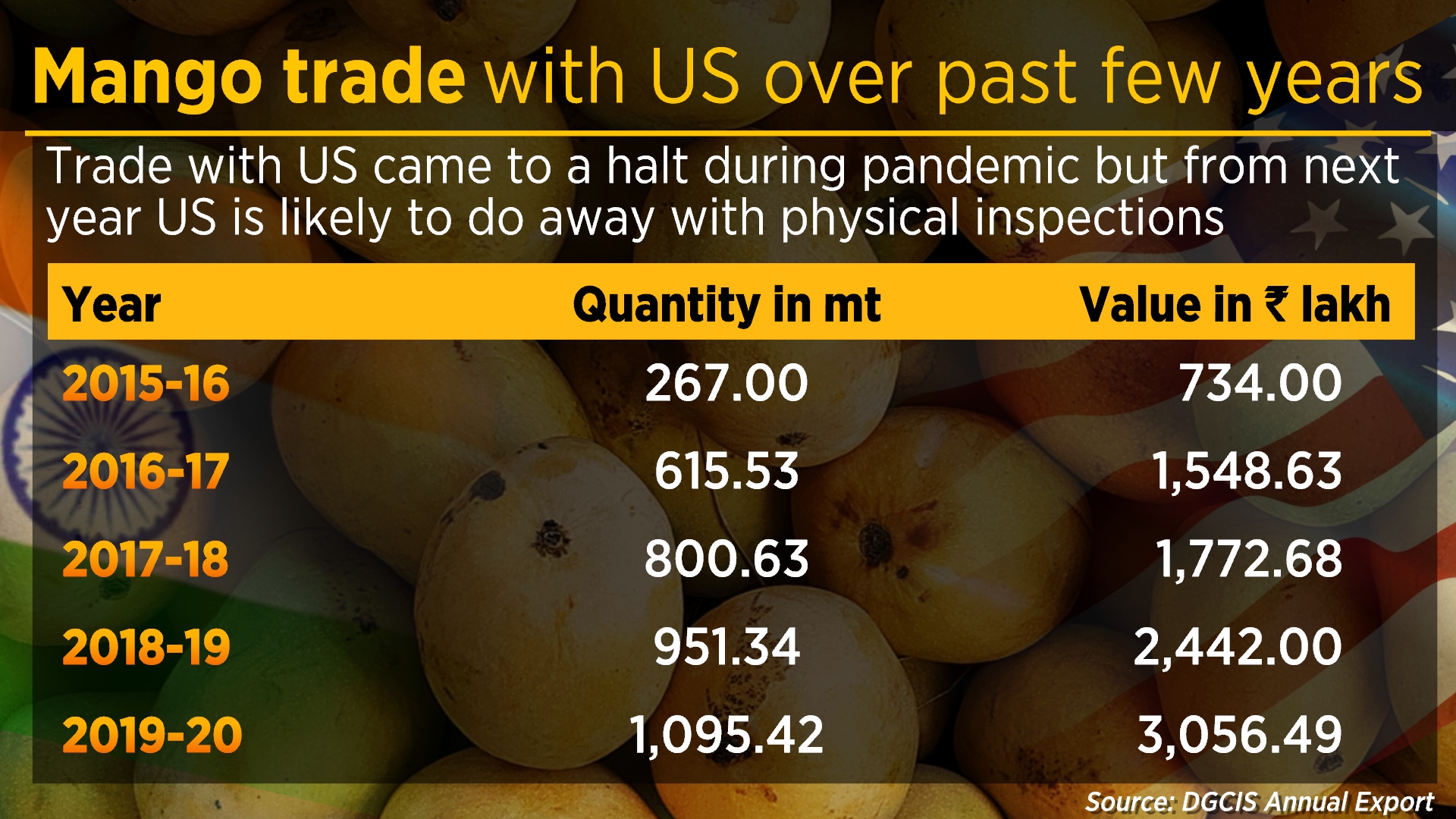 "US inspectors started physical quality checks back in 2007. This was halted for two years in 2020 and 2021 due to the pandemic," he said, adding, "India had grown their export volume to over 1,000 million tonnes until 2019, and suddenly the flow stopped due to COVID. This year, it started again on April second week."
Bhasale said exports were growing at the rate of 30 percent. "So, eventually, we might have lost around 2,000 million tonnes of premium sales per year for those two years," he added.
According to the Indian government, estimates from the exporters state that the export of mangoes in 2022 may surpass the figures of 2019-20. India is the largest producer of mangoes globally, followed by China, but exports less than a percent mainly because the sea container protocol is not developed yet.
Mangoes sent to the US undergo a process called irradiation, where they are exposed to gamma radiation, which kills insects or pesticides inside the fruit.
While other nations continued to accept Indian shipments of mangoes based on certificates by Indian inspectors, the fruits could not be shipped to the US due to the inability of phytosanitary inspectors, who monitor pre-clearance operations, to fly down to India.
This, Bhasale told CNBC-TV18, would change from the next year, giving a big boost to exports. "From next year, they will transfer the rights to India. So, mangoes can then be exported to the US without the need for a US Department of Agriculture inspector to come to India from next year. Indian inspectors will be doing the physical inspection," he said. India's ambassador to the US, Taranjit Singh Sandhu (right), with Congressman Jerry McNerney. (Picture courtesy: @SandhuTaranjitS via Twitter)
Engaging Washinton DC's influential community with mango diplomacy, Sandhu noted that the fruit had been grown in India for over 5,000 years and the country produces more than 40 percent of the world's total mangoes.
At the India-US Trade Policy Forum Ministerial held in India in November last year, the US agreed to give market access to Indian mangoes and pomegranates, and New Delhi agreed to give allow cherries, alfalfa hay, and pork from the US.
The Agricultural and Processed Food Products Export Development Authority (APEDA) said this would provide an opportunity for the export of other varieties such as Langra, Chausa, Dushehri, Fazli, etc., from Uttar Pradesh, Bihar, and West Bengal.
Check out our in-depth Market Coverage, Business News & get real-time Stock Market Updates on CNBC-TV18. Also, Watch our channels CNBC-TV18, CNBC Awaaz and CNBC Bajar Live on-the-go!