A reading shows that the rabi crop sowing is up over seven percent when compared to last year and the government will be hoping that eventually, this will help cool off the high agri-inflation further.

The rabi crop sowing data for 2022 shows that Indian farmers have preferred to sow wheat and rice more than lentils and pulses. The rabi sowing season took off on a shaky note due to an erratic monsoon but seems to have caught up and gone above last year's figures.

The reading shows that sowing is up over seven percent when compared to last year and the government will be hoping that eventually, this will help cool off the high agri-inflation further. For example, wheat, one of the major important crops, has seen sowing increase by nearly 15 percent. This might give some relief to the government India's buffer stock has declined by 49.9 percent as compared to the previous year. Moreover, wheat prices have gone up by 20-25 percent in 2022 due to geopolitical and trade hassles as a result of the Russia-Ukraine war. 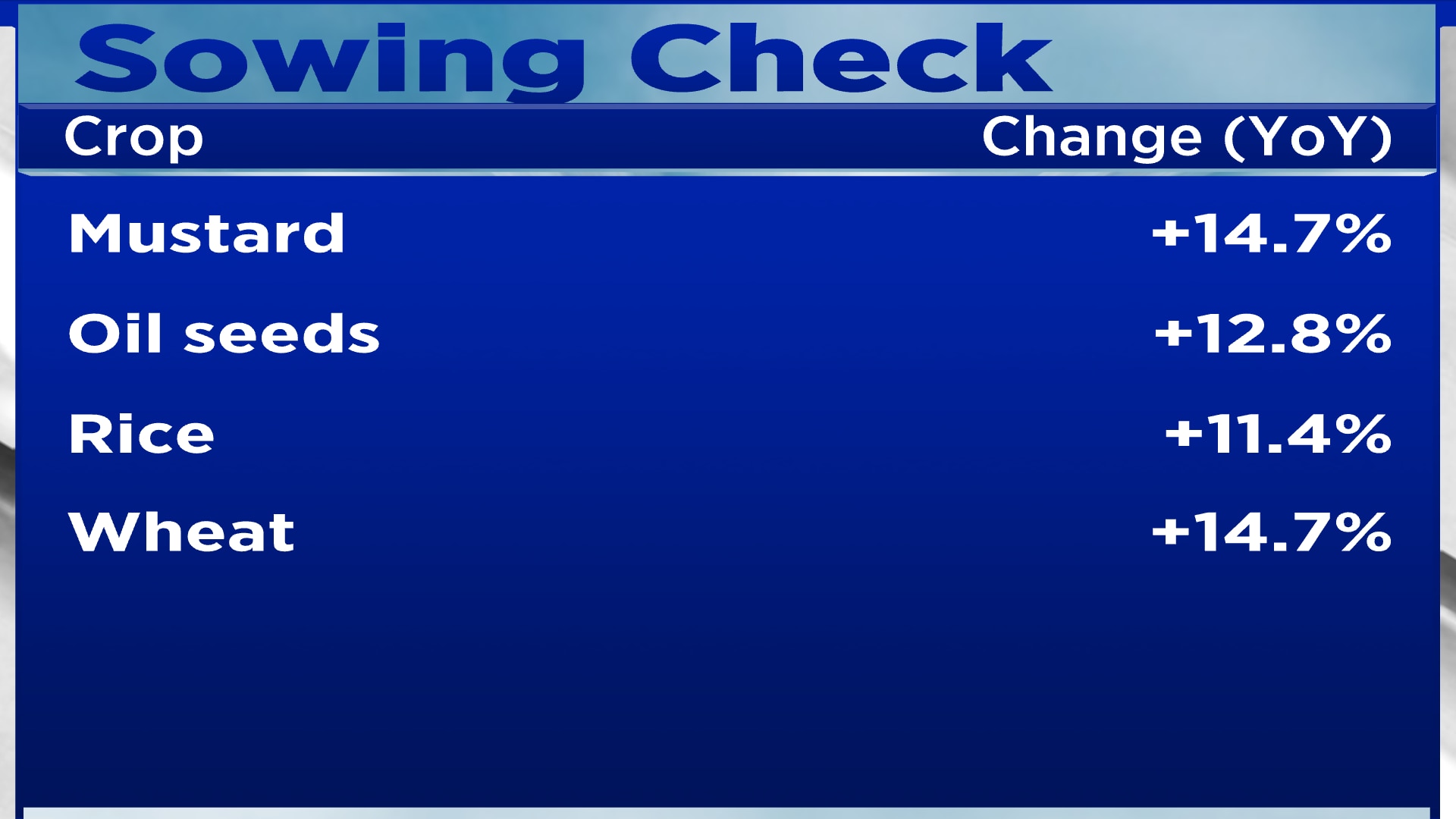 Similarly, prices of other crops like rice, oil seeds, and mustard have shot up in the last six or seven months.  This is also the reason that farmers are sowing these crops more than a year before.
Also Read: Fertiliser subsidy unlikely to hit Rs 3 lakh crore, says government official
Commodities such as lentils, chana, and pulses, which have not seen prices rise to that extent have seen lower sowing in the season. Pulse prices in fact have been sluggish and hovered below the minimum support price or MSP for the most part of last year.