Alyque Padamsee: God of Many Things

Alyque Padamsee: God of Many Things 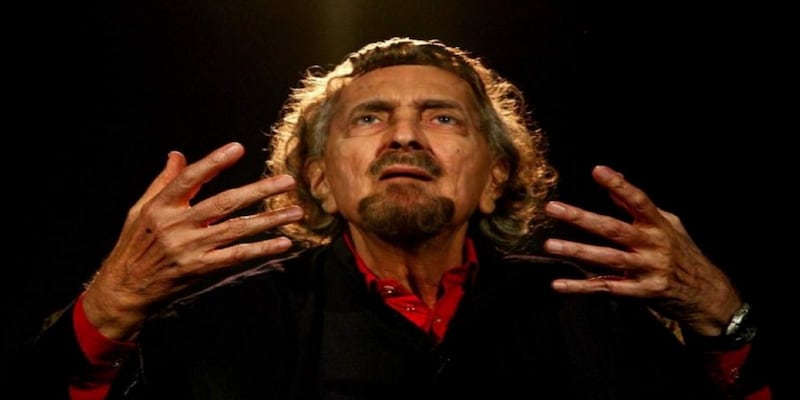 I get to call you that because according to you, the God of Rules, creative people, however old or young, could address you as Alyque, the rest, by rule, had to resort to a more respectable Mr Padamsee.
The advertising industry had many jokes about you referring to yourself as God, but in reality, you were not one God, you were many.
You were the God of Execution. As I wrote elsewhere, the Indian Government should have made you Minister of Execution: we would have had our metros and ports and roads delivered on time.
That came partly from your training in theatre (“Kiran, there are no replays in theatre, remember!”) and partly from your DNA.
I remember being handpicked to write the campaign for the Ministry of Exports in Delhi. We finished presenting the work to you at 2 am. After which you took it all to your hotel room and practiced the presentation before a mirror! I remember you speaking to a 1000-strong audience at AdAsia in Bangkok in 1986: Lalitaji flung water on to you from the screen: the real life throw of water had been rehearsed to perfection the previous night.
You were the God of Nurturing.
You tested creative people by working with them: I got to learn the fine art of script writing from you, in your home, in your car, in Lintas Sydney, where you sent me to learn, what else, but execution, at NCPA, where you were directing Smita Patil in a one-act play. Besides writing for Surf, I wrote for Spastics Society, Bombay Municipality and National Association for the Blind.
You made creativity a CSR activity.
You encouraged us to take up unrelated challenges so we could grow as creative people: Lintas had a famous “After Hours” exhibition every year at the Jehangir!
You got the best in the industry and outside to join Lintas. “I want Lintas to become a Club of Stars.”
You were the God of Details.
Those famous chunky rotary phones that are extinct now? You got them of two different colours: one black, one red, so your trusted aide, George, would not mistake personal and professional phone calls. You wrote messages on chits of paper to all of us, but maintained a copy with yourself, so we got hauled up for not delivering. You created a diary called ACT, to make sure the exploding Lintas population learnt the discipline of time management.
Most importantly, you were the God of Largesse.
You ran a tight ship, which is rare in an industry where few creative heads manage business right, but once Lintas made profits, you shared them generously: we built our middle-class homes around the Lintas gifts!
First a sound-system, then a TV, then a kitchenette, then a fridge…the entire Express Tower would look at us in envy as we stood kerb-side, waiting joyously for the cabs that would carry the booty to our postage-stamp-sized houses in the suburbs. I remember you noticed an injury I’d had in a scooter accident when no one else had, and made the client wait till my arm was tended too.
With you departing from the stage of life, a quirky, colourful, multidimensional era departed.
And many gods inside all of us died with you.
Kiran Khalap is the Co-founder & Managing Director of Chlorophyll Brand & Communications Consultancy Private Limited.
Check out our in-depth Market Coverage, Business News & get real-time Stock Market Updates on CNBC-TV18. Also, Watch our channels CNBC-TV18, CNBC Awaaz and CNBC Bajar Live on-the-go!